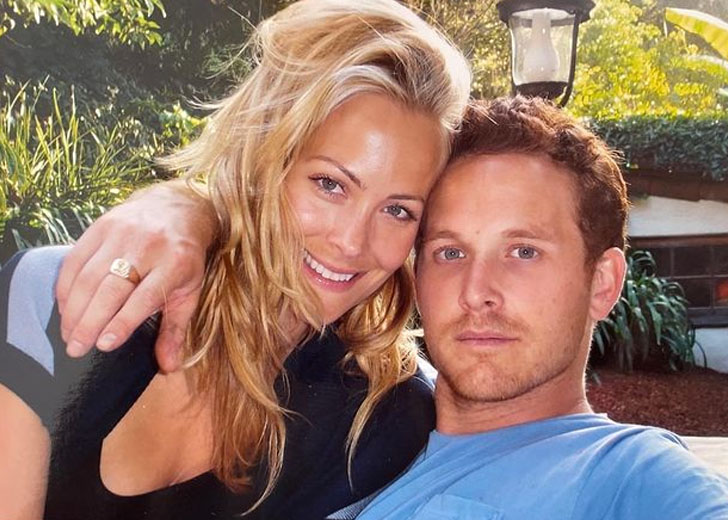 The 2 Fast 2 Furious actor celebrated his 47th birthday on Tuesday, March 22, 2022. To mark that special occasion, his wife Cynthia ‘Daniel’ Hauser took to her Instagram handle and wished him.

She shared a throwback picture from when they were 28 years of age. The now-married couple looked young as ever as Hauser donned a blue-colored T-shirt with pockets.

On the other hand, his former actress wife – now a photographer – was also wearing a T-shirt, which was black in color and had light blue stripes on the shoulders.

She captioned her post with a simple caption. She wrote, “My baby for life. Happy birthday, honey! #28yrsold.” Additionally, she used some emojis, including one balloon emoji, one heart emoji, and one kiss emoji.

Several well-wishers of the actor took to the comment section to pour their birthday wishes. One wrote, “Happy Birthday to the most entertaining talked about ‘Man of the Year’ and Your Lovely wife who has to put up with fan insanity.”

“HAPPY BIRTHDAY. Thanks to the Birthday boy for entertaining us all over the place…and Thank you for sharing him with us,” another Instagram user wrote.

Furthermore, another commented, “Happy Birthday Cole!! Hope you have a wonderful birthday with your beautiful family!! May you be blessed with many more to come!!”

This is not the first time Cynthia has shared a throwback picture of herself with Cole. For instance, on March 26, 2021, she shared an old photograph taken alongside her husband, which was captured 24 years ago.

Additionally, on August 20, 2020, she had posted another old picture back when the couple was 33-year-old.

As of this writing, Cole and Cynthia have been married for over 15 years. They had shared the wedding vows on December 22, 2006, after being in a relationship for years. The duo shares three children: Ryland Hauser, Steely Rose, and Colt Daniel Hauser.

Congratulations to Kristen Hanby and his girlfriend Jasmine Brownsword! 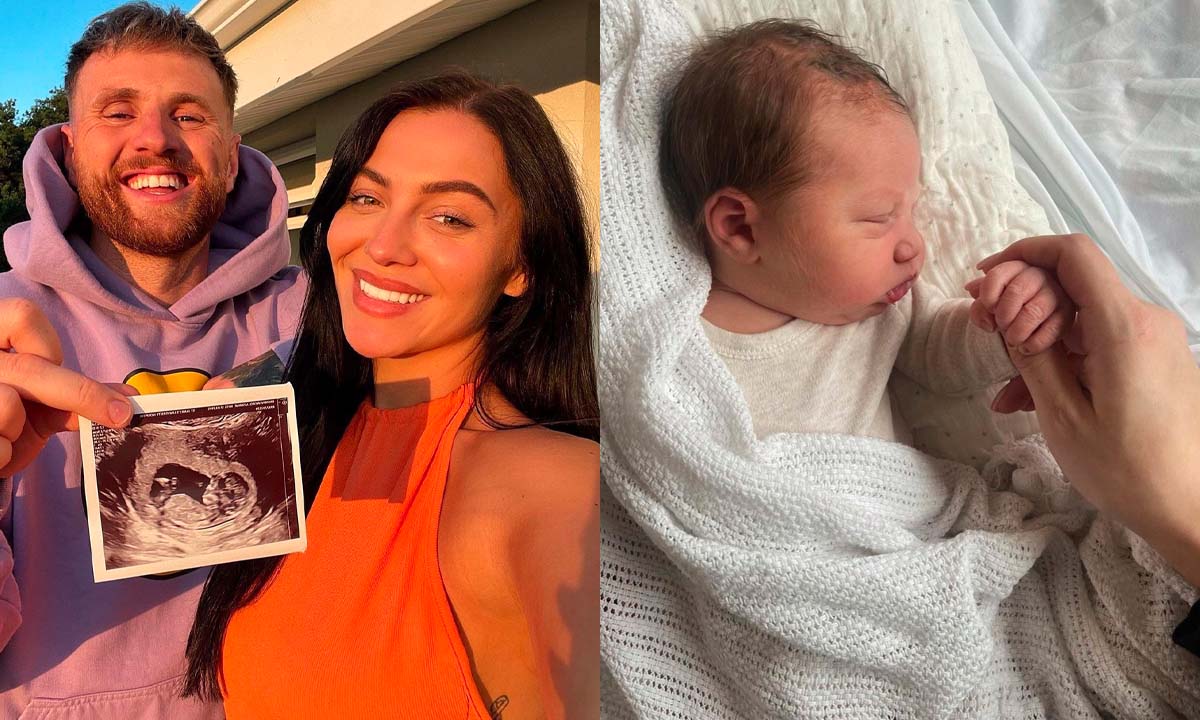 Kristen Hanby and his girlfriend Jasmine Brownsword have welcomed their first baby, a daughter!

Hanby announced that his girlfriend was pregnant with a child on July 24, 2021, on Instagram. He happily announced that he would be a dad as he posed with his baby’s sonography and Brownsword by his side.

Since then, the two have shared their pregnancy journey on social media. Six months after they announced they were pregnant, the two revealed their child, baby name, and baby picture on social media.

On January 25, 2023, Brownsword took to Instagram to post a black and white picture of her and her boyfriend inside the maternity ward. In the photo, she was lying on the bed while Hanby was beside her, hugging her face while wearing a hospital gown that said “Maternity.”

Brownsword captioned the picture as “25/01/23,” indicating that they had given birth to their baby. A day later, she uploaded a couple of baby pictures and revealed the baby name.

She revealed the baby name in the caption, “EMIE BLU HANBY 🤍.” Hanby, the proud father, also uploaded a picture of him hugging his daughter close and revealed her name via caption.

Since their announcement, Hanby and Brownsword’s comment section has been flooded with congratulatory messages from family, friends, fans, and followers.

She wrote a heartwarming caption, “Welcome to the world Emie Blu Hanby 💗congratulations to my wonderful son @kristenhanby and @jasminebrownsword for another beautiful granddaughter. I am so proud to become a nan again.”

Before Hanby and Brownsword revealed their pregnancy to the world, they did it to their friends and family. They compiled a short video of their reaction and uploaded it on their social media.

They told them by either revealing it via donuts or a baby onesie that said “ Baby Hanby, due 2023.”

Hanby and his girlfriend knew they were pregnant with a daughter in August 20, 2022. They had a massive gender reveal party, where they figured out that their child was a girl via a tic-tac-toe format reveal.

They uploaded a video on Instagram where they revealed that they received three pic discs in a row and hence knew they were pregnant with a girl child. Similarly, they were also showered with pink confetti as the mom and dad to be rejoiced and hugged each other.

Brownsword had a circus-themed baby shower in November 2022. Till the birth of her daughter, Brownsword kept her fans and followers updated with her pregnancy journey on Instagram.

Now that their daughter has arrived, the new parents have started posting pictures of her. 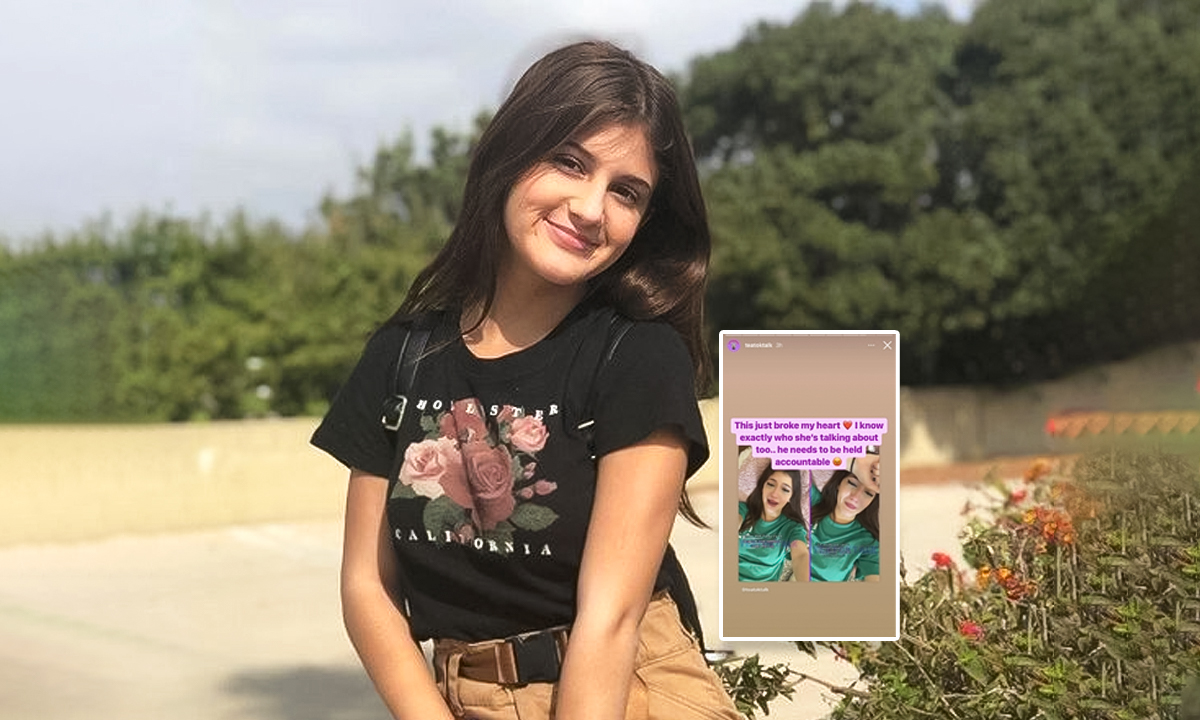 Jenny Popach posted a video on TikTok that made fans worry about her.

Popach is a 16-year-old TikToker who is best known for posting dance videos on her TikTok, @jennypopach. To date, she has amassed over 7 million followers on the platform.

She recently posted a “wand video,” which made fans concerned about her. In the deleted video, she seemingly talked about her recent boyfriend and her toxic relationship with him.

On January 26, 2023, Popach took to TikTok to post a cryptic video which she soon deleted from the platform. There, she talked about her boyfriend and referred to him as a “wand,” hence the name wand video.

On the other hand, she referred to herself and girls as a tube. In the deleted post, she implied that the boy was a little older than her and had been in a relationship with other people.

Her boyfriend told her he always wanted her, and for Popach, their relationship felt like it was meant to be. Before being with this guy, she never was in a relationship “because of the rumors.”

But she thought she would grow to love this boy, so she started dating him. Unfortunately, the relationship was not what she thought it was.

He allegedly used her and hurt her badly. She deleted the video soon after posting it, but many had saved it, and it started making rounds on the internet.

Afterward, Popach posted another TikTok, which hinted at how she started her relationship with her alleged boyfriend. She told him she was interested in his job, and the guy excitedly explained what her job was.

Soon, Popach was smitten by the guy. In another deleted post, she revealed that the situation stressed her.

Fans claim they know who Jenny Popach was talking about in her deleted video. (Source: @teatoktalk’s IG Stories)

She wrote, “I know that if you try to forget it, and sweep it under the rug.” She pointed out that she just wanted to be herself but was paranoid.

She also cried in the deleted post where she wrote, “the sleep I used to get before I met him.” While Popach never took the boy’s name, many fans believe they know who the guy is.

Moreover, many are pointing out that TikToker is talking about her losing her virginity in the deleted video. They believe that the guy convinced Popach to get intimate with him and manipulated her, only to end the relationship after using her.

The blame on her parents

Following Popach’s deleted video, many people are blaming her parents, especially her mother. She is still a child and a minor who an older guy used.

Many fans and followers pointed out that her parents were not taking care of her and warning her about the situation.

This is not the first time Popach’s mother has been called out. For quite some time, people have been commenting about how her mother has been sexualizing her own daughter.

Popach dancing videos enrage netizens the most because they are uncomfortable and inappropriate. They have claimed on Twitter that Popach’s mother may be pushing her to produce similar films.

Simultaneously, many have been using the hashtag #JusticeforJenny to suggest that her mother encourages her to share the obscene dancing videos. Her Instagram photographs are also being noticed by netizens, with many claiming that the youngster dresses and poses inappropriately for her age.

Neither Popach nor her mother has commented on the situation. 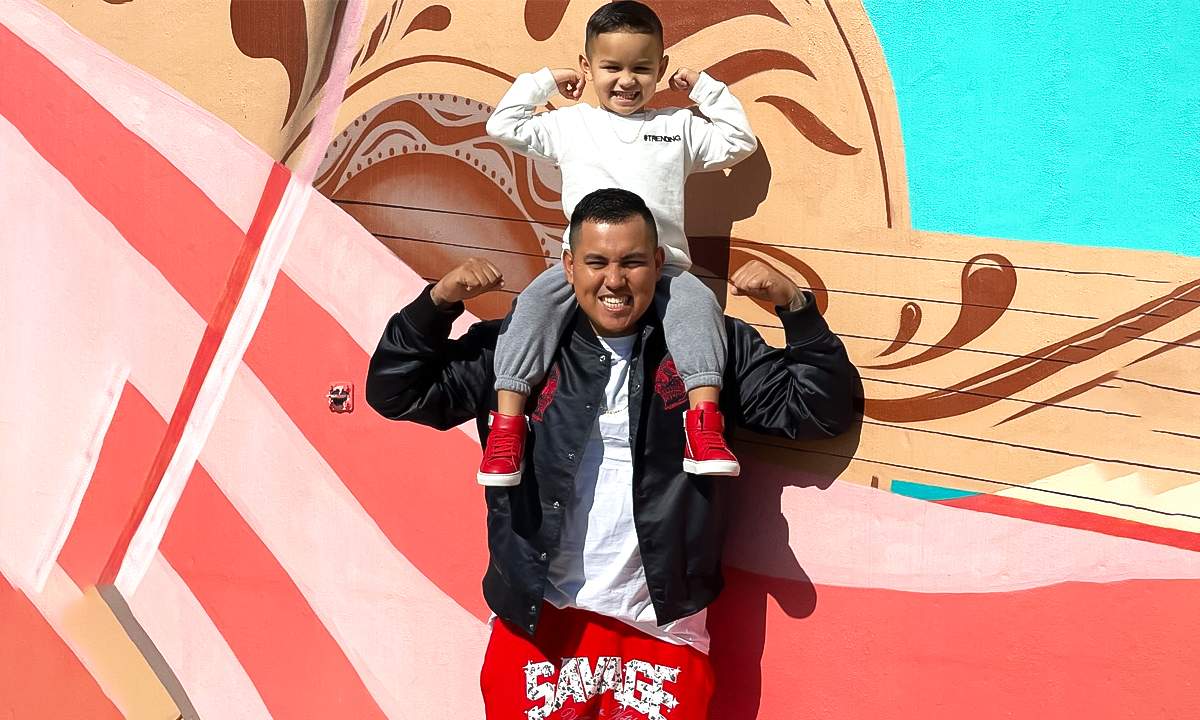 Sad news for the famous TikToker Randy Gonzalez fans – he is no longer in this world. Gonzalez died this Wednesday, 25 January 2023, at the early age of 35.

He was a member of the father and son duo on TikTok named @enkyboys, with 15.6M followers and 296M likes as of this date. His TikTok video usually featured his own family and mainly his son with him.

Gonzalez was born in 1987, and he was from Pearland, Texas. He was married to his wife, Kimberly Gonzalez, and they have a son Brice Gonzalez and two daughters, Lauren Gonzalez and Aubree Gonzalez, together. All of them have appeared in Enkyboys’ TikTok.

Brice is also a TV star, thanks to his father’s fame. He had appeared as the character Chance in NBC’s Lopez Vs. Lopez. According to Yahoo! News, he’d also been signed to an Eva Longoria project.

With the ample amount of fame, TikToker has made and gained plenty of fans, and it makes many of us sad to know about his death. Let us know what the cause of his death is.

Cause of Randy Gonzalez’s death

Gonzalez has been battling colon cancer for a long time, and we came to know it was the exact reason that he took his life.

TMZ revealed the news of Gonzalez’s death and confirmed that it was due to cancer. The news portal tweeted, “Randy Gonzalez, the father in the popular TikTok duo Enkyboys, has died … following his battle with cancer that lasted a little over a year.”

The TikToker had been open about his health condition. He broke the news in April 2022, informing the fans he was diagnosed with colon cancer about six months prior and he was given 2-3 years to live. However, chemotherapy could still extend his life to 5 more years.

“I got an announcement to make, and it’s not good,” he said in the heartbreaking video. “Six months ago, I don’t even know how to say this, but six months ago I got diagnosed with stage four cancer, colon cancer.”

“I kept it to myself, and I felt like it was selfish, because I didn’t want to tell everybody my business because it was personal. But I feel like I can use my situation to give awareness for young men like myself,” he added.

The viral star and his son, Brice, also used the power of social media to spread awareness regarding colon cancer. The duo has gained extreme popularity from the awareness videos they have created.

Even in their TikTok bio, they introduced themself, saying, “Enkyboys stands for #coloncancerawareness.”

Gonzalez asked for help with his fan

Along with the awareness video the Gonzalez family shares on the internet, they also used the platform to ask for genuine help from their fans.

The family also created a GoFundMe to help him pay for his treatments as he claimed the Cancer Center at the University of Texas denied them, stating that Gonzalez didn’t take his insurance. So appealed to his fans to donate money to his fundraiser.

We could see his statement in his GoFundMe, noting, “Hello, my name is Randy Gonzalez, and this fundraiser is to help me to pay for my treatment at MD Anderson and to bring awareness for Colon Cancer to all young men who are not familiar with it.”

“For all who may not know it runs in their family or for those who may have mutated it like myself! Thank you all for the love and support. Without y’all, we couldn’t be the Enkyboys.     F CANCER!” he added.