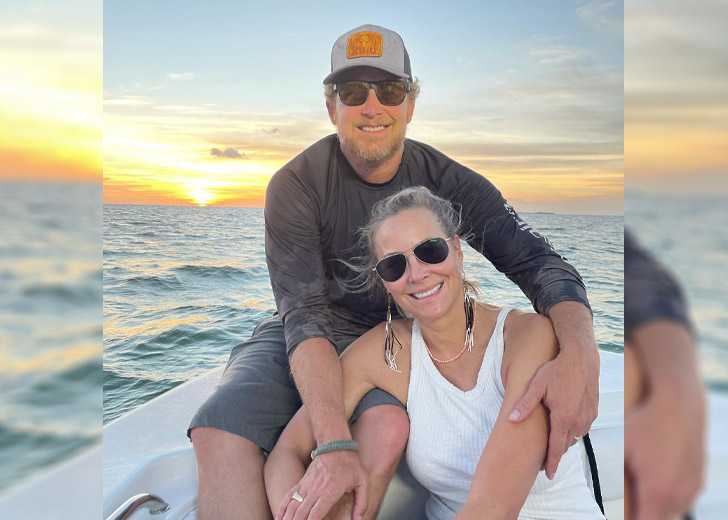 American actor Cole Hauser has been married to his wife Cynthia Daniel, also named Cynthia Hauser, for more than 14 years.

Over the years, the duo has maintained a strong bond filled with love and respect for each other. Additionally, they could be seen sharing several pictures alongside each other on their respective Instagram handles.

Who Is Cole Hauser’s Wife?

If you are familiar with 90s movies and TV shows as well as commercials, then you’ll certainly recognize who Hauser’s wife is.

Daniel is a former model and actress who is currently a photographer. She started her career at an early age as a model. Later, she transitioned into acting and appeared in a number of movies and TV shows.

Among all that, her appearance as Winkie in The Basketball Diaries and Elizabeth ‘Liz’ Wakefield in 1994-97’s TV series Sweet Valley High provided her with the most limelight.

Born in 1976, she is 45 years of age now. She celebrates her birthday on March 17 every year. Her birth name is Cynthia Lynn Daniel, and her nickname is Cyn. Additionally, her zodiac sign is Pisces.

She was raised in Gainesville, Florida, by her parents, Carolyn Daniel and Chartlon B Daniel Jr. Her father passed away in 2008, at the age of 69, due to cancer.

Hauser’s love story with his present wife goes way back to the late 1990s before they married.

Though not much is known how and when the couple met, Daniel’s Instagram post of March 26, 2021, gives us an idea that they were together in early 1997. She had shared an old picture of hers and Hauser with a caption, “Young love. #24yrs ago.”

After dating each other for almost a decade, the two finally settled down. On December 22, 2006, Hauser and Daniel shared the wedding vows amongst close friends and family.

Since then, the married duo has always been together, holding each other’s hand and supporting their significant other through thick and thin.

Daniel can often be seen sharing some old pictures captured alongside her husband. For instance, on August 20, 2020, she shared a picture in which she was resting her head in her partner’s arms.

“Throwback with my love @colehauser22 when we’re 33 yrs old #partnerincrime #soulmate #tbt,” she captioned her post.

Hauser and his wife will soon complete 15 years of their marital relationship. And, considering that the two have been together since the 1990s, it can definitely be said that they are made for each other.

The Married Duo Is Blessed with Three Children

Not only have they been a wonderful partner to each other, but they are also great parents to their three kids.

Two years before Hauser and Daniel tied the knots, on September 20, 2004, the couple welcomed a baby boy into their family. His name is Ryland Hauser.

The addition of three more family members has certainly made the couple happy. And, even though Hauser gets busy with his work, he always manages to make time for his children as well as his wife.

Speaking more on that, the actor mentioned his role as a husband and father during his 2020 interview with The Havok Journal. He said, “I am always making time for each and every one of my children and also my wife, also, as a family together.”

“I am good about making time for the whole family. You have to figure that balance out. But as a father and a husband you have to make the time and work just as hard at it,” Hauser further added.