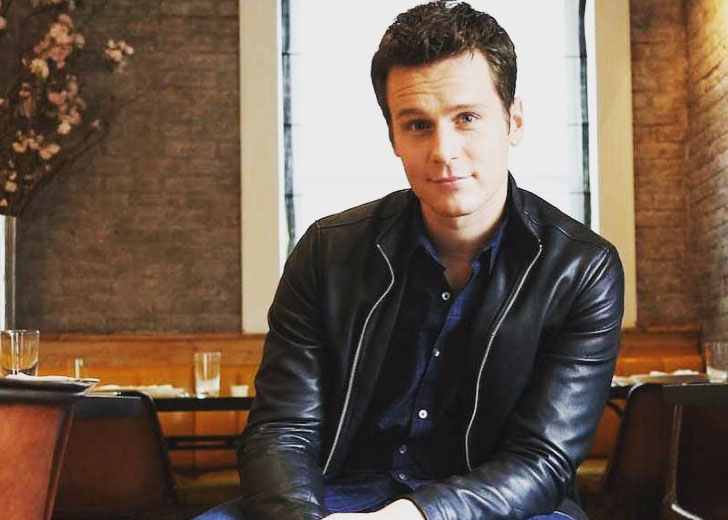 Jonathan Groff is an American actor and singer who has risen to fame for his performances on the big screen, television, as well as stage. He first gained the spotlight for his performance in the Broadway production of Spring Awakening.

Coming over to his personal life, the Primetime Emmy-nominated actor is openly gay and could be seen advocating for the LGBTQ+ community.

Jonathan Groff Publicly Came Out in 2009

Before the Equality March in October 2009, Groff probably had no thoughts on coming out of the closet, especially when being openly gay was quite the big deal in the entertainment industry.

However, he had the sense that he wanted to be open about who he was. At first, he came out in front of his friends and family. Following that, he had to think for a while before coming out publicly and there also wasn’t any opportunity to do so.

“But then I was at the march on Washington.” Groff told Broadway.com. While he was there, at the Equality March, one Broadway.com reporter approached him and asked “Are you gay?” At first, he backed off and took some moment.

Later, the reporter told him, “Oh my god! I don’t want to make you feel weird. Forget I said that.” But, when he looked at his then-boyfriend, he felt so wrong as he always knew that he would come out.

“To me, love is more important than career,” he added. Groff went back to the reporter and told her, “Hey, I know you wanted to ask me a question. I’m sorry to walk over here again after you just asked me that. But yeah, I’m gay.”

After hearing the answer, the reporter said, “On the record?” to which the actor replied, “Yes.”

Although he had come out of the closet, he had a fear of being typecast as gay only on-screen. As per The Net Line, he had told Fourtwonine Magazine, “When I came out, I made peace with the fact that maybe I wouldn’t be a huge movie star of a huge TV star. But I’d rather be a working actor and not hiding anything in my personal life.”

Fortunately, as time passed and he was cast in several roles, either a gay or straight character, the fear passed away. “Weirdly, after I came out, I began to get a lot more film and television work,” he further told the Magazine.

The two-time Tony Award nominee is yet to share the wedding vows with a husband. But, that doesn’t eliminate the fact that he is presently romantically involved with someone.

The Mindhunter star has been in a dating relationship with his long-time boyfriend Corey Baker. The pair met each other in early 2018 when Groff and his mother had traveled to New Zealand.

During his stay in New Zealand, the actor did a teaching job at Christchurch International Musical Theatre Summer School. While he was there, initially, he probably had no idea that he would be close to someone, let alone find a partner.

But, as fate had it, he met his now-boyfriend. After knowing each other for a while, they began dating each other. However, things were not that easy at first as both of them were living with their mothers at that time and they had to keep their togetherness a secret.

Talking more about the topic during his appearance in The Late Late Show with James Corden, Groff said, “Our initial sort of, like, dating was very cordial and very, like, high school.”

He continued by saying, “So, there was, like, kissing and then I would drop him off at his mom’s house. It was very old school. It was good. It built up a lot of nice tension that paid off later.”

Well, it seems it has certainly paid off as the couple has been relishing amazing times alongside each other. But, with Groff out of all the social media platforms, there are not that many pictures flaunting around the internet.

Speaking of why he doesn’t use social media, he told Broadway, “I don’t like being on my phone. It’s just not my thing. I don’t think it would be effective simply because it’s not something that gets my heartrate going. No one has ever pressured me into using it.”

Before meeting his present boyfriend, in an unusual way, the 5 feet 11 inches tall actor was in a couple of relationships.

His first known relationship was with the American actor and singer Gavin Creel. The two had started dating in 2009 before Groff had publicly come out as gay. Their relationship didn’t last long as they reportedly split in 2010.

In 2010, Groff began dating another American actor named Zachary Quinto, just a year after Quinto also came out as gay. The pair seemed happy with their relationship which was also told by Groff’s statement to Out Magazine.

He had mentioned, “I’m incredibly happy and lucky. I found myself in a pattern of being attracted to people who were somehow unavailable, and what I realized was that I was protecting myself because I equated the idea of connection and love with trauma and death.”

The now-former duo continued to be together till July 2013 when announced their split. At that time, a source told US Weekly that Groff and Quinto’s hectic work schedules were the reason behind their breakup.

Later, in his 2018 interview with FourTwoNine, Groff talked about how there is a benefit to dating an actor. He said, “I feel like in dating actors the nice thing about it is they understand the schedules involved or having to leave for three months to shoot something and all of that.”

Following his split with Quinto, there were no reports of him dating anyone else, until his relationship with his current partner came out.