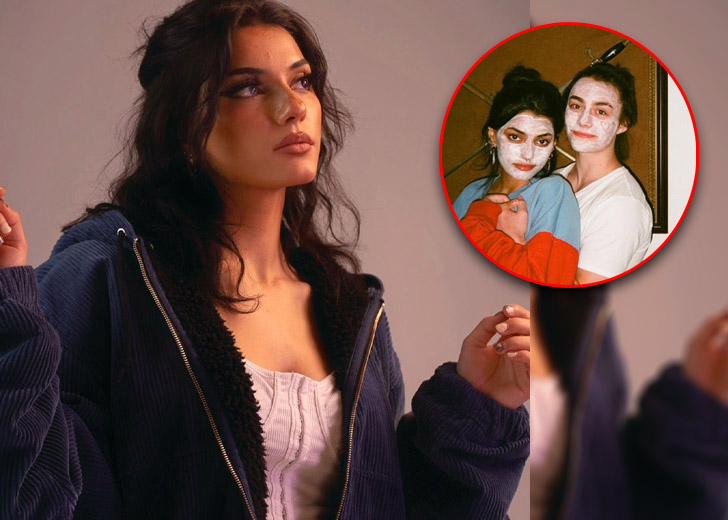 Noor Dabash seems to have found love, less than a month after she accused her former friend, Nicholas Ray, of sexual assault.

The TikTok star’s new partner is Bryce Mckenzie, who is an athlete. She made her relationship with him Instagram official on October 8, 2021, after sharing some snaps alongside him.

The pictures were from a prom night that they had attended as a couple. Her caption “couldn’t have fallen harder in love tbh” also clearly hinted they were a thing.

Just a day later, Mckenzie also made posted a series of pictures alongside Dabash, depicting how she asked him for prom. “Story line of her asking me to prom :),” he captioned those pictures.

Since then, the couple has usually flaunted several pictures alongside each other, leaving their fans to just adore their togetherness.

Dabash and Mckenzie’s recent post featuring each other was on November 26, 2021. The TikTok star had shared multiple pictures and clips alongside her boyfriend in which they were either holding hands or hugging or kissing each other.

“so grateful for my baby <3 i love you,” she captioned her post. In the comment section of her post, the athlete went on to write a sweet comment. He had written, “I’m so in love with you. I’m thankful for you and everything you do for me.”

Going by all of it, it’s pretty clear that the two are in love and their togetherness is something to be adored.

Who Is Noor Dabash’s New Boyfriend?

Dabash’s new boyfriend, Bryce Mckenzie, is an internet personality as well as an athlete who went on to garner the limelight through his dance and lip-sync content on TikTok.

Currently, he has amassed more than 4.9 million followers and 123.8 million likes on his brycemckenzie TikTok handle. In addition, he has a healthy fan following on Instagram, with over 591,000 followers.

Speaking of his other details, he is presently 19 years of age. Born in 2002, he celebrates his birthday on April 10 every year. His zodiac sign is Aries.

Not much is known about his parents and siblings as Mckenzie has kept all of those details up to himself only.

As for his personal life, before dating Dabash, he was in a relationship with Riley Guerin. They began dating in 2020 and broke up sometime later.

Things were not exactly smooth between them, which resulted in them walking down separate ways. Later, on November 17, 2021, Dabash claimed that she was sexually assaulted by Ray.

She had made a TikTok video that consisted of screenshots of Ray’s Instagram and TikTok handle. Additionally, there were pictures of the former duo as well as some alleged text messages between the two.

In the caption of her TikTok video, she had written, “hey @Nickolas who else are you gonna tell i’m lying? i was 17. you were 21.”

Not only that, on the same day, she made a tweet of two pictures in which she gave further explanation on what had happened. Despite those allegations made by her, Ray is yet to respond to them.