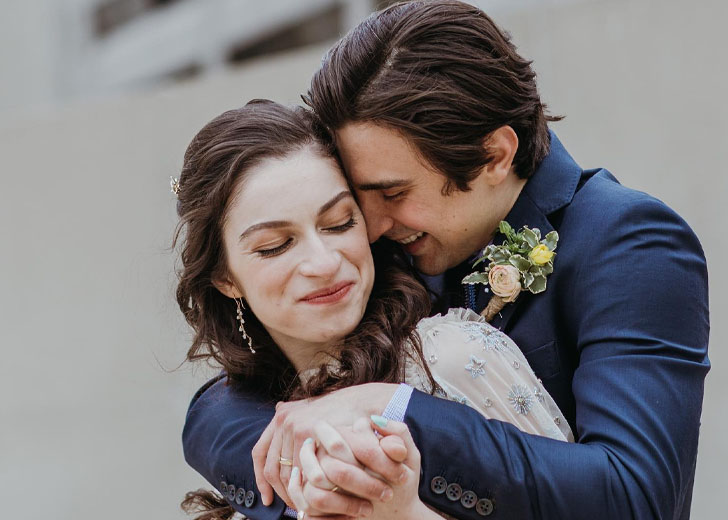 Sydney Meyer and her husband Alex Ozerov are now married for a year.

The happily married couple completed one year of their marriage on Monday, March 28, 2022. Marking the special occasion, the Canadian actress took to her Instagram handle and made a heartwarming post.

She shared a picture, taken at their mid-pandemic wedding, where they were facing each other. Captioning the post, she first wrote, “A year ago today, I married the man I thought existed only in my wildest dreams. In the same place, we had our first date years before.”

Meyer then added that she and her husband are now having a brunch in their house one year later while singing Taylor Swift’s songs. “Very happy with the year. I’d like to renew my lease, please,” she concluded.

Ozerov also marked their wedding anniversary in the same way. Sharing a couple of pictures from their wedding, he wrote that one year ago today, he married his best friend and the love of his life, and it was the biggest win in his books.

Sydney Meyer and her husband Alex Ozerov at their wedding (Photo: Instagram)

Recently, on International Women’s Day, March 8, the Russian-born Canadian actor dedicated a special post to his wife. He shared several pictures of them taken during their trip to New York City and wrote:

“Wonderful time in new york with my one and only. You open my eyes and make my heart fuller and kinder everyday. You are my light during the darkest hours. And you’re one impressive girl. Happy international women’s day.”

Meyer had also dedicated a lengthy yet heartful post to her husband on February 16, 2022. In the caption, she talked about the illness she has been suffering from for a while and how it gets very hard to deal with on some occasions.

She then thanked her partner, who has always taken care of her and taken time to study more on her illness. One of the lines from her caption read, “I am so thankful to have a partner that’s willing to stand by my side through all the ups and downs that come with this.”

Meyer and Ozerov first began dating a couple of years ago, on July 12, 2019. They publicly announced their togetherness on October 9 of the same year. Then, around a year after being together, they announced their engagement on June 9, 2020.

As both of them are actors, they also got the chance to work together — they starred in the fourth season of Slasher: Flesh & Blood. Months after that happened, on March 29, 2021, the engaged couple tied the knots in a small wedding ceremony.