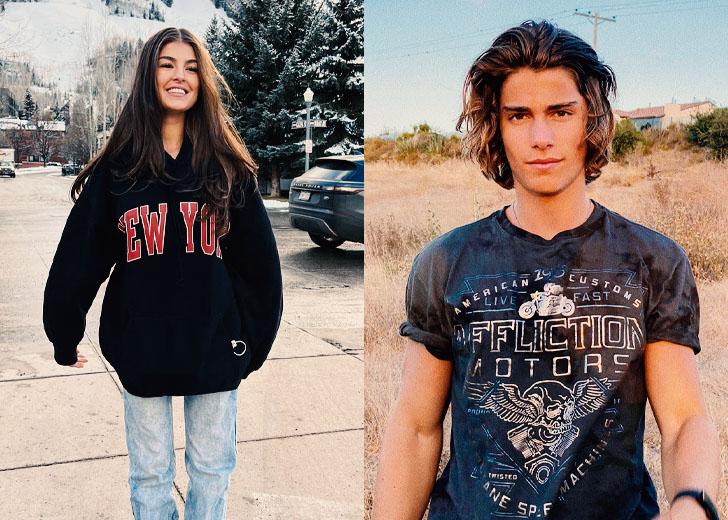 The Costa Rican model plus TikTok star has allegedly parted ways with her boyfriend, Corrado Martini. As per reports, Martini cheated on Sánchez with another girl in New York City.

Sánchez has already deleted all the pictures and videos alongside Martini on her Instagram handle. And the same has been done by Martini too. Additionally, they have now unfollowed each other on the social media platform.

The news of their breakup was first reported by a Twitter user who goes by the username of @exposing_yt, who was tipped off by an insider. In his tweet, the Twitter user had posted a series of pictures of Martini alongside a teenage girl in the streets of New York City.

The girl, whose identity has been kept a secret, was very close to Martini. In those pictures, they were walking side by side and hugging each other. After a short walk, they went inside a bar. In the caption, the user had written, “Corrado in these photos cheated on his girlfriend Darianka with another female in NYC.”

As the user went on, he mentioned that Martini is 19 years of age while the girl he was hanging out with is only 15. “I’ll keep her unnamed for privacy,” the user added in the end.

After posting those pictures with such a caption, the same Twitter user added more photos of Martini with the unnamed girl while having some drinks in the bar.

Corrado Martini (in black) with the unnamed girl in a bar (Photo: Twitter / exposing_yt)

Some hours later, one Twitter user pointed out if hugging each other is “cheating now?” To that, the owner of the tweet claimed that Martini was not only hugging the girl but was also “trying to hook up with her THAT night” while being in a relationship with Darianka “and texting her.”

As of now, neither Sánchez nor Martini has given any comments on the topic. Similarly, they are yet to confirm their split. Nonetheless, both of them deleting each other’s pictures and unfollowing each other on Instagram hint that they are no longer together.

Although the TikTok star hasn’t given out anything on her split with Martini and him cheating on her, it seems like she has hinted at something via her Instagram stories.

She had shared a song from Spotify just a couple of hours before the news of Martini cheating on her broke out. The song was ‘Eventually’ by Tame Impala – a musical group led by Kevin Parker. The music itself is a heart-wrenching one.

Besides, the singer of the song, Parker, has previously mentioned that the song “tackles the struggle of knowing that you have to leave something, that you’ve gotta move on, knowing you’re about to damage someone, and the only consolation is that a long time in the future, it’s going to be OK. It’s going to work itself out.”

In another story, she revealed that she was traveling to Los Angeles from Newark, New Jersey. She had posted a picture of her flight destination.

After the news of Martini allegedly cheating on Sánchez broke out, fans have taken to their Twitter handles to express their views.

One Twitter user expressed her anger and wrote, “imagine cheating on darianka that’s so [expletive] embarassing.”

Similarly, when the Instagram handle of tiktokroomtm broke the news of Sánchez unfollowing Martini and deleting pictures of him, fans also took to the post’s comment section and gave their opinions.

“They just went on a vaca ): that’s so sad,” one wrote, referring to the vacation Sánchez and Martini went on in January 2022 to celebrate her birthday.

Another Instagram user wrote, “dudes 19 and from what i’m hearing he got w a 15 yr old? that’s gross.”

Furthermore, one user wrote that Martini cheated on Sánchez, so why shouldn’t she unfollow him and delete all pictures with him. The exact words were, “he cheated on her so why wouldn’t she.”