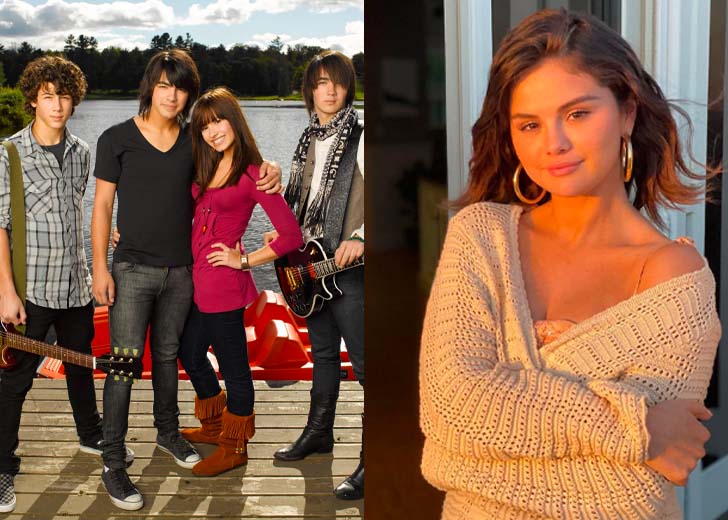 Selena Gomez might have appeared in Disney’s musical television film Camp Rock alongside the Jonas Brothers as Mitchie Torres instead of Demi Lovato.

The ‘Rare’ singer was actually the initial choice for the role of Mitchie, according to Disney Channel’s Gary Marsh, but “she wasn’t ready to explore that part of her gift yet and wanted to build her acting base first.”

Similarly, Gomez’s choice to decline the role of Mitchie was explained by television director David DeLuise.

In an interview with the Wildchats Sports Podcast on Monday, November 7, DeLuise disclosed that Gomez was the first choice and that, if she decided against it, Lovato would land the role, so she passed the part.

Demi Lovato reflects on getting the role in ‘Camp Rock’

On August 24, Lovato discussed the beginning of her career on the network and referred to it as “the golden era of Disney” while speaking on the Call Her Daddy podcast.

If you need a reminder, Jonas had two seasons on the Disney Channel from 2009 to 2010. It followed the JoBros as they balanced their lives as regular teenage males with their obligations as influential pop singers.

“I remember I didn’t get it, and I was crushed. I was heartbroken,” said the ‘Dont’s Forget’ singer. But, she was offered the roles for two other projects, Sonny with a Chance and Camp Rock, and she, of course, booked both.

The singer claimed, “So like that, for me, was like, I get my own movie and my own TV show? Are you kidding? Like, on Disney Channel?”

Gomez recently discussed her childhood stardom, including the time she met fellow singer, on The Hollywood Reporter’s Awards Chatter podcast in promotion of the next season of her Hulu series Only Murders in the Building.

She claimed that she and Lovato were two of the seven youngsters chosen from among approximately 1,500 others during her initial audition for the Barney crew.

“The wildest part of that story is that she was actually the girl standing in front of me. I remember she had a red bow on, I’ll never forget it,” Gomez shared.

However, Lovato and Gomez aren’t as tight today; Lovato revealed to Harper’s Bazaar that their relationship has soured.

Sonny with a Chance actress, claimed, “When you grow up with somebody, you’re always going to have love for them. But I’m not friends with her,” and ill always have love for her, and I wish everybody nothing but the best.”

Keep reading Glamour Buff for more stories like this