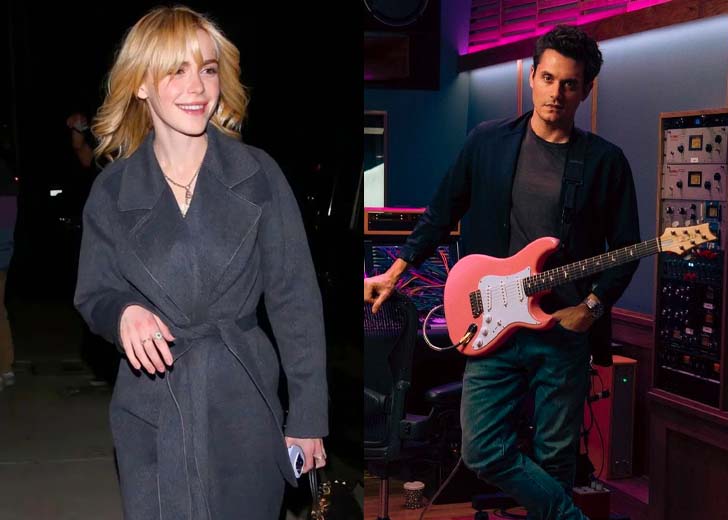 Kiernan Shipka said, “don’t believe everything you see on Deuxmoi.”

Actress Shipka, who is considerably younger than Mayer, was seen having dinner with him on Sunday at Giorgio Baldi in Santa Monica.

The 45-year-old singer of the hit song ‘Your Body Is a Wonderland,’ who wore a black windbreaker over an olive shirt and grey cargo pants for a casual cool look, is rumored to have serenaded Shipka, 22, throughout the four-hour supper.

The 22-year-old, who rose to popularity as a child star on the critically acclaimed show Mad Men, looked as stylish as ever for the outing in a sleek grey trench coat and black trousers.

The young actress, who is best known for playing Don Draper’s daughter Sally in the AMC show Mad Men, accessorized with a silver chain around her neck and a black purse.

Apparently, after a few drinks, the singer began singing to Kiernan, according to other diners. Around midnight, they both departed in separate cars, a few minutes apart from one another.

A bystander alleged that their vehicles pulled over to the side of the road, where Shipka entered Meyer’s black Chevy Suburban limo before being driven to her house.

The two have previously been spotted together. In early February 2022, right around Valentine’s Day, the 45-year-old singer was seen hugging the 22-year-old Chilling Adventures of Sabrina as they exited the Tower Bar of the Sunset Tower Hotel in West Hollywood, California.

Back in July 2021, Shipka was spotted exiting John’s record listening event, and just recently, the two of them were the focus of a blind item on Deuxmoi.

Deuxmoi was on them months before, and according to the gossiper via Just Jared Jr, Shipka “has been seen at a very popular LA hotel bar with this A list musician on several occasions.”

However, a few hours ago, Shipka reacted back to the claims made by Deuxmoi. The gossiper, through her Instagram story, disclosed that last week someone overheard Shipka telling someone, “don’t believe everything you see on Deuxmoi.”

While there are numerous claims, as per several reports, the pair is reported to be just friends, but the Riverdale actress’ contradicted the whole theory with her reaction to Deuxmoi.

Are they really just friends, or are they not, is a question that needs to be addressed by the duo to remove all the confusion among their fans.