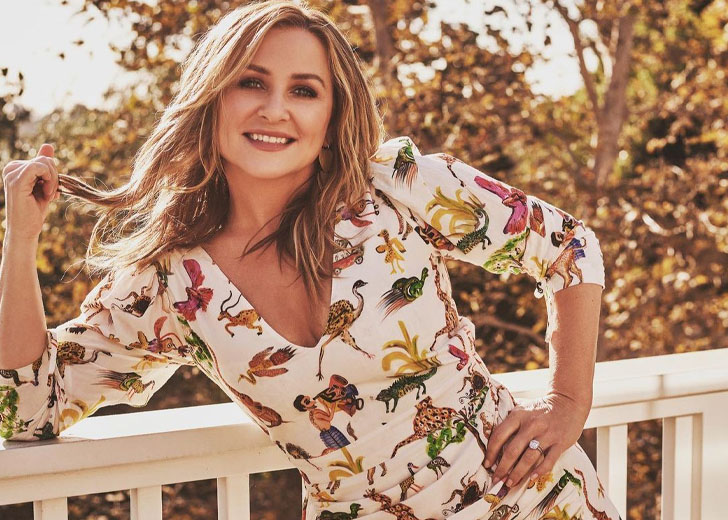 Jessica Capshaw is a talented American actress who rose to the limelight for her performances in several movies and TV shows. But, her work in the ABC medical drama Grey’s Anatomy was the one that helped her rise to the top.

In that television show, she portrayed the role of Dr. Arizona Robbins. Her character was first introduced in the 11th episode titled ‘Wish You Were Here’ of the show’s fifth season, which aired on January 8, 2009.

Although her character of Dr. Robbins was originally intended to appear on three episodes only, Capshaw’s performance forced the show creator Shonda Rhimes’ hands to continue Dr. Robbins’ character arc for several seasons.

Fans of the show last witnessed Capshaw’s portrayal of Dr. Robbins in the 24th episode titled ‘All of Me’ of Grey’s Anatomy‘s 14th season that premiered on May 17, 2018. During the course of the show, the audience saw Dr. Robbins fall in love, get married, and divorce.

In season eight, she also got into a horrific plane crash. Thankfully, she survived the crash, but two beloved characters, Lexie Grey (Chyler Leigh) and Mark Sloan (Eric Dane), didn’t. However, that crash did have a huge impact on Dr. Robbins’ life – she had to lose her leg.

Does Jessica Capshaw have a fake leg?

Capshaw doesn’t have a fake leg in real life. The queries of the actress having a fake leg started after her character in Grey’s Anatomy got into a plane crash and had to lose her leg to stop developing a life-threatening infection in her left leg.

Going more into the topic, Dr. Robbins was initially against the idea of surgeons amputating her leg. But, when her condition became serious, she agreed to it and had to cut off her left leg. After that surgery, Dr. Robbins took some time to come to terms.

Finally, in the fourth episode of season nine, she agreed to pay a visit to the hospital and get fitted for a prosthetic leg. As per reports, the Grey’s Anatomy team had hired A Step Ahead Prosthetics to create “realistic-looking, high-heeled transfemoral prosthesis” for Capshaw’s character.

A special prop leg with a harness for a non-amputee was further designed by the medical lab team. It’s reported that the prop leg was made from a cast of Capshaw’s upper thigh and used real prosthetic components.

In the end, the prop leg was covered with silicone skin color to match the actress’ skin tones.

Grey’s Anatomy viewers saw Capshaw’s Dr. Robbins wear a prosthetic leg sometime after her plane crash in season nine until her exit from the show in season 14.

However, they might be surprised to learn that the actress used the fake leg only once in the show. During a Grey’s Anatomy reunion on Stars In The House on January 15, 2021, Capshaw made a special guest appearance.

During that moment, the hosts asked the actress one of the burning questions that fans had regarding her character in the show, which was “What was it like filming with a prosthetic leg?”

As she went on, she mentioned that many of her scenes that showed her amputated leg were done behind a green screen, and the visual teams did CGI on them.

Several years before mentioning these statements, on March 14, 2014, Capshaw had actually posted a photo via Twitter and showed how her legs looked before and after using CGI.