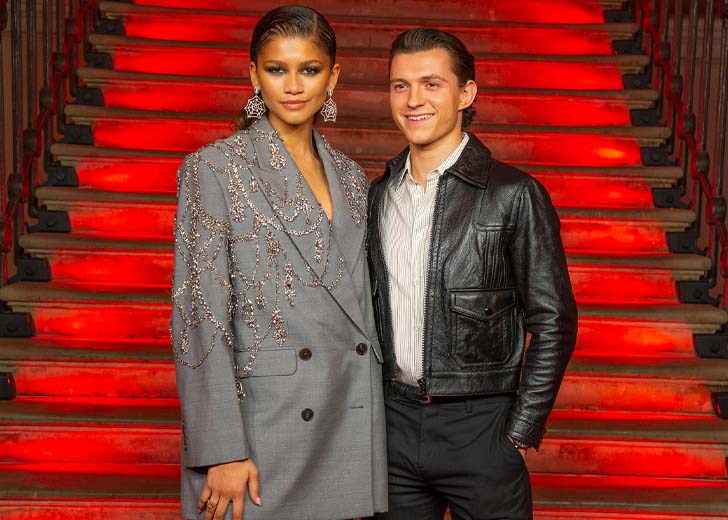 Many Twitter users think that Tom Holland and Zendaya recently got engaged.

However, the couple hasn’t publicly discussed a potential upcoming engagement, and outlets like Us Weekly Magazine and Pop Tingz have emerged, confirming the rumors.

People wouldn’t be surprised if the rumor were genuine, given that the two have been almost inseparable for months after witnessing an on-screen connection in Spiderman: No Way Home.

The couple has also recently been house-hunting.

A source exclusively told Us Weekly that the Euphoria actress and the English actor “seem serious and permanent,” in the most recent edition.

The source added, “They’re both in settling-down mode and are absolutely planning for a real future together.”

Since fans discovered that their favorite MCU actor and the Dune actress allegedly wanted to settle down together, there have been rumors of the couple being engaged.

On Twitter, a lot of other outlets have made the same claim. The Twitter account Pop Tingz posted a snap of the lovebirds along with the message, ‘Tom Holland and Zendaya are reportedly engaged!’

It is important to note that neither the K.C. Undercover star nor the Uncharted player has independently confirmed this.

Furthermore, the UK-based fast fashion retailer PrettyLittle Thing also tweeted that the pair were “reportedly considering getting married and starting a family.”

Zendaya‘s mother, Claire Stoermer, seems to have commented on the online reports that her daughter is engaged to the MCU hero.

The pair was said to be ready to “settle down,” which sparked the engagement rumors.

However, Stoermer has reportedly denied the rumors after sharing a message about “click bait” on her Instagram story on Wednesday, November 30.

The Instagram story read, “Clickbait typically refers to the practice of writing sensationalized or misleading headlines in order to attract clicks on a piece of content,” and further described it.

Since Holland and Zendaya first met on the set of Spider-Man: Homecoming in 2016, there have been rumors that the co-stars were dating.

The iconic duo waited until certain kissing pictures did the talking before admitting or denying their relationship.

Because of their on-screen chemistry during the Spider-Man: Homecoming press tour, rumors initially came to light. Despite their denial of dating rumors, insiders claimed they are secretly dating.

A source said, “They started seeing each other while they were filming Spider-Man,” to People in July 2017.

However, in 2019, both actors seemingly dated other people. Zendaya began seeing her Euphoria co-star Jacob Elordi in the summer of 2019 after they were spotted taking vacations in Greece and Australia for Thanksgiving.

On the other hand, Holland made his relationship with girlfriend Nadia Parks Instagram-official in July 2020 after the two reportedly spent time in quarantine together during the lockdown.

In February 2021, After accidentally tagging Zendaya in one of his Instagram posts and the internet going crazy, Holland described the ongoing rumors about his love life as “incredibly frustrating.”

Later the same year, in July, when Page Six published images of the couple making out in Holland’s car while out on a drive in the Silver Lake neighborhood of Los Angeles, Twitter went frenzy.

The English actor and the American actress finally made their relationship Instagram official when he posted a sweet mirror selfie on his Instagram on September 1, 2021, to wish Zendaya a happy 25th birthday, one month after they were spotted kissing in his car.