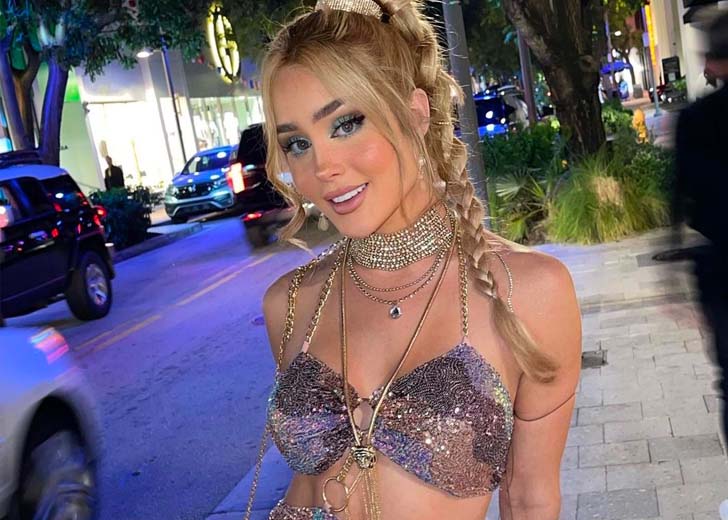 Mia Dio, a well-known social media figure, is no longer available on the single market. Sad news for the boys out there, as she has fallen in love.

On December 5, 2022, Mia revealed that she had fallen in love with a Puerto Rican. She wrote a lengthy Instagram caption that began, “You may ask yourself, ‘Why is Mia always in Puerto Rico?’” alongside a couple of self-portraits.

The 21-year-old proudly stated, “I, one of the material girls’ strongest soldiers, have fallen…. for a Puerto Rican.”

The influencer also claimed that although they had tried to warn her, she had let her ego deceive her into believing she could handle herself in this “unfamiliar battleground.”

She continued by offering the straightforward advice to “run,” adding that these Latin males would melt the ice that encased the heart of even the coldest snow bunny.

“Do not fall for their perfectly plump lips and salsa dance moves. It’s a trap,” Mia advised her fans.

She said sarcastically that she would be in the “kitchen preparing arroz y frijoles with a side of chicharrones for her papichulo” if anyone needed her. Nonetheless, she remained hush regarding her Puerto Rican lover.

Mia Dio might be playing around for fun. (Source: miiadio/Instagram)

On the other hand, the TikToker might be playing around for fun, as she replied with a laughing emoji when a fellow influencer commented, “I’m cracking up.”

The following comment read, “Noooooooo Miaaaaaaaa thats like rule no .1 what will the bbies do without their queen.”

On April 8, 2022, Mia first dropped hints on her TikTok when she uploaded a funny TikTok video, a part of her “Talk to Men” video series.

She captioned it, “The audacity #boyfriend.” In the clip, the TikTok star stated that her sugar daddy might be broken because he has not taken her shopping in a very long time.

Suddenly, a man’s voice was heard saying, “Babe, how many times do I have to tell you I’m not your sugar daddy, I’m your boyfriend.”

This TikTok video indeed raised the eyebrows of many, and they wondered if Mia was in a romantic relationship.

The TikTok star was born in Florida on May 14, 2001. Her mother, Claudia, and stepfather, Luis Dio, raised her in Miami.

Mia’s mother, Claudia, was still pretty young when she married Luis. After some time passed, the two became parents, and sadly, Claudia and Luis split up.

Claudia met a charming Chilean man while working as a model, and they finally began dating. She discovered that she had given up the familial ideals she held most dear after some time with her Chilean partner.

When Claudia reconciled with Luis, she was already expecting Mia. Nevertheless, Luis accepted her and decided to nurture Mia as his daughter.

Mia was aware from an early age that she resembled her mother and that she and her siblings were alike, but she always suspected something was wrong. When her mother explained the details of her conception, everything made sense.

The comedy TikTok creator understood why her parents waited so long before coming clean with her.

“The reason that my dad didn’t want to tell me that I wasn’t quite his daughter was because he was afraid that I was going to grow up and think I was different,” she said in a now-deleted YouTube video.