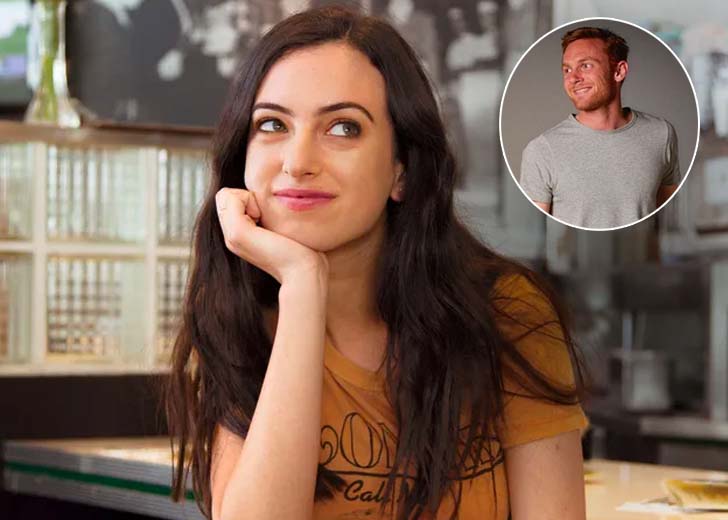 According to the rumors, American scriptwriter and actress Cazzie David and Miller McCormick, brother of late Mac Miller, have split.

“I have it on good authority that Cazzie David and Miller are no longer together. They have decided to stay friends,” the insider told the tea page.

An anonymous tipster claimed that Cazzie David and Miller McCormick are no longer together. (Source: Deuxmoi/Instagram)

Despite the fact that Deuxmoi is an online gossip site and its news should be treated with caution, it is essential to note that many of its reports prove to be accurate. Therefore, there’s a likelihood that the couple is no longer together.

The duo was rumored to be in a romantic relationship after a source claimed, “They’ve been together for a while now,” to Page Six. The insider also mentioned that the couple was serious and lived together.

Even though the pair haven’t officially confirmed their relationship, they must be very passionate about one another since, according to a real estate transfer acquired by Page Six.

In February, David and McCormick bought a $450,000 four-bedroom, four-bath property in Pittsburgh.

“They seem like nice kids. They keep to themselves,” one of their neighbors who spoke with the outlet confirmed.

Additionally, David and McCormick have digital footprints. However, the origin of their romance remains unclear.

Who is Miller McCormick?

Miller is an artist like his late brother, except he uses visual media. According to his LinkedIn profile, he is a freelance graphic designer.

His website also features a ton of his creative work, including illustrations he’s created for various projects and music artists, such as the single cover he made for the song ‘Might Not Be OK’ by Big K.R.I.T. and Kenneth Whalum.

For the album art for his different releases, Mac asked his brother to design it. On his website, Miller included the credits for some of Mac’s albums, including The Divine Feminine, GO:OD AM, and Watching Movies With The Sound Off.

Soon after that, they began dating and fell head over heels. On his arm, he has a tattoo of a cartoon image of the actress and a tattoo of her name, and one of her favorite emojis on his ring finger.

When the comedian called it quits on their romance in 2018, weeks after their breakup, he got engaged to Ariana Grande. While the general public witnessed him unflinchingly go from David to Grande, the actual story is a little more complex.

In her book, David alleged that while being hesitant to stop her relationship with the actor because of the delicate nature of his mental health, she ultimately decided to do so since she could not persuade him that she loved him.

A few days later, she called him again to apologize for her mistake, but The Suicide Squad star claimed he was “happiest he had ever been.” Then, two days later, he sent her a text message ending things forever.

The following day, Davidson shared photographs on Instagram revealing that he had covered up his tattoos, which the author inspired. David later discovered via Instagram that he was dating Grande.

In November 2020, during an interview with the LA Times, she commented, “It was a really pivotal moment in my life.”