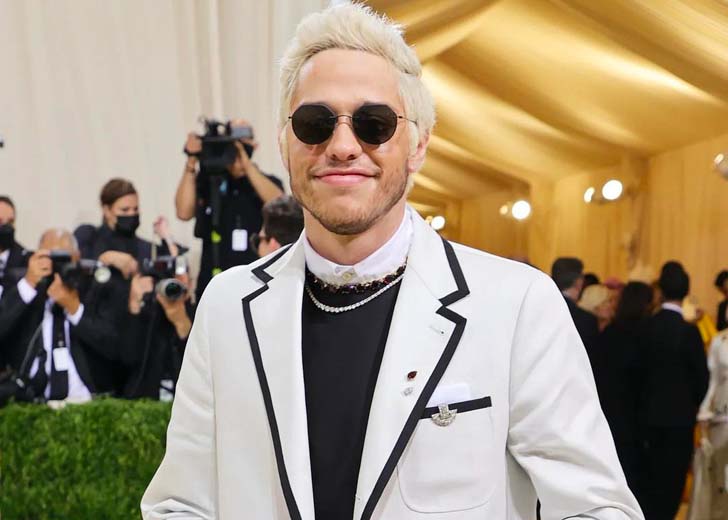 Pete Davidson finds out he’s 48% Jewish. But, how?

Pete Davidson has been in highlight this year ever since he dated Kim Kardashian. Although he got into the Kardashian fans’ radar this year, he had been entertaining his audience for years.

However, The SNL star’s origin, especially his ethnicity, has been a mystery for years. Even Davidson himself only recently found out about his Jewish ancestry through a DNA test.

Known for his comedy, he made humorous comments about his mixed ethnicity.

His mother didn’t exactly hide the fact, but she never mentioned his father’s Jewish heritage either. We’ve known Pete for his comedy and humor, now fans are curious about his life as a son, a grandson, a brother, and a descendant.

Davidson hasn’t been secretive about his family and often shares stories about his heroic father. He was born to Scott Matthew Davidson and his wife, Amy Waters Davidson, in 1993.

Both of his parents raised him Catholic, which explains his confusion about being Jewish.

The comedian’s father, Scott Matthew Davidson, was a heroic firefighter who lost his life on 9/11. His mother, Amy Waters Davidson, is a nurse, living in Brooklyn, New York.

Davidson cleared in an interview that he got his Jewish genes from his late father. Along with Jewish ancestry, he got Polish/Russian, German, Scottish, English, and Irish heritage from his father’s side.

However, his account of mixed races doesn’t end here. Amy Waters also brought three-quarters of Irish, stronger German Scottish, and English genes. Moreover, his nationality is American, as he was born in New York.

More than the fans, Davidson himself was curious about his ethnicity, ancestry, and heritage. In 2017, the SNL star got his DNA tested to find out more about himself. He wasn’t alone in this quest, his fans were right behind him.

The results shocked him as much as everyone else. He found out to be 48% Jewish, while he’s been raised his whole life as a Catholic.

At the time, he was dating Cassie David, who was from a proud Jewish family, which worked in his favor. He mentioned his girlfriend’s father, Larry David, was extremely happy about the news.

Not everyone cares so much about their ancestry. Davidson discovered his and got closer to his late father Scott Matthew Davidson. Regarding ethnicity, he likes to keep it intact with his work as a comedian.

Davidson stated in an interview:

…I’m a straight white dude but for some reason, I look like every other race mixed together… I use it to my advantage. I feel like as soon as people find out I’m just a white dude, I’ll start losing work. They’ll be like, ‘Aw, he’s not special.’

Having a mixed ethnicity is more than just Davidson’s identity; it is a validation for him to humor his audience at work. However, he was open about this DNA testing and confided in the story about this identity hunt in an interview with Hot 97.