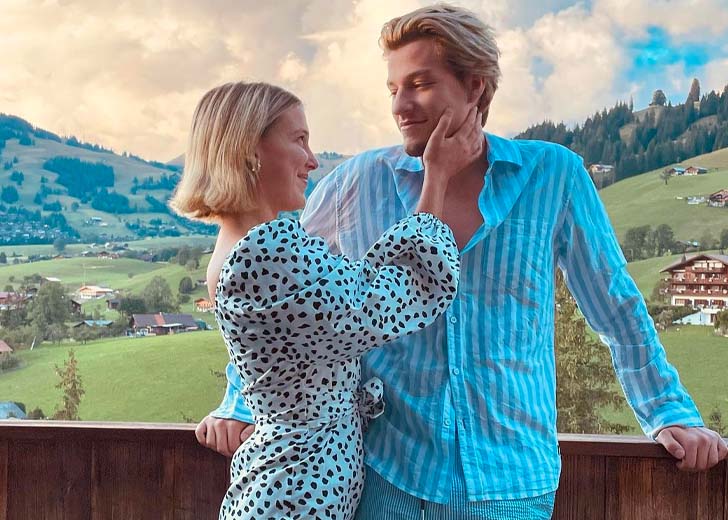 Millie Bobby Brown and Jake Bongiovi have been together since early 2021.

Millie Bobby Brown has been opening up a bit about her relationship with her boyfriend, Jake Bongiovi — he is the son of Jon Bon Jovi. And fans are loving it!

As for how the Enola Holmes 2 star opened up, it was through an Instagram post where she was seen loved up with her beau, providing a rare insight into their romance.

On Thursday, November 3, 2022, Brown took to her Instagram handle to share one lengthy and one short clip along with three pictures. In the first long video, she was seen in a car with her boyfriend taking control of the wheels.

As the love birds traveled in their car, they played Taylor Swift’s song ‘All Too Well’ and showed off some moves. And while Bongiovi didn’t move much as he was driving, Brown went all out by singing and dancing passionately, and all of it looked so wholesome.

Now let’s talk about the remaining three pictures. The first picture showed the actress playing PlayStation while lying on her bed with her two cats.

Similarly, the second picture depicted Brown upholding her hands at what seemed like a bar. And the last image showed a half-faced Brown holding her dog nearby her kitchen sink. “last 6 months recap,” she captioned her post.

Since Brown shared those adorable photos and videos, friends and well-wishers have taken to the comment section to express their feelings. Bower dropped a red heart emoji, and the same was done by Breaking Bad star Aaron Paul.

Likewise, one Instagram user commented, “WHEN THE BOYFRIEND IS ALSO A SWIFTIE>>>>” with another one following up with, “THE ALL TOO WELL VIDEO IS SO CUTE I’M GONNA CRY.”

Furthermore, one fan mentioned that Brown being a Swiftie is their “fav thing ever,” with another adding that they love the duo of Brown and Bongiovi so much.

Brown and Bongiovi first sparked dating rumors in early 2021, which escalated once the two were seen holding hands in June 2021. And by November, they were Instagram official.

As months passed, the couple made more public appearances and occasionally featured each other on their respective Instagram handles. Finally, in March 2022, they made their red carpet debut while attending the 2022 BAFTAs at the Royal Albert Hall in London.

In May 2022, the actress took to her Instagram handle to share some cute snaps taken alongside her partner on the occasion of his birthday. In the same month, the pair attended the premiere of Stranger Things season 4, after which they went on vacation to Spain.

Most recently, Bongiovi accompanied his girlfriend to the premiere of Netflix’s Enola Homles 2. As of this writing, they are still together, and there are no signs of a possible breakup. Furthermore, judging by everything they have shown, it seems they are going on strong.