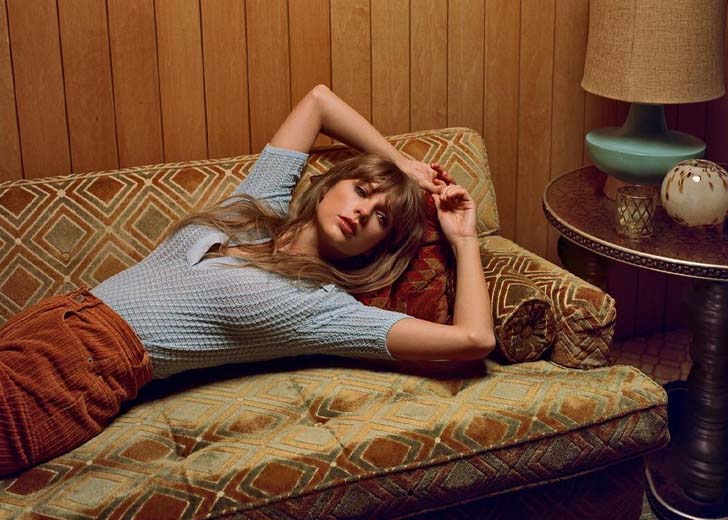 As it turns out, Taylor isn’t the only big celebrity Owenn has worked with.

Swifties were beyond excited when Taylor Swift revealed that she would be going on tour.

On the day after Halloween, November 1, 2022, the songwriter took to her Instagram handle to announce the great news. “I’m enchanted to announce my next tour: Taylor Swift | The Eras Tour,” she first wrote.

Swift then described her Eras Tour as a journey through the musical eras of her career, including the past and present. “The first leg of the tour will be in stadiums across the US, with international dates to be announced as soon as we can!” she added.

Along with such good news, the Midnights singer said she felt like the “luckiest person alive” to take some of the “brilliant artists” on tour with her as her opening acts. “I can’t WAIT to see your gorgeous faces out there. It’s been a long time coming,” she concluded.

As for her opening acts, they are Paramore, Haim, Phoebe Bridgers, Beabadoobee, Girl in Red, Muna, Gayle, Gracie Abrams, and Owenn.

And among these nine artists, one has particularly caught the public’s eyes — Owenn.

Owenn, who goes by the full name of Christian Owens, is a rising R&B artist and a talented dancer and choreographer. He has been winning the audience’s hearts through his rich vocals and heartfelt lyrics.

In March 2021, he released his debut single, ‘Baby Girl,’ on his self-titled YouTube channel, where he has also uploaded a couple more songs. As of now, he is set to release his debut EP in 2023.

Now, to talk about his past, Owenn has worked with multiple renowned artists such as Beyoncé, Lil Nas X, Rihanna, Demi Lovato, Normani, and Miley Cyrus.

Talking about his professional relationship with Beyoncé, he first worked with her in 2011 on the Grammy Winner’s ‘Love on Top’ music video. Years later, he was one of the dancers at Beyoncé’s Homecoming performance at Coachella 2018.

Owenn’s recent work was with Lil Nas X, and the two seem to have a great friendship. In 2021, Owenn and Nas X stepped together at the Met Gala. And some months ago, in September 2022, he opened for the pop artist during his tour.

If you are a Swiftie, then Owenn might look a bit familiar. And that’s because he has had quite a professional history with Swift.

To begin from the start, Owenn was one of Swift’s dancers on two of her tours; the 1989 Tour and Reputation Tour. Additionally, he served as the main dancer for Bad Blood for Swift’s 1989 stadium tour.

As Owenn and Swift’s professional friendship continued, the latter asked the former to be her co-star and love interest in her ‘Lover’ music video. And with the music video garnering over 200 million views, it put more spotlight on Owenn.

Later, Swift pulled some strings so that Owenn could get his first-ever record deal. While speaking candidly on his Instagram live session, he said, “We had a whole bunch of label meetings. Taylor Swift was a huge co-sign and help…a lot of people don’t know.”

He continued, “She actually contacted the head of Republic herself on my behalf, which was kind of crazy. I get to the meeting. They were like ‘Yo, why is Taylor Swift so adamant about us signing you? We want to see you perform!’”

And for all that Swift has done for him, Owenn has always expressed his gratitude in one form or another. He also uses his social media platform to send birthday wishes to Swift and describe moments he shared with her.

When Swift announced Owenn as one of her opening acts, he posted a video on Instagram where he said, “I’m so excited. Coming from dancing for her for 1989 and then dancing for her for Reputation to starring as her love interest in Lover, it’s been a full ride.”

“And I just wanna come here and personally thank her because it’s honestly 100% up to her, and I always say she can choose anyone, and she chose me, and I’m very grateful for that,” he added, after which he also thanked the Swifties for their love and support.

As for when and where Owenn will be opening for Swift, the dates are: