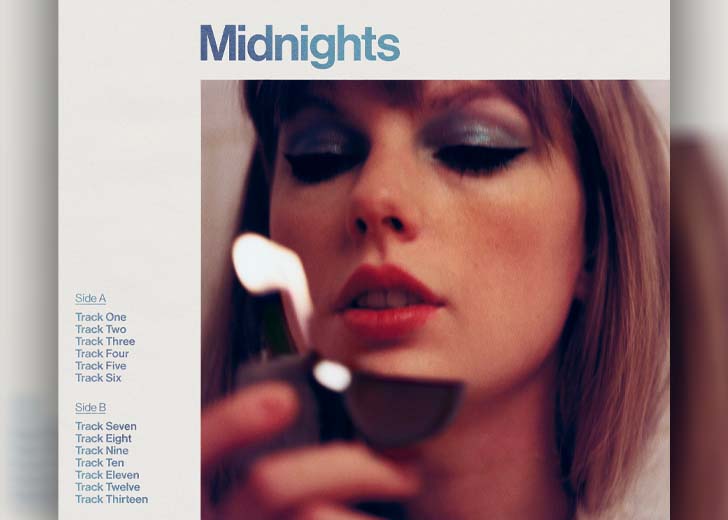 Taylor Swift won three awards at the 2022 MTV Video Music Awards on August 28, 2022, and during her acceptance speech, she teased her upcoming tenth studio album.

Fans were shocked to see Swift at the 2022 MTV Music Video Awards as her arrival was totally unexpected, but when the songwriter dropped the news, it was the night’s highlight.

Swift showed up at the VMAs wearing a sparkling Oscar de la Renta dress covered in many shimmering stones with Christian Louboutin heels paired up with shiny earrings and rings.

The ‘Love Story’ singer announced that her new album — titled Midnights — will be out while accepting the video of the year award at the Prudential Center in Newark on August 28. She revealed the album would be released on October 21, 2022.

During her VMAs acceptance speech, Swift explained that the re-recordings would not have happened without her fans’ support. She thanked her fans for their love and support.

“And I had made up my mind if you were going to be generous and give this award, I thought it might be a fun moment to tell you that my brand-new album comes out October 21. And I will tell you more at midnight,” Swift said during her VMAs acceptance speech.

She kept her promise and shared the details of her upcoming album, Midnights, via her website, Twitter and Instagram by posting two pictures just at midnight.

The first photo revealed that her album would have a total of 13 tracks which is split into Side A and Side B. Side A will contain six tracks, and Side B will have the remaining seven tracks.

The next photo contained a brief description of her new album. She wrote, “This is a collection of music written in the middle of the night, a journey through terror and sweet dreams.”

The upcoming album will be her first since Folklore and Evermore, with each album sold over a million units in its first week, with Folklore selling two million. Folklore won Album of the Year at the 63rd Annual Grammy Awards, making Swift the first woman to win the award thrice.

Fans went crazy after hearing the news and are eagerly waiting for October 21 to come as they cannot wait any longer to listen to what Swift has written this time.

Many fans shared their happiness as they could not keep it to themselves. One of the fans wrote, “TS10 is really coming,” while another tweet read, “Ahhh I am so excited.”

Some fans were confused if the upcoming album was a new album or a new re-record. Rest assured, Swift has a new album to share, not a re-recorded album, but a brand-new album.

In the past, fans speculated that her tenth album would be Karma which was written and recorded years ago and is yet to be released. But Swift had other plans for surprising her fans with a new album, Midnight.