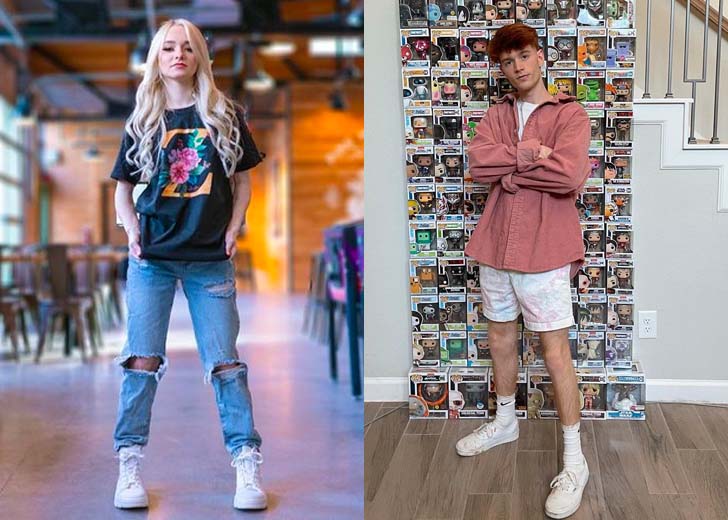 During an Instagram live, Orlove claimed that LaVerne was giving away his address and phone number to people — and her supporter Emma Throne had been harassing him, including his family, for months.

The Instagram live was captured and reposted again by @titktokroomtm on Instagram, where Orlove shared further information regarding harassment. In the comment section, he explained that LaVerne and Throne sent police to his house and his current girlfriend, Tess Krauser’s house, as a prank.

He further revealed that it has been happening for months and added that someone named Indiana has been spamming his mother with terrible, hateful words.

On August 28, titktokroomtm posted a screenshot of Orlove’s comment where he allegedly accused her ex-girlfriend of harassment.

He said, “Zoe and her supporter named Emma Throne have been harassing my family and I for months.”

A close source told Glamour Buff that LaVerne dropped a remark in response to her ex’s harassment allegations. But before anyone could read her comment, it was removed.

On the other hand, her present husband, Dawson Day, responded to Orlove’s comments in the same post. He defended his wife, saying, “Zoe had nothing to do w the situation. We’ve dealt with the same [expletive] b4 w/ Emma. Emma was one of the ones who made the fake cheating rumors ab me lol.”

Fans think TikTok star Orlove is lying as one of the users under the handle @taeqoree commented, “respectfully, I don’t think this is true.”

Another fan even questioned, “How does Zoey have your address, and how come from the first time your number didn’t change.”

Some fans even believe Orlove is only doing this for popularity and clout.

LaVerne and Orlove were in an on-and-off relationship for about three years but shocked the fans when they posted a video in which they got married.

On February 13, 2020, the video titled, ‘WE GOT MARRIED! Cody & Zoe’s Official Wedding Video’ and was uploaded by Orlove. They could be seen exchanging their wedding vows with each other.

However, according to the video, they were getting married only for 24 hours, and he also cleared out that it was something the pair wanted to try. He said, “We wish this could be real, but we wanted to try it out.”

Sadly, it did not work out for LaVerne and Orlove, and they broke up. In a deleted Instagram post, Orlove said, “A lot has happened in the last few weeks, and it’s been really hard for me, and Zoe for sure.”

LaVerne claimed that the main reason for their separation was because they “just fell out of love.” She explained, “I feel out of love, and I guess he did too,” in a now-deleted Instagram video.