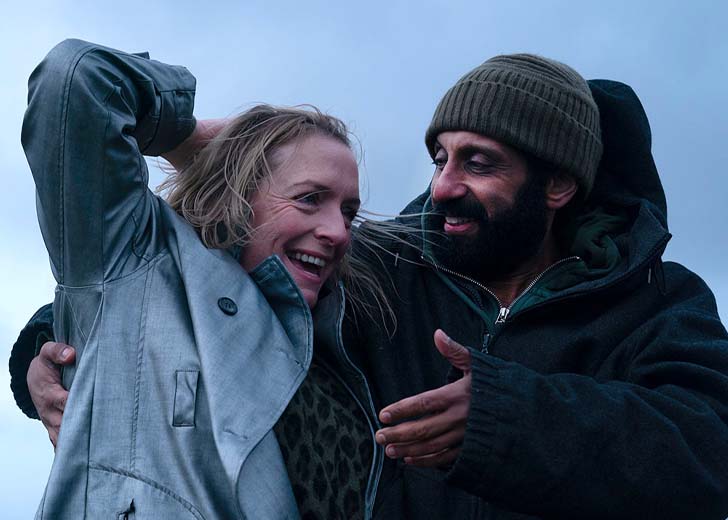 “I think that love stories about people like this are very few and far between,” says Claire.

Claire Louise Rushbrook is an English actress. She is well recognized for her appearance in the movie Secrets & Lies as Roxanne, and she has also been featured in Ammonite and Enola Holmes as Mrs. Lane.

In 2021, she co-starred in the British film Ali & Ava with Adeel Akhtar. Although Rushbrook seems quite reserved about her personal life and doesn’t share many details online, she has openly expressed her character in the movie Ali and Ava.

Here are the in-depth details of their characters.

Learn about the characters Ali and Ava

Spoilers alert: Ali and Ava are Clio Barnard’s beautiful narrative of an unexpected pair meeting and falling in love on a Bradford estate. It explores topics of happiness and belonging.

Rushbrook’s character, Ava, is a lost soul attempting to escape from the shade cast by her previous, now deceased, spouse.

Adeel Akhtar, of South Asian descent, portrays the character of former DJ Ali, who is dealing with the dissolution of his marriage.

The movie, described as a northern High Fidelity, depicts the pair progressively getting to know each other through sharing their favorite music.

Ali and Ava are lonely for different reasons when they meet, and flames ignite. Despite the legacy of Ava’s previous relationship and Ali’s mental distress following the dissolution of his marriage, a profound connection develops over a lunar month.

While talking about her character with Cambridge Independent, Rushbrook said Ava is a regular middle-aged woman with grandkids living in Bradford, Yorkshire. She’s a very nuanced and well-rounded character.

In the film, we get an up-close look at what occurs when regular individuals connect with someone else. It demonstrates that incredible tales arise when, on the surface, nothing occurs other than two individuals meeting and discovering a very joyful connection.

Ava’s husband had died a year previously. In reality, they were separated; unfortunately, it was an abusive relationship. And her grown-up children may be unaware of how horrible it was, and everyone is in mourning.

So for Ava, it’s a complicated situation in which she has no intention of forming a close interpersonal with anybody else. She’s totally content and capable and simply getting on with her life. She works as a teaching assistant, caring for grandkids to help their children continue their lives.

Hollywood has rarely shown this kind of love story where two middle-aged people meet and find a connection, to which the actor said, “I definitely think that love stories about people like this are very few and far between.”

The actress explains that the beauty of this story is that Clio Barnard, the writer/director, has produced a convincing incidental encounter between Ali and Ava’s characters.

She shares that It’s more annoying as you get older when you get the creeping impression that those tales are no longer relevant to individuals of a certain age or people who disagree with Hollywood conceptions of beauty, even though many people have these stories going on in their lives.

There are no car chases or CGI sequences, but the storylines are enormous, and Barnard has constructed a lovely story.