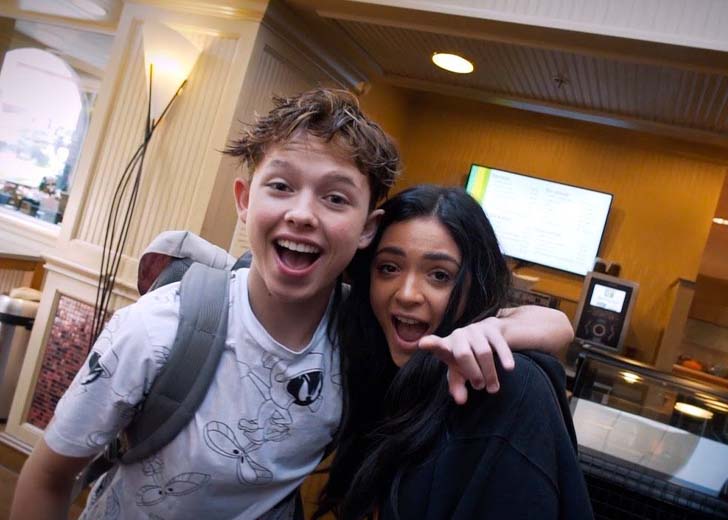 Luna Blaise once described her and Jacob’s relationship as a friendship.

Luna Blaise and Jacob Sartorius were in an on-screen matchup in 2016 when the rumor of their dating spread.

Blaise is a singer and actress from the United States. She rose to prominence after playing Olive Stone in the film Manifest.

On the other hand, Sartorius is a well-known American singer and social media personality known for posting comedic Vine videos and lip-syncing videos of popular songs on musical.ly. He quickly amassed millions of followers.

In 2016, he released his debut single, Sweatshirt, which peaked at 90 on the Hot 100 chart in the United States and Canada. He was the ninth most Googled musician in 2016. Likewise, Blaise was also in the music video.

There were rumors about Sartorius dating Blaise around 2016. But there isn’t much information available about their affairs.

On the other hand, Blaise was caught tweeting that she and Jacob are officially dating. She later deleted the tweet after receiving backlash.

Sartorius also tweeted about his affair with the actress, stating that they are dating. But he deleted the tweet within one minute. Since then, there has been no update on their relationship.

Behind the scenes with Jacob Sartorius and Luna Blaise at VidCon (Source: Pinterest)

In an interview, the Manifest actress discussed the backlash she received soon after making an appearance in Sartorius’ ‘Sweatshirt’ music video. She said, “Honestly, it is funny. Those girls were insane, and it’s funny because I thought, these girls have so much time to hate me, so I’ll make them love me, and that’s exactly what I did.”

She added, “I turned most of those haters into fans. I get daily comments saying, I used to hate you, but I love you now; I love it when your biggest fans are your detractors.”

Since then, there have been no dating rumors about them. Moreover, throughout his career, the musician has been linked to well-known faces, including Jenna Ortega, Millie Bobby Brown, and Baby Ariel.

In an interview with OnTheSporInterviews, Blaise was asked about her experience working on the massive music video with the biggest star, Jacob Sartorius.

So she responded by saying that Sartorius was excellent. She added, “He is my favorite. He is one of my best friends, and the video was so much fun that it blew up to around 11 million views. I was thrilled to be a part of the video, and I am honored to call Jacob a friend.”

Similarly, he described the actress as a talented individual who is beautiful on the inside and out.

To conclude this — the couple might have dated for a short period. As of 2022, both of them are single.