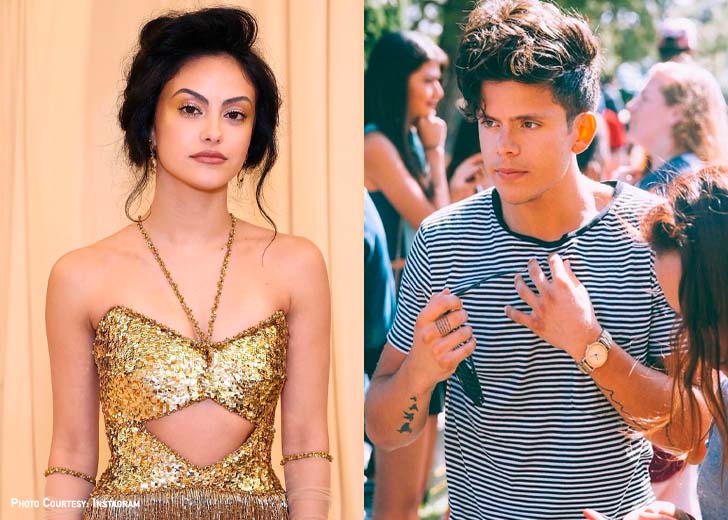 Camila Mendes and Rudy Mancuso are rumored to be dating after they were spotted multiple times together.

Camila Mendes and Rudy Mancuso are hot topics among their admirers since they have made multiple public appearances together over the past few months.

There are suspicions regarding if there is something between the actors given their frequent appearances together.

American singer and actress Mendes will work alongside the internet personality and actor Mancuso on their upcoming rom-com film Música. Mendes is an executive producer in addition to playing Mancuso’s love interest in the movie.

The dating rumors of Mendes and Mancuso first sparked when the gossiper Deuxmoi was asked by one of her fans about the actress’ relationship status.

The fan asked Deuxmoi if Mendes was still dating Melton. Deuxmoi replied, “No he was dating Chase Sui Wonders (not sure if they still are) & her fans think she’s dating Rudy Mancuso.”

The fact that Mendes and the actor Mancuso have been spotted together a few times in public led some of her fans to believe that the two may be dating.

Mendes and Mancuso will be sharing the screen as co-stars on their upcoming musical movie Música, which he is directing with Mendes to executive produce for Amazon Studios and Wonderland Sound and Vision.

The two were photographed together while strolling New York City in July 2022. The actress flaunted a maroon cut-out tank top with gray pleated shorts paired with black Prada loafers.

Similarly, the actor kept it casual, wearing black from head to toe paired with black boots and shades.

On Friday, September 2, Mendes arrived in Venice, Italy, with her co-star Mancuso. She was in town to attend the 2022 Venice Film Festival.

Camila Mendes dated Charles Melton in the past

Mendes and Melton were romantically linked for about a year. However, the pair decided to take a break from their relationship shortly after their first anniversary.

A source told E! News, “Cami and Charles have been separated for a few months now. They are taking a break from their relationship.” The source claimed that the two wanted to take their time to concentrate on their career and themselves.

In September 2018, the rumors started to circulate that the Riverdale stars were more than when they were photographed getting pretty close.

After a month that same year, the actors finally went public on Instagram. Mendes uploaded a cute picture with Melton and captioned it, “Mine.”

The iconic duo made their red carpet debut as a couple at the 2018 GQ Men to the Year party in December 2018.

In August 2019, the co-stars celebrated their one-year anniversary but shortly after called it quits in December 2019.

Mendes and Melton briefly reconciled in June and August 2021. The pair, who split up in late 2019, were having supper outside with Cole Sprouse, Dylan Sprouse, and model Stella Maxwell on June 4.

They were captured leaving the restaurant with Melton’s arm around her. The actors have remained silent about their brief reconciliation after they were seen together twice last year.