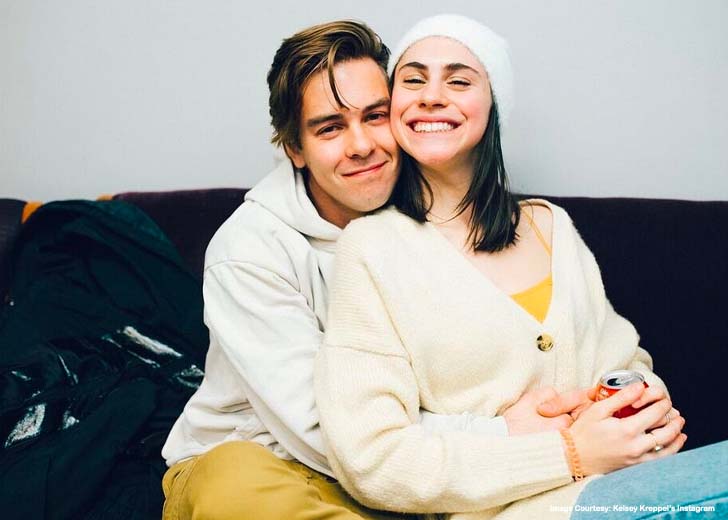 Kreppel wrote, “I keep thinking it can’t get any better and it always does. happy 5 years.”

Cody Ko and Kelsey Kreppel celebrated their fifth anniversary of dating by posting images to their respective Instagram accounts on September 16, 2022.

The two started dating in 2017 after initially meeting at a dinner hosted by a friend of theirs. They have since frequently appeared on each other’s social media accounts.

Taking their relationship to the next level, Ko and Kreppel got engaged a few months back in 2021.

On September 16, 2022, Ko and Kreppel marked their 5th dating anniversary as both shared pictures on their respective Instagram accounts.

Kreppel uploaded a series of pictures with her fiance and captioned, “I keep thinking it can’t get any better and it always does. happy 5 years.”

Similarly, the YouTuber also posted several images with his partner along with the message, “happy 5 year anniversary to my best friend.”

Every year, Kreppel and Ko celebrate their anniversary. Their four years of togetherness were also commemorated by Kreppel the previous year. She uploaded a cute picture collage and wrote, “this has been my constant state for the past 4 years. i love you.”

The duo has been together since 2017 after first meeting during a dinner organized by their mutual friend Adam Sommer. They went to the Tim and Eric Show and Ed Sheeran for their first two dates.

In a YouTube video titled “Couples Trivia,” Kreppel mentioned that she wanted her wedding to be held at a beach or in the desert with all their family and friends. In contrast, her fiance preferred a “shotgun wedding with no friends and family.”

The musician duo Ko and Kelsey are very open about their relationship, and their Instagram is full of photos with each other.

Cody Ko and Kelsey Kreppel got engaged in 2021

The YouTuber and podcast host Ko revealed that he proposed to his longtime girlfriend, Kreppel, on December 19, 2021.

Ko shared the news through an Instagram post on December 20, 2021, where he was on his knees and captioned, “yesterday was a beautiful perfect day. thanks for making me the happiest guy on earth @kelseykreppel.”

Ko’s fiance Kreppel also made her own announcement via Instagram, where she wrote, “i’ve never been more sure about anything. can’t wait to spend forever smiling with you.”

After viewing Ko and Kelsey’s engagement photos, fans were delighted. Many fans supported and showered their love towards the couple.

One of the fans noted, “cody ko and kelsey kreppel got engaged.. this brings me lots of joy.”

Another admirer of the pair shared, “cody ko & kelsey kreppel are engaged. my heart is so full rn.”

The third tweeted, “kelsey kreppel & cody ko deserve the world.” The fans from worldwide congratulated the duo and wished them luck on their new journey.