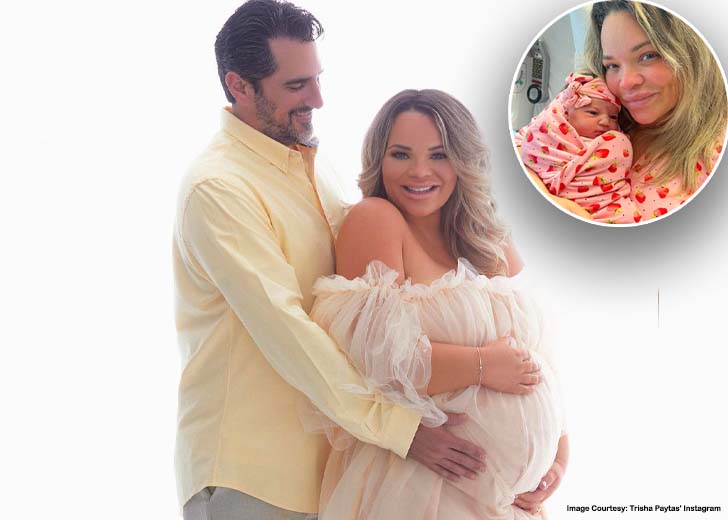 A week before giving birth, Trisha Paytas was trending online and found herself in the middle of online controversies.

Crazy stories were going around, emphasizing she had already given birth and that the child was a “reincarnation” of the late Queen Elizabeth II.

After years of fertility problems, she recently gave birth to her beautiful daughter, who she named Malibu Barbie Paytas-Hacmon.

Paytas and her husband, Moses Hacmon, welcomed their baby on September 14, 2022. On Friday, September 16, the YouTuber shared images and videos of their daughter on social media to formally announce the news.

She captioned the photos, “She has arrived. Meet our daughter, Malibu Barbie Paytas-Hacmon born 09.14.22.”

Many influencers and internet personalities congratulated the pair on their new journey of parenthood.

Paytas revealed her baby’s name via an Instagram post on September 16. She named her daughter Malibu Barbie.

Many of her followers liked the name, while few did not like the name Paytas picked for her baby. A fan wrote, “People are hating on Trisha Paytas baby’s name but I love it, Malibu Barbie fits her so well.”

On Thursday, September 8, Paytas said that she was one centimeter dilated, and the announcement of Queen Elizabeth II’s demise was also made a few hours later on the same day.

Paytas posted that they were in labor on Wednesday afternoon, just hours before Queen Elizabeth’s passing was formally announced worldwide by the Royal Family.

It didn’t take long for others to begin making jokes about the late Queen being reborn as the YouTuber’s first child.

Twitter made the connection and started making jokes about the baby Paytas gave birth to as the late Queen being reborn.

A Twitter user wrote, “The Queen dies and Trisha Paytas is in labor. You do the math.” At the same time, another follower tweeted, “the horrifying realization that the queen is going to be reincarnated as trisha paytas’ baby.”

While everything was going on, others created memes about “the queen’s spirit ready to reincarnate as trisha paytas’ baby.”

Who is Trisha Paytas?

Paytas is a YouTuber, digital creator, and singer. She has released several records and singles like ‘Daddy Issues,’ ‘Warrior,’ ‘Red Flags,’ ‘I Hate My Life,’ and many more.

By posting vlogs, sharing anecdotes from her life, and making “mukbang” videos in which she eats food and converses with the camera, Paytas, now 34, has amassed about five million followers on the network and more than seven million on TikTok.

She has additionally made appearances on numerous TV programs, including Ellen DeGeneres, Dr. Phil, and Celebrity Big Brother, and starred in music videos for stars like Eminem.

Due to her borderline personality disorder diagnosis, Paytas has experienced mental health issues.

Paytas admitted she formerly struggled with substance usage and had overdosed on methamphetamine, according to an interview with the H3 Podcast.