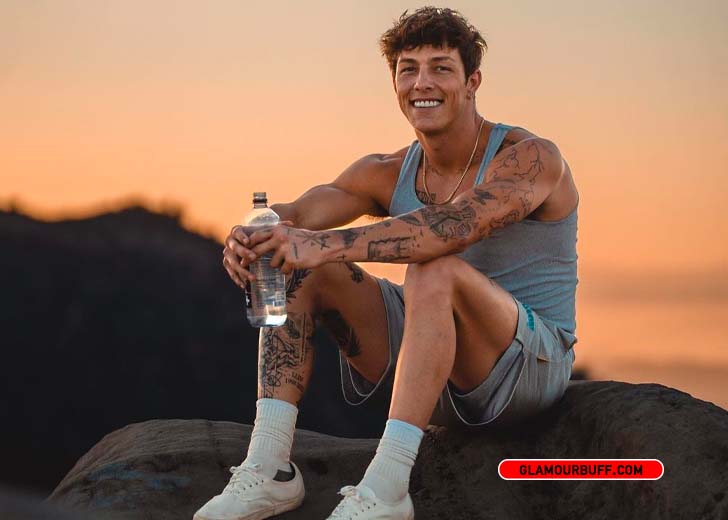 He said, “Not only have I never been arrested, I have never been contacted or confronted by any law enforcement about these rumors.”

Tayler Holder, a musician and famous TikTok user, is clearing the air. In his new video, the 25-year-old musician addressed the unfavorable and unfounded rumors that have followed him for the past eight months.

Holder is the center of attention at the moment because his friends Bryce Hall, Daisy Keech, Loren Gray, and other influencers unfollowed him earlier this year after he was accused of sexual allegations.

Influencer Mads Lewis accused Holder of sexual assault. She addressed the claims against Holder in a BFFs podcast on September 14, with many fans thinking she may have been implied to be a “victim.”

Following the controversy, there were rumors that Holder had been detained and in jail, with some influencers backing up the stories.

On September 17, in a YouTube video titled ‘addressing the rumors,’ Holder responded to the rumors spread by many media outlets.

Holder opened up about his struggles, saying that he has been battling and dealing with the harmful false allegations and narratives peddled about him.

He noted, “No one will ever understand to the extent of where my mental stage was during all this. How much pressure was on me with speaking up and how scared I was and the whole world was against me.”

Holder also disclosed that he felt compelled to remain silent for a lengthy period of time but ultimately chose to speak up because the negative comments did not stop even after eight months and the rumors of the star being arrested started floating around.

The singer stressed how Richards, without any research, decided to spread the idea that Holder was arrested.

He said, “Not only have I never been arrested, I have never been contacted or confronted by any law enforcement about these rumors and you want to know why because they are rumors.”

Similarly, the host of DramaAlert, Keemstar, reported that a source told him Holder would be facing several allegations by multiple victims.

To address the matter, Holder, in the clip, said, “At the beginning of February Keemstar reported that a trusted source had told him that I would be facing several allegations by multiple victims and here we are eight months later, still nothing.”

Holder explained that there had not been a single claim since the allegations initially spread in the eight months. He said that there was not even a single allegation, no victims, and no one came forward with a “date and time” of the sexual misconduct that had happened to them.

He proclaimed his innocence, welcomed viewers to approach him maturely and pleaded with them to stop spreading untrue stories towards the end of the video.