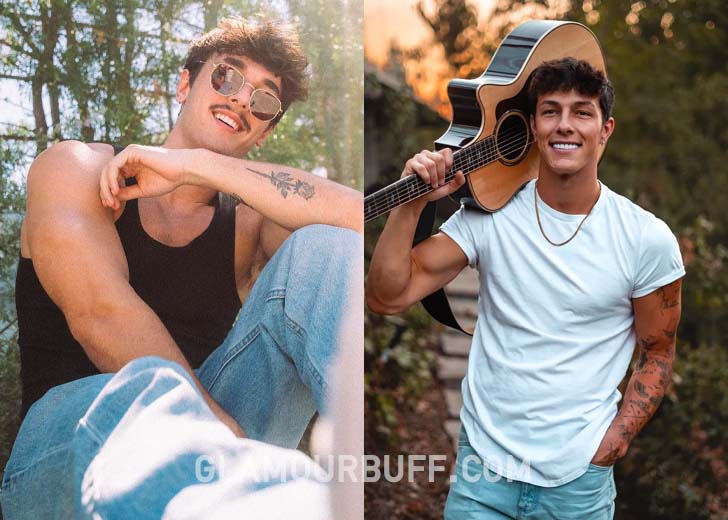 The drama between Bryce Hall and Tayler Holder has escalated in the last seven years.

Bryce Hall and Tayler Holder have been beefing since February 2022, and it seems like it won’t stop anytime soon.

The drama started after Holder was accused of sexual assault, which led to the mass unfollow. Hall was one of them, and he publicly spoke about it.

However, he could not say much because the latter received a cease and desist letter and other influencers.

Regardless, Hall gave hints about Holder’s allegations and spoke around them in various interviews and podcasts —  not letting people forget that Holder is an alleged predator.

This deepened the tension between the pair, leading Holder to send another cease and desist letter to Hall. Now, it seems like they will squash their beef via a boxing match.

In July 2022, Hall issued an open challenge to Holder via Twitter for a boxing match, insisting that if the two ever met in the ring, Holder must address the allegations.

He penned a few conditions Holder needed to agree to before the two could get in the ring. The first was whoever sells the most tickets gets all the money.

The second was for Holder to make a public statement explaining why he issued cease and desist letters to all his pals, and the third was to answer the sexual assault allegations.

The second cease and desist

A cease and desist letter is a document addressed to a person or company to halt suspected illegal behavior. The letter may warn the receiver that if they do not cease specified activity or do particular activities by the dates indicated in the letter, that party, i.e., the letter’s recipient, may be sued.

Months later, after receiving the first cease and desist letter, Hall claimed that Holder was sending him another letter in return for a boxing fight.

Hall wrote on Twitter, “Aw, ‘TaylerHoldsBalls’ sent me another cease and desist. He really doesn’t want something getting out. Hope he doesn’t sue me!”

The drama between Bryce Hall and Tayler Holder may lead to a boxing match. (Source: Instagram)

In a subsequent tweet, Hall addressed the problem, saying that he had realized that he was the only thing keeping that Holder relatively relevant. He dubbed the TikToker a “rat” and said rather than making these things public, he would manage them privately.

Hall’s first tweet was deleted, and it seems like he is taking a step back from creating drama on the internet with Holder. That being said, the boxing match may or may not happen in the future.

Holder’s response to the drama

Instead of putting up an official battle like KSI vs. Logan Paul, Holder is eager to take on any opponent in his backyard.

Holder responded two months later in a live TikTok, saying many people were wondering when he would box specific guys. He admitted that he was not doing all these for attention at all.

He added how all the people who asked him for a boxing match knew where he lived and had his number. So, Holder hinted if they wanted to box, they would show up at his place since the TikToker has a boxing ring.

For the time being, it does not seem like Holder will enter the boxing ring for a public fight, rendering Bryce Hall’s challenge invalid.

Posted on August 27, 2022August 27, 2022
A Handy Guide For Coming Up With Compelling Emails From A Popular Paper Writing Service!
Read More

How Can You Choose the Right Kratom Strain for Your Needs?