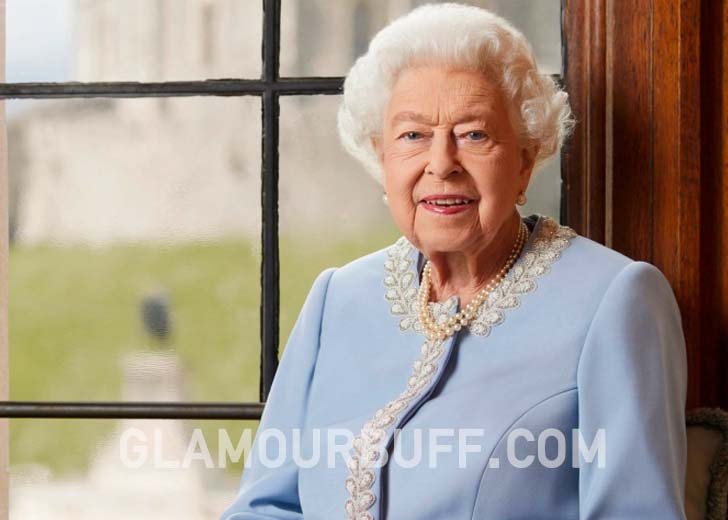 The London Bridge is down.

The London Bridge is down.

Her cause of death was presumably due to aging and complicated health issues.

Now, after her death, her son Prince Charles immediately became King. According to CNN, the Royal family referred to Charles as King in announcing the death of Queen Elizabeth.

White House press secretary Karine Jean-Pierre reacted to the news that Queen Elizabeth II had died at 96, saying that “our hearts and our thoughts” go to the family and the people of the United Kingdom.

“Our hearts and our thoughts go to the family members of the Queen, goes to the people of United Kingdom. I don’t want to get ahead of what the President is going to say,” Jean-Pierre said at the end of the White House press briefing, reacting live to the news of the Queen’s passing.

Concerns about her health and death rumors began after Buckingham Palace, on September 8, 2022, revealed that Queen Elizabeth II was being monitored by medics — who were concerned about her health. It was reported that she was comfortable and will continue at Balmoral Castle in Scotland, where she has spent the summer.

The successor to the throne, now-King Prince Charles, was at Balmoral Castle with the Queen and his wife, Camilla, and sister, Princess Anne. Soon after the news about the Queen being treated was released, Charles’ oldest son, Prince William, was on his way to Balmoral, as were his brother, Prince Harry, his wife, Meghan, Prince Andrew, and the Earl and Countess of Wessex.

The statement regarding the Queen’s health came a day after the 96-year-old Queen was urged to rest and postponed a meeting of her Privy Council. At Wednesday’s meeting, the Privy Council, a group of the monarch’s top advisors, was scheduled to swear in Truss and her new Cabinet colleagues officially.

On September 8, every top official in the government and the BBC were being closely monitored. Huw Edwards, a BBC news presenter, went on air wearing a black tie before it was announced that the Queen was dead.

This is a canary in the mine for people who are aware of the arrangements for the death of a king. Similarly, BBC’s website was changed to black, and all BBC One programming was canceled till 6 p.m.

What will happen now?

The plan for what will happen in the United Kingdom on and immediately after Queen Elizabeth II’s death is known as Operation London Bridge, also known by its code phrase London Bridge Is Down.

This includes the announcement of her death, the period of official mourning, and the details of her state funeral. Some crucial choices about the plan have been made by the Queen herself, while others will have to be made by her successor, Charles, Prince of Wales, following her death.

When Queen dies, her private secretary will be the first official to deliver the news. Their first step will be to contact the prime minister, where civil servants will use secure telephone lines to convey the code phrase “London Bridge is down” to the prime minister.

Queen Elizabeth II died at the age of 96. (Source: Twitter)

An announcement would inform the media to PA Media and the BBC via the Radio Alert Transmission System (RATS). Similarly, the commercial radio on the Independent Radio News will also be informed via a network of blue “obit lights” alerting presenters to play “inoffensive music” and prepare for a news flash.

At the same time, BBC Two would suspend scheduled programming and switch to BBC One’s broadcast of the announcement. It is reported that The Times has 11 days of planned coverage, while ITN and Sky News have long practiced her death under the name “Mrs Robinson.”

A footman would attach a dark-edged notification to Buckingham Palace’s gates. At the same time, the palace website would display the same notice.

The Parliament of the United Kingdom, as well as the parliaments of Scotland, Wales, and Northern Ireland would meet as soon as possible or be recalled if they are not currently sitting. The Prime Minister would address the House of Commons.

The new monarch, Prince Charles, will meet with the prime minister and then deliver a speech to the nation at 6 p.m., the evening following the Queen’s death.

Whitehall and local government buildings will fly flags at half-mast, and books of condolence may be opened; ceremonial ornaments, such as ceremonial maces or council chains, are to be placed in black purses.

Similarly, Gun salutes will take place at saluting stations. Depending on where Elizabeth II died, different preparations for conveying her coffin are planned, including those for Windsor Castle and Scotland.

The plan known as Operation Unicorn will happen since the Queen died in Scotland. Once the death is made public, Holyrood Palace, St Giles’ Cathedral, and the Scottish Parliament will be the focal points of gatherings, with a public condolence book put up at the latter.

Parliamentary activities will be halted immediately for at least six days to enable officials to prepare for the burial. Within 72 hours after reconvening, the parliament will draft a motion of condolence.

The Queen’s coffin will be laid to rest at Holyrood Palace, followed by a reception ceremony at St Giles’ Cathedral in Edinburgh. Following that, the coffin would be brought to Waverley station and, if feasible, conveyed by the Royal Train to London.

If not, the coffin would be flown to London and met by the prime minister and cabinet members.

If she had died at Windsor Castle or Sandringham House, the coffin would be transported by Royal Train to London’s St Pancras railway station. There, the prime minister and cabinet ministers will be waiting.

If she had died overseas, the coffin would be transported by No. 32 (The Royal) Squadron to RAF Northolt and then by hearse to Buckingham Palace.

In all situations, the casket would be carried to Buckingham Palace’s Throne Room. It would be brought to Westminster Hall five days following the Queen’s death and lay in state for three days after service.

A state funeral led by the Archbishop of Canterbury would be held at Westminster Abbey ten days after the Queen’s death. Her body would then be buried in a prepared tomb at King George VI Memorial Chapel in St George’s Chapel, Windsor Castle, alongside Prince Philip, Duke of Edinburgh, whose coffin will be moved from the Royal Vault.

Before the burial, a committal ceremony would be performed at St George’s Chapel. As the Queen and the Prime Minister agreed, the day of the funeral would be proclaimed a day of national mourning, although no bank holiday would be given.

At noon, there will be a two-minute silence throughout the United Kingdom, and processions will assemble in London and Windsor.

The plans for the Queen’s death and funeral run concurrently with Operation Spring Tide, the plan for the Prince of Wales’ accession to the throne. The day after the Queen’s death, the Accession Council would meet at St James’s Palace to proclaim the new monarch.

Parliament would meet that evening to swear allegiance to the new monarch and express condolences for the Queen’s death. The majority of legislative activity would be halted for ten days.

The new monarch, King Charles, will welcome the prime minister and cabinet for an audience at 3:30 p.m. Proclamations of the new monarch will be made by the Scottish, Welsh, and Northern Irish governments two days following the Queen’s death.

King Charles would receive the motion of condolence in Westminster Hall in the morning on the third day after the Queen’s death before departing on a tour of the United Kingdom. Similarly, the new king would visit the Scottish parliament and attend a liturgy at Edinburgh’s St Giles’ Cathedral.

He would also go to Northern Ireland the next day when they would receive a motion of condolence at Hillsborough Castle and attend a liturgy at St Anne’s Cathedral in Belfast.

Then, he would visit Wales seven days following the Queen’s death, receiving a vote of condolence from the Welsh parliament and attending liturgy at Llandaff Cathedral in Cardiff.