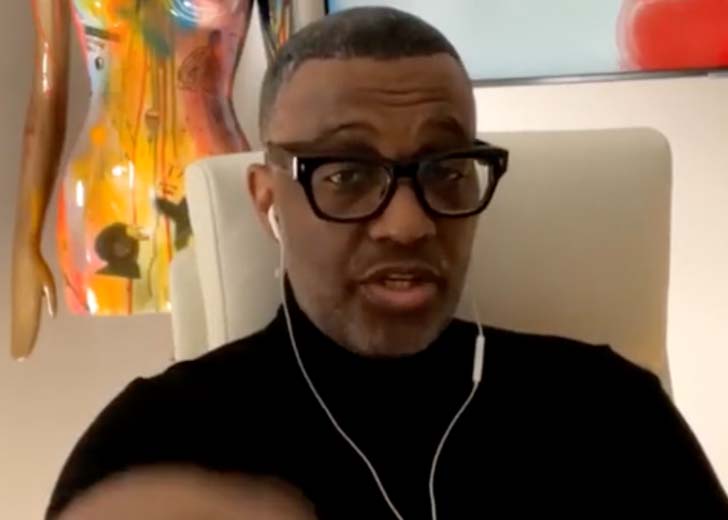 Inside Kevin Samuels’ early and personal life and net worth.

Kevin Samuels [also Kevin Roshon Samuels] was an American internet personality and image consultant. Based on his live YouTube and Instagram streams analyzing contemporary culture and relationships, he gained notoriety in 2020 and was seen as a divisive character.

He had, however, come under fire as a misogynist by others for his relationship philosophies. Nevertheless, he had a sizable fan following and audiences that regularly listened to him.

Samuels was born on March 13, 1969, in Oklahoma City, making him 53 years old as of 2022. He went to Millwood High School and attended the University of Oklahoma.

He studied chemical engineering there but could not complete his degree because he was diagnosed with cancer at age 21. He stated on March 6, 2021, YouTube video that he was 51 years old, putting his birth year as 1969 or 1970.

The star never really disclosed any information regarding his parents. He was little when his parents separated.

In 2013, Samuels launched his own image-consulting business after working in the marketing sector. He amassed 1.4 million YouTube subscribers, 1.2 million Instagram followers, and a small number of followers on Twitter and TikTok.

The image consultant became well-known in the popular hip-hop scene after conducting interviews with T.I. and Nicki Minaj and guesting on VladTV. He appeared in the episode ‘Rich Wigga, Poor Wigga’ of the Atlanta television series in 2022.

The internet star made an appearance in a music video for Future’s track ‘Worst Day’ in February 2022 when he played a therapist and dating coach. Additionally, he conducted interviews with reality T.V. stars like Tommie Lee and well-known Instagram models like Brittany Renner.

When women called his show for dating advice, he frequently urged them to grade themselves based on the perceived sexual market value for dating.

Then, following his estimation of the value of women in the sexual market, he judged them based on their dress size, height, and weight.

He criticized guys for being impoverished or overweight and emphasized his opinion that certain women had unreasonably high criteria for the kinds of men they should date.

Before working as an image consultant, he worked for the media company called Supermedia from 2009 to 2011. He later worked for The Real Yellow Pages, an advertising company.

On May 5, the consultant was found dead after the Atlanta Police Department was summoned to a home for “a person injured.” When the police arrived, they saw emergency personnel performing CPR on an unconscious man lying on his apartment floor.

The victim was subsequently identified as a YouTuber by a woman at the residence.

On May 6, Beverly Samuels-Burch, Samuels’ mother, informed NBC News of his demise. She said she learned the tragic news about her son’s passing from social media at the time but declined to provide further details.

She stated, “That was a terrible thing for social media to put that out. I didn’t even know. I hadn’t even been notified. All I’m doing is requesting that people pray for us,” to NBC News.

Samuels is known as a love guru for his relationship advice, despite the fact that his own experiences with failed marriages appear to be in conflict with this. He was married and divorced twice.

He concealed the identity of his ex-wives, and various media outlets claimed that he routinely had too many girlfriends. He had a daughter.

Samuels’ estimated net worth was about $4 million as of 2022. His profession as an image consultant was his primary source of income.

Additionally, he had a showroom called Life and Style by Kevin Samuels, where he taught classes on social concerns, life, fashion, and clothing. He also established online media initiatives for people who could not visit his showroom.