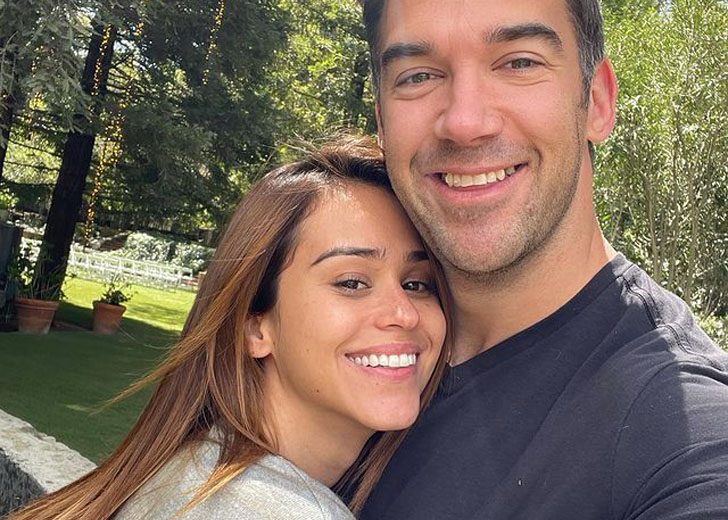 He has been in a relationship with model and former Mexican weather presenter Yanet Garcia since early 2019.

On January 17, 2020, Howes celebrated one-year dating anniversary with his girlfriend Garcia. On the occasion, he took to Instagram to talk about his relationship and love while posting a series of the couple’s pictures together.

He wrote that he met her exactly a year ago and immediately felt something special and different about her. “Little did I know how magical this past year would be,” he added.

The podcast host further added that he was not looking to find someone, in particular, be it a wife, girlfriend, or a partner, and instead, he wanted to be on his own for a while.

But when he noticed “a stack of emotional intelligence books marked and highlighted” at her house, he felt he was in for a great journey with her.

In the post, he praised Garcia for having a massive heart and coming into his life as an angel. He also wished to create the most amazing relationship and increase joy and happiness in their life.

Howes stated that he was not searching for someone and wanted to be on his own because he had a breakup from his 7-year long relationship.

He told Whitney Miller, a relationship coach and podcaster, during her True Sex and Wild Love podcast in August 2019 that he once felt like drowning after the end of his long relationship.

Who Is Yanet Garcia?

Garcia is a model, social media influencer, OnlyFans model, and former weather reporter. She  is also referred to as “The World’s Hottest Weather Girl.”

Garcia presently runs a YouTube channel, posting vlogs about her daily life and workout videos. She has a humongous 13.8 million Instagram followers.

She Moved In with Howes in December 2019

After being in a relationship with Howes for nearly a year, in December 2019, Garcia decided to move in with her boyfriend to the United States.

She even had to quit her job as a weather reporter at the Mexican TV show Hoy. Love indeed asks for some sacrifices sometimes.

But she has been involved in various photoshoots and modeling campaigns and works as a health coach.

The power couple, despite not being married already, presently lives together happily and is accompanied by their Pomeranian dog named Mamacita.

Howes and Garcia also do not miss any chance to celebrate every occasion with love and admiration—either be it a New Year, anniversary, birthday, or Valentine’s Day.

For instance, The School of Greatness podcast host posted an adorable selfie of the couple on 2021’s Valentine’s Day and expressed his love for his girlfriend.

“Grateful for all the love, growth and adventure with @iamyanetgarcia in my life,” he wrote. “When two people are able to drop ego and connect to their hearts that’s when the real magic happens.”