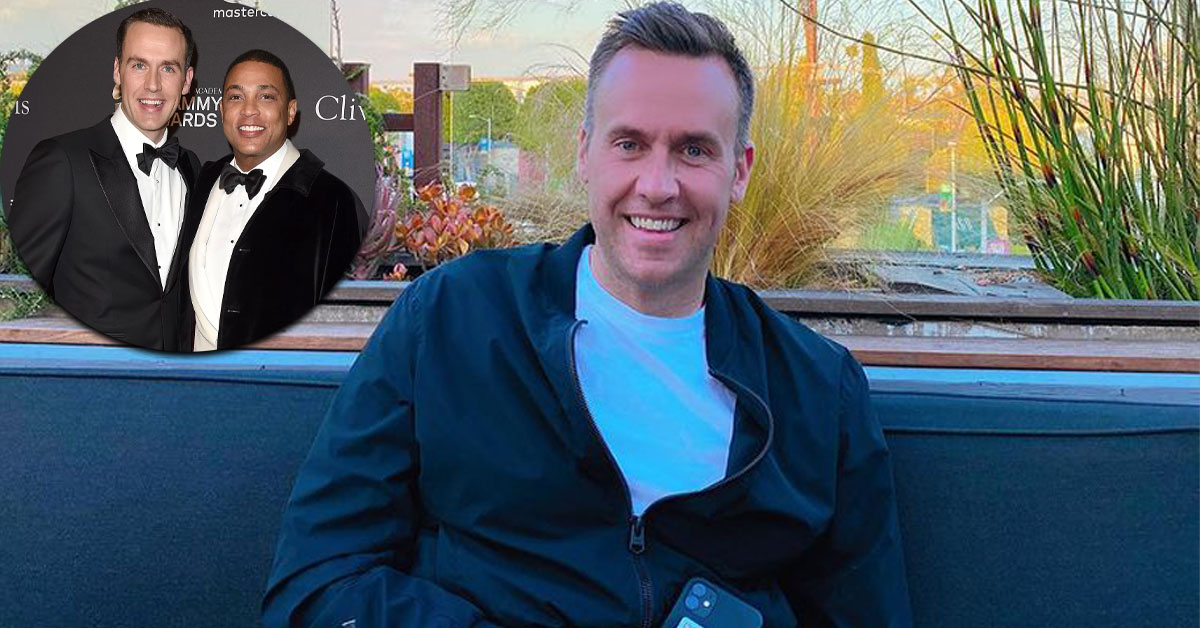 Tim Malone is popularly known for his relationship with Don Lemon, his soon-to-be-husband.

Tim Malone has managed to make a good fan following through his romantic connection with the CNN host Don Lemon. However, it is not the only thing that defines a talented personality such as his.

He has also managed to earn name and fame through his professional works. Currently, Tim serves as a real estate broker at a New York-based firm named Douglas Elliman Real Estate.

Now that we know a little about Tim, let’s learn more about him, including his wiki, bio, age, personal life, career details, and net worth.

Hailing from the suburbs of Water Mill, New York, Tim Malone was born in 1984. He celebrates his birthday on the 6th of April every year. Likewise, his zodiac sign is Aries.

The real estate agent has not opened up much when it comes to his family life.

Nonetheless, there are a few known details when it comes to his academics. In 1998, he enrolled at Southampton High School and graduated in 2002.

In the same year, he joined Boston College and began studying History/Journalism. Four years later, in 2006, he completed his education and received a degree in Bachelor of Science (B.S.).

Tim Malone has been a part of a romantic relationship for many years. Not only that, the New York native has already been engaged to his long-time boyfriend, Don Lemon.

Don is a host/anchor plus an author who is currently working for CNN.

Their togetherness was first known to the public when Don shared a picture captured alongside Tim in 2017, through his Instagram handle. Since that day, their public appearance has been frequent and they never hesitate to share pictures alongside each other through their respective social media handles.

After almost three years of dating, on April 6, 2019, Tim finally proposed to Don, in his own unique way. He popped the question with some help of their dog’s identification tag. The tag read, “Daddy will you marry Papa.”

Don immediately took a snap of it and shared it on his Instagram handle writing, “He gave me a present on his birthday. How could I say no?”

Following a good engagement ceremony, the couple was eyeing to share the wedding vows and eventually start a family.

Unfortunately, as the world was hit by the global pandemic COVID-19, they could not work on those plans. Nonetheless, Tim’s fiancé, Don, believes that their plans will proceed as they had hoped once the pandemic is over.

Don Lemon’s fiancé, Tim Malone’s career initiated right after he graduated from Boston College. His first job came in 2006 when he joined NBC Universal Inc. as a page program. Tim’s major responsibility was to work as a production assistant.

After serving the company for seven long years, he left it in 2013. In the same year, he joined Billboard as its Director of Brand Partnership.

Two years later, his responsibilities were changed and he worked as an Executive Director of Brand Partnerships.

In 2016, he left the job and took a break for a while. In 2017, he took on the job of Executive Director at Jukin Media. But, he didn’t work there for a long time. Following that, he entered the real estate business. In 2018, he joined The Corcoran Group as a Real Estate Agent.

With such a flourishing career, Tim Malone must have managed to accumulate a good net worth. As per The Sun, it is known that he has a net worth amounting to $10 million.