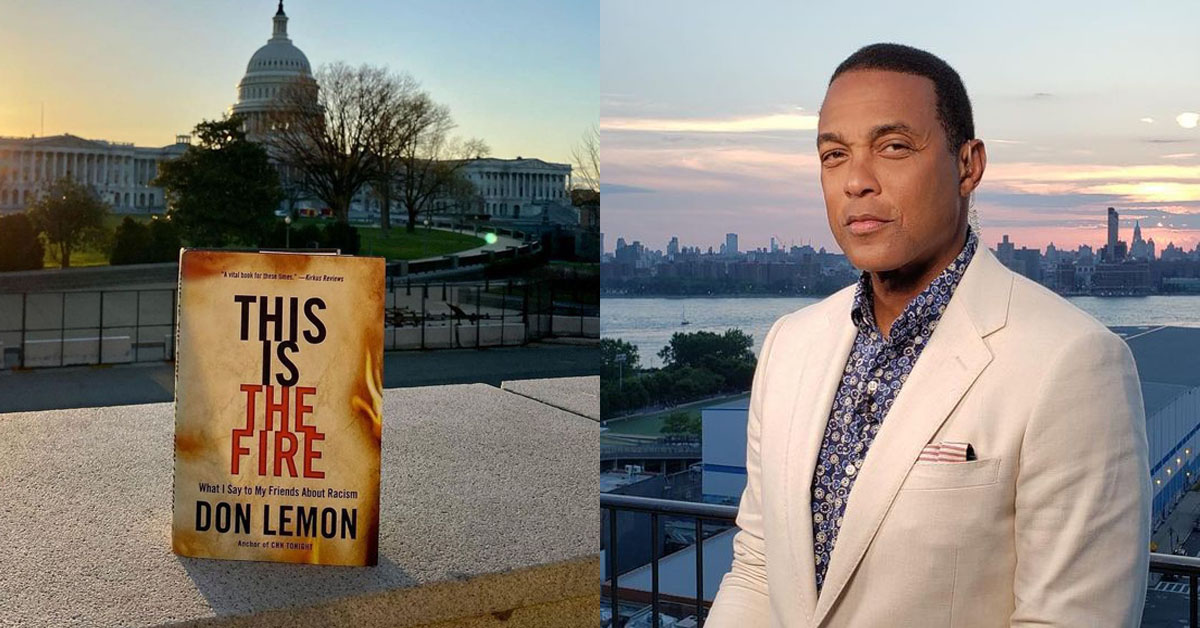 Don Lemon who is a television anchor and author of several best-seller books is considered one of the richest CNN hosts.

Don Lemon’s new book ‘This Is the Fire: What I Say to My Friends About Racism,’ which was published on March 16, 2021, has come out victorious. The television journalist’s new read has succeeded in securing the top position on the New York Times non-fiction best-seller list the very next week after its publication.

Celebrating the achievement, the CNN anchor took to his Instagram on March 25, where he shared a video thanking everyone for supporting and loving his work.

#ThisIsTheFire reached number ONE on the @nytimes best sellers list. I cannot thank you all enough for supporting.

“I want to thank everyone who inspired me to write this book,” Lemon said in the video. He added, “All the people who bought it, all the support, and mostly to the people who have having the conversations that I talk about in this book. It’s very, very important.”

The CNN Tonight host has also authored a couple of other books previously, including ‘Everybody’s Scrap Book of Curious Facts: A Book for Odd Moments,’ and ‘Transparent.’

Besides, Lemon is primarily known for his journalism stint with CNN, apart from his skills as an author. He has been one of the great assets for the network since joining them in 2006. His strong views on national and international issues rank him high as a journalist.

Over the years at CNN, he has hosted shows such as CNN Tonight, CNN Newsroom, The Don Lemon Show, Election Night In America, and CNN Democratic Debate.

Lemon’s successful career has also led many to make him a subject of internet debate on whether he is one of the richest CNN hosts.

And many of his readers and his television viewers are even curious to learn about his earnings and net worth.

Clearing it for you: Lemon earns an annual salary of $4 million from his stint as a host at CNN — and owns an estimated net worth of $12 million according to Celebrity Net Worth.

The Brooklyn College alum has varied sources for such whooping net worth, including paycheques from his stint as a host at CNN [as mentioned earlier], earnings from his books, and a few real state investments.

In February 2021, the LA Times reported that Lemon sold his three-bedroom house in New York’s Harlem neighborhood for $1.525 million, which he had brought in 2013. He profited about $37,000 from the trade.

He currently resides in a quaint cottage in Sag Harbor, Hamptons, which he brought for $3.1 million in 2016.