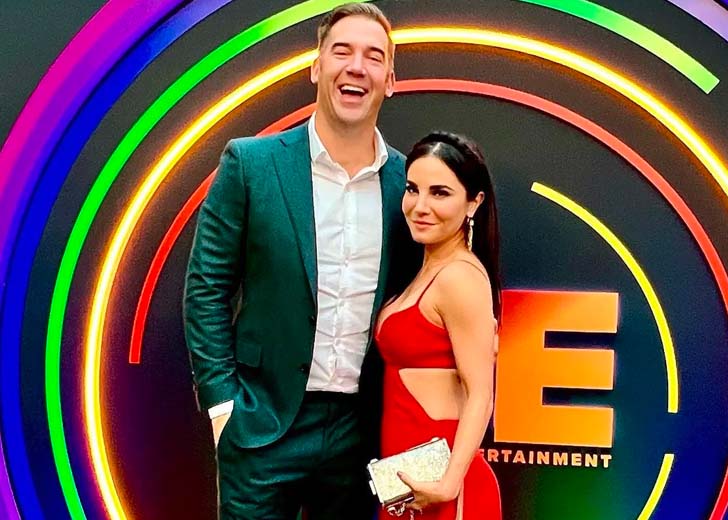 And now, the podcast host and his Mexican actress girlfriend are celebrating their first meetaversary.

On Tuesday, June 7, 2022, Howes took to his Instagram handle to share multiple pictures taken alongside Higareda from their vacation in Tulum, Mexico, and mark their first meetaversary.

Alongside those adorable pictures, Howes wrote a long and heartwarming caption where he showed gratitude and love towards his partner. He started his caption by saying that it’s crazy that he met Higareda one year ago with no plan or agenda.

“And how much richer life has become since she’s been in my life,” he added. “I remember years ago having a dream of meeting someone as into growth and learning like I am (believe it or not, she’s more into it than me!).”

Howes continued, “I remember thinking I’d love to meet someone who wants to go to therapy early in the dating process not because we had problems, but to get clear on shared values and vision.”

In addition, he wrote that he remembers visualizing waking up each morning next to someone who genuinely loves life and finds meaning even in the darkest moments. And now that he has found Higareda, he is inspired by her every day.

“Every day I’m inspired by the person Martha is in her personal life with friends and family, and the passion she has for her career, and the impact she makes on the world.”

In the end, Howes mentioned that the favorite part of his day is the moment he opens his eyes in the morning because Higareda wakes up with a smile and her smile never gets old.

“Te amo muchísimo amor and the adventures are just getting started,” he concluded his caption.

Moments after Howes made his post, Higareda took to the comment section and stated that she is very grateful for her and Howes’ love and how he shows up to their relationship.

“You are a dream to me too! It’s such a joy to share our lives together. I love what we continue to create with our values and vision and laughter. Life is a better adventure by your side! TE AMO!” she concluded.

Besides that, Higareda also posted a couple of snaps and clips from their vacation and wrote an elongated caption. She started her caption with, “A year ago we said hello for the first time but it feels like we’ve known each other before.”

“Like two good old souls who are reunited to share what had happened in the gap they didn’t see each other, like catching up, our conversation and fun flowed so easily, we connected spiritually.”

She continued, “After that day, we started building our foundation brick by brick, first with friendship, taking our time to get to know each other from our authentic selves. We felt the chemistry, yes, and a very strong connection but that wasn’t all.”

Higareda then wrote that she and Howes took their time to see if their values and vision would match and they were so happy to learn that they did. “I love you! And it’s been joyful, candid, adventurous, solid, sexy and so so peaceful… it just feels right.”

Similarly, she mentioned that she loves how much Howes works on himself and wants to serve others and that he is a man in all the best sense of the world. “A man that is not afraid to be vulnerable, a man that is open and flexible and dares to love fully.”

“I love your uniqueness, your drive, your mission, your bear sweet soul, and your very specific sense of humor that cracks me up (even when no one else is laughing)”

Higareda concluded her caption by saying Howes inspires her very much and then thanked him for all the joy he brings to her life.

Howes and Higareda first met each other on June 7, 2021. On October 25, 2021, the podcast host teased about his new relationship with Higareda — he was dating Yanet Garcia for around two years.

On November 23, 2021, GLAMOUR BUFF exclusively broke the news that Howes and Higareda were officially dating after being tipped off by Higareda’s close friend. Since then, the couple has always been together.