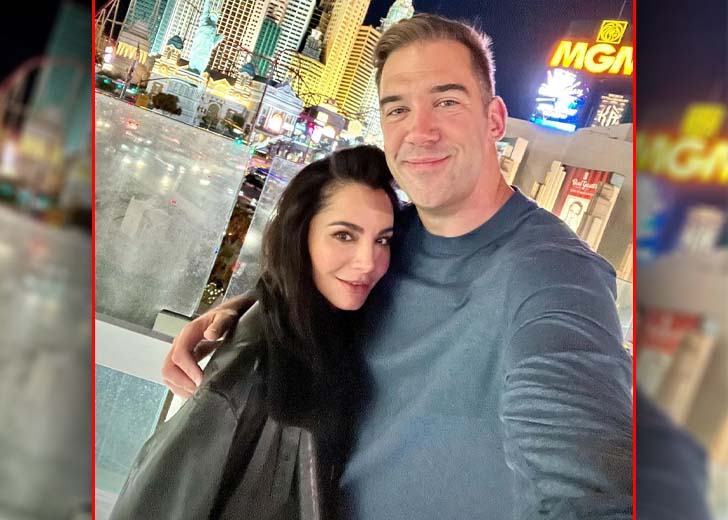 On Monday, October 25, 2021, Howes hinted at his new relationship in his recent Instagram post, where he posted a couple of pictures with Higareda including a selfie snap.

In the caption of the post, he thanked his alleged new girlfriend for taking care of him after his teeth surgery.

“It’s been an interesting few days and grateful for @marthahigaredaoficial love and taking care of me after my teeth surgery,” he wrote in the first paragraph.

In the next few paragraphs of the caption, he went on to give the details of how he had his teeth removed 20 years ago and the recent problems he faced due to which he had to undergo teeth surgery.

In the last paragraph, he mentioned that he will be sharing more of this story later and in the meantime, he is “the juice, soup, and yogurt king for the next few days” while he recovers. He also added that Higareda was making sure that he got lots of love.

The comments from the couple’s friends and fans on the post and Howes’ response to them shows that everyone is happy about his new relationship with Higareda.

In one comment, a follower of Howes had written, “Love you. Perfect couple” to which Howes replied with a red heart emoji.

In another comment, one fan attached a number of red heart emojis and wrote “best couple.” In reply to that, the New York Times best-selling author replied with a thumbs-up emoji.

“You make a beautiful couple. Speedy recovery Lewis,” another fan had commented. To this comment, Howes replied with “Thank You” followed up by a blue heart emoji.

As a result of this post, people have begun to wonder if the two are dating each other. But both Howes and Higareda have not made their relationship public.

Higareda had previously posted some pictures and clips alongside Howes via her Instagram handle, but there was no relationship confirmation again.

Update (Dec 28, 2021): Lewis Howes has made his relationship with his girlfriend, Martha Higareda, public.

Howes’ alleged new girlfriend is Martha Higareda, a talented Mexican actress who has appeared in a number of movies and TV shows, the latest being Netflix’s Altered Carbon (2018-20).

Besides being an actress, she is also a producer, screenwriter, and podcast host. In her podcast, De Todo Un Mucho, she and her co-host Yordi Rosado talk about different topics.

In her recent podcast, she gave her views on relationships. During that, she mentioned how her relationship failed even when she did everything right and gave her 200%, which made her sad and devastated.

Born in 1983 as Martha Higareda Cervantes, she celebrates her birthday on the 24th of August every year. She hails from the suburbs of Villahermosa, Tabasco, Mexico.

The 5 feet 3 inches tall actress is the daughter of Martha Cervantes, an actress, and Jose Luis Higareda. Apart from her parents, she has a sister named Miriam Higareda, also an actress.

Before hinting at his newfound love with Higareda, Howes was previously dating Yanet Garcia, a former weather reporter and an OnlyFans model.

Howes and Garcia officially began dating on January 17, 2019. A year later, on their first dating anniversary, the author took to his Instagram handle to officially announce his relationship with Garcia.

While they were secretly dating, they even moved together in the United States. And, after the reveal, they began publicly flaunting their togetherness.

However, little did everyone know that their relationship wasn’t going to last forever. Around early 2021, people noticed that Howes and Garcia had stopped posting pictures alongside each other, which was new as they usually posted several pictures.

Later, it was confirmed by Garcia when one of her followers asked her if she has a boyfriend, to which she replied no. Since their split, Howes and Garcia have been going on with their separate lives.