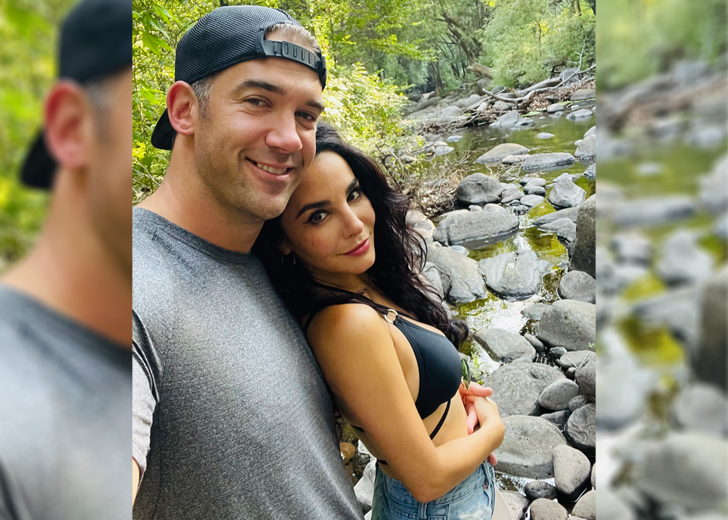 GLAMOUR BUFF confirms the motivational speaker and the Mexican actress have been dating each other since June 2021.

“He [Howes] contacted her [Higareda] on Instagram to invite her to go salsa dancing. They happened to be one hour away from each other,” a close friend of Higareda tells GLAMOUR BUFF exclusively. “They went to have dinner and stayed up all night just talking for hours.”

Howes, who was already single, met Higareda during one of his trips to Mexico, where they apparently became very close.

According to the close friend, Higareda, in one of the interviews said, “I’m still getting to know him, he still has to win over my heart, I want to take it slow.”

“The couple decided to be more traditional and wait before being intimate to see if their values would align,” said the source. “Most people fall in love with the chemistry…this is called trauma bonding not real love, and when the rush of s*x passes, you discover the real person and realize you don’t align.”

Continuing their statement, the source said that the couple had experienced trauma bonding in their past relationships and “discovered that their previous partners didn’t match in values.” To not let that happen again, Howes and Higareda decided to see if they aligned first before taking things to the next level.

Fortunately, everything worked out just fine, and after realizing that, they made their relationship official.

Higareda’s close friend also gave us the idea that the couple had been enjoying their time together doing fun things like salsa dancing at Sofitel, watching Dustin Poirier’s UFC fight in Vegas, and Canelo Álvarez’s fight at MGM Grand.

Previously, GlamourBuff reported Howes’ alleged relationship with Higareda and how the now-confirmed couple had spent a good time in Napa alongside Howes’ friends, including Jay Shetty and his wife.

Higareda’s close friend also pointed out the same event and said that Shetty is happy to see his friend, Howes, happy again. The source quoted a line that Shetty had told, “She [Higareda] is a wonderful human being. I’m so happy to see Lewis finally happy.”

In addition, the source said that Howes is proud of his present relationship with Higareda. They also pointed out Howes’ statement on the Dear Gaby podcast in which he had mentioned that for the first time in his and Higareda’s lives, they are consciously laying a solid foundation of acceptance and true love.

“Higareda is sometimes even more committed than me, we learn from each other a lot,” Howes added. “Martha is committed to the growth just as Howes is and she constantly surprises him with her congruency,” the source adds.

Besides all that, the source also gave us the idea that Howes’ split with his ex-girlfriend Yanet Garcia was not amicable. The source referred to an interview of Garcia’s friend, in which the friend told that Garcia was extremely jealous and insecure even when Howes was supportive of her career.

However, everything began to fall apart. Furthermore, the contents of Garcia’s Instagram handle and OnlyFans were not aligned with Howes’ values, which became one of the main reasons behind their split.

Posted on September 1, 2022September 1, 2022
Yung Gravy responded to the diss track, 'Leftovers' by Monty Lopez, commenting, "It did not have to come to this."
Read More