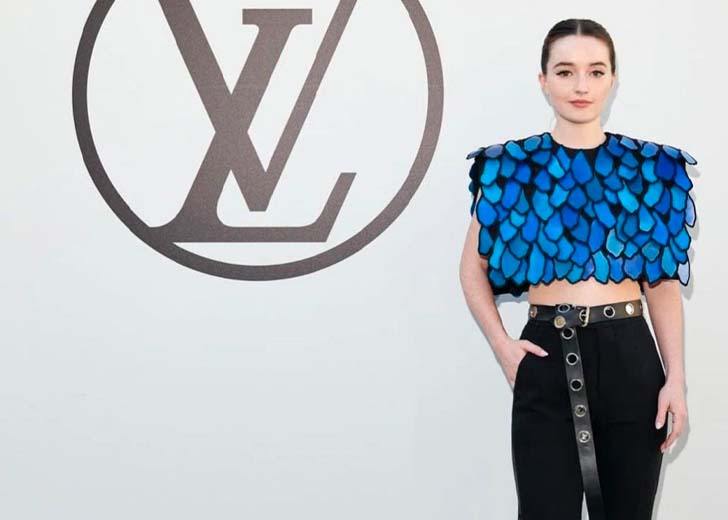 The actress has gained much attention as a beautiful lady and an emerging actress, particularly in her love life, which has been a constant public interest. Many rumors about her dating other celebrities and having a partner have surfaced from time to time.

So, is she currently dating anyone? Here is what we know about Dever’s boyfriend.

Is Kaitlyn Dever in a relationship?

Dever prefers to keep her love life private. Furthermore, her social media is dominated by her best friends and family members, with no mention of her partner or boyfriend.

However, several names on the list have previously been associated with her.

It was reported in 2014 that the Ticket to Paradise star was dating the well-known actor and musician Ansel Elgort. They worked together as love interests on the comedy-drama movie Men, Women, and Children.

After that, the rumors of their relationship started. However, none of them confirmed the report.

In 2020, there was more speculation about Dever’s boyfriend. At the time, her name was linked to Stranger Things star Finn Wolfhard, as she appeared in scenes with him in the Quibi series Home Movie: The Princess Bride.

It was rumored that Kaitlyn Dever’s boyfriend was Nico Higara, but later, the two debunked it. (Source: Instagram)

In October 2021, Dever posted a photo of herself hugging skateboarder and actor Nico Hiraga. This refocused media attention on her dating life.

Many of her fans wondered if Higara was her boyfriend. However, according to the actress’ caption in the photo, they are just friends.

Similarly, Higara debunked the rumors by commenting, “love you big sistahhhh,” with green and yellow heart emojis. Dever then commented, “love uuuu,” proving all they had was a platonic relationship.

Furthermore, according to Whos Dated Who, the actress is currently dating Travis Trope. However, there have been no updates on their relationship.

In 2021, there were many rumors that Dever was dating Ben Platt. The speculation started mainly after the pair revealed how they lived together while filming Dear Evan Hansen.

Dear Evan Hansen began filming in September 2020, and because it was such a large production, the studio required everyone to take extensive coronavirus precautions.

Platt told Entertainment Weekly in a YouTube interview that the entire production had “first people on the moon vibes.” The majority of the film was shot in Atlanta, Georgia, and according to Platt, they were not permitted to leave the city except for work and then home.

Platt claimed that he and Dever did not go anywhere, including public places, while filming the film. However, because they were filming together, they could make that type of isolation tolerable in other ways.

According to Platt, living with Dever made the experience “more familial” rather than isolated. Dever noted that having each other made a huge difference.

For example, Platt’s birthday fell in the middle of filming, and when he returned home, Dever had prepared a meal for him to celebrate. She decorated the room with balloons and gifts and gave him a vintage Pikachu t-shirt.

Their friendship, however, manifested itself on regular days as well. They’d come home on most days, snuggle on the couch, and watch Netflix.

For Platt, there is a significant difference between the stage and film, as the actor explained. He gets immediate gratification when the show ends when he’s on stage.

However, because he only shoots a few scenes daily, things feel “unfinished” for him. As a result of living together, they could shake off those feelings at the end of the day.

Moreover, Platt identifies as gay and has a partner named Noah Galvin. So, he is not Dever’s boyfriend but one of her closest friends.

Online Installment Loans From Direct Lenders: Can You Access Them From ZaxLoans?