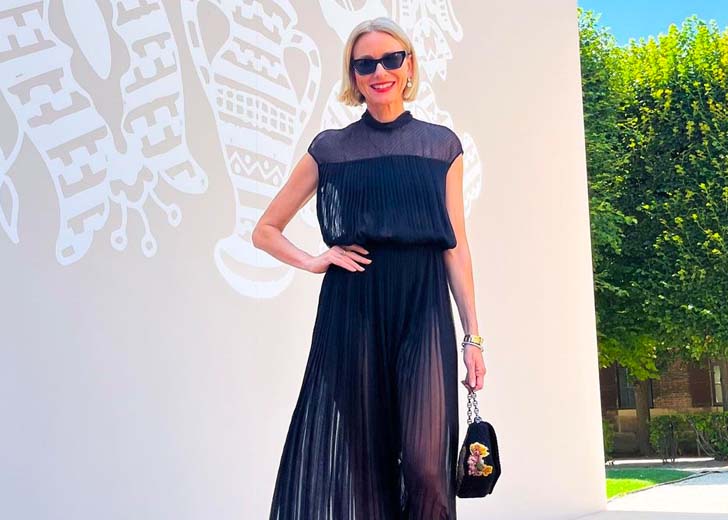 The statement said, “Over the past few months we’ve come to the conclusion that the best way forward for us as a family is to separate as a couple.”

“They have been on the rocks for quite a while,” a source on the set of Schreiber’s Showtime, Ray Donovan, told People.

Watts said in 2012 that marriage was not a great concern for the couple. “We’re very much together, and we just don’t have the certificate, which is OK with both of us,” she explained.

Well, for a fact, the couple never really got married. So, they practically didn’t divorce but just went their separate ways.

Here is what the actress’s dating life looks like after separating from a long-term relationship with ex-partner Schreiber.

Billy Crudup and Watts met in 2017 while working together, and their relationship has grown over time. Their relationship began one year after Watts and Schreiber called it quits after 11 years of dating.

“I’m single,” Watts told Vogue Australia in 2017. She also mentioned that she was co-parenting their kids. “Everyone has good and bad days, and Liev and I get along fine, and we’re doing our best for the sake of the children,” she continued.

Following their breakup, the Australian native fueled dating rumors with Crudup while promoting their Netflix comedy, Gypsy. Watts and Crudup collaborated on Netflix’s Gypsy, where Watts played a psychotherapist in the show, while Crudup played her onscreen spouse.

According to US magazine, the actress’ current romance has not affected her co-parenting relationship with Schreiber.

As a couple, Watts and Crudup were first seen together when they were spotted holding hands as they left the Vogue BAFTA afterparty in London in February 2018.

The former cast member of Twin Peaks supported her boyfriend at the Screen Actors Guild Awards this year in February. Crudup made his red carpet debut alongside Watts after being nominated for his role in The Morning Show.

This shows that the couple is still going strong. However, the pair has not tied knots yet.

Crudup and his ex-wife Mary-Louise Parker have a kid together. The Almost Famous actor previously made news when, in 2003, he dumped Parker for Claire Danes while she was six months pregnant. Crudup and Danes were romantically together for four years until splitting up in 2006.

The Ring, King Kong, and Mulholland Drive are the films for which British actress Watts is most recognized.

Her involvement in the philanthropic world dates back to 2006 when she helped raise awareness for the Joint United Nations Programme on HIV and AIDS.

In 2012, she also accepted a position as an ambassador for Pantene’s Beautiful Lengths, a charity that provides real-hair wigs to women battling cancer.

How Much Is Jake Lacy's Net Worth? Know His Movies and TV Shows