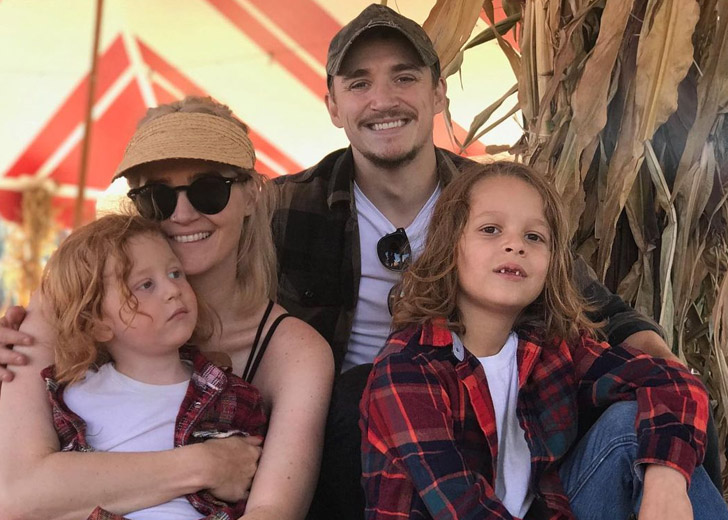 All about Kyle Gallner’s married life with his wife, Tara Ferguson.

On Saturday, December 12, 2015, actor Kyle Gallner wed his longtime girlfriend Tara Ferguson in a lovely outdoor wedding at Graf Barn in Oxnard, California, as he shared on social media.

The actor posted a picture from the rustic wedding ceremony along with the great news, which read, “I married my best friend yesterday. It was such an amazing day. I love this woman! :),” on his Instagram.

The ceremony was held beneath the oak trees in the barn with folding wooden seats covered in supple branches. The couple chose dark shades of red, green, and blue with silver, gold, and sparkling lights for their ceremony.

Ferguson said, “We both love Christmas, and wanted everything to be simple and cozy. It felt like being in a cabin, so I think we achieved what we were after!” to the Brides outlet.

The bride’s Rosa Clara wedding gown featured a high neck and an ottoman fabric with beautiful stripes. She added a delicate chignon and a dark crimson lip to her wedding outfit.

While Gallner’s groomsmen wore various tones of gray, he wore a midnight blue Ted Baker suit. The couple’s kids walked down the aisle with the bride’s nephew, William, while the flower girls rode in a Radio Flyer wagon.

In August 2011, Gallner and Ferguson met at a karaoke bar in Burbank, California, and described their meeting as “very romantic.”

The pair skipped a formal engagement and instead decided to get married. “We always knew we would get married,” explained Ferguson to the Brides.

Kyle Gallner with Tara Ferguson and their sons (Source: Instagram)

The couple tied the knot on December 12, 2015, after dating for several years. The couple’s two adorable sons, who were still little at the time, also attended the wedding. It has already been over five years since the pair first tied the knot.

On January 2, 2020, Gallner posted numerous images to his Instagram account, wished everyone a new year, and gave some thought to his life. He mentioned that he was intoxicated in the past and had predicted his death at the age of 30. But that has changed.

Now, he has become a sober spouse and a father of two. He also claimed that he used to be a wild and fun-loving person, but he insisted that it was now alright for him to leave most of that behind and move on to his next chapter.

On November 1, 2020, the Veronica Mars star wished his partner a happy birthday with a photo and a brief note which read, “Happy birthday to this super babe. I can’t wait to go on adventures with you again.”

The same year on November 9, Gallner also celebrated the sixth birthday of his youngest son. He uploaded a photo of himself with his son Leo and wrote, “Six…. six! How did this happen so quickly. My little Leo is six years old today.”

On May 10, 2021, The Outsiders actor wished his wife mother’s day with a series of cute pictures of his children’s mother alongside a long yet lovely message on his Instagram.

The actor wrote, “Happy Mother’s Day to my babe wife/mother of my children/Wonder Woman who is the glue of our family unit.” He also noted that he has been grateful to his wife.

Everything about 'House of the Dragon' Star Ewan Mitchell — Age, Parents, Height, and More