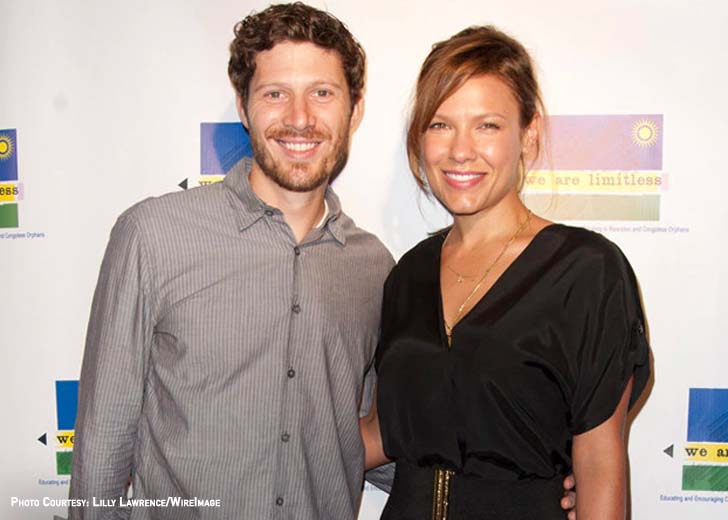 American actor Zach Gilford is best known for his role as Matt Saracen on the NBC sports drama Friday Night Lights. He has been married to The Glades‘s actress Kiele Sanchez for the past decade.

Gilford met Sanchez while filming the ABC pilot The Matadors in early 2010. According to People, Gilford and Sanchez got engaged in 2011 after dating for more than a year.

The actor later revealed their wedding plans to E! News, saying, “We agreed on a time. We found a magical, magical location for our wedding, and I’m overjoyed. It’s going to be great.” As the actor mentioned, the couple had a fantastic wedding on December 29, 2012.

Gilford was married for the first time, but Sanchez was previously wed to screenwriter and director Zach Helm from 2001 to 2008.

When Zach Gilford emailed photographer Jonas Peterson to book his December 29 wedding, he first wanted to explain how he fell in love with his bride-to-be.

The actor said he met Sanchez while they were both involved with other people, but he knew they had to spend their lives together. According to Peterson, the photographs capture various emotions, from the couple’s tearful vow exchange to their subsequent joyful celebration.

Furthermore, Gilford gushed about his bride during the Television Critics Association Summer Press Tour in 2012, calling her “the most amazing woman in the world.”

Zach Gilford and Kiele Sanchez have one daughter

Sanchez announced her pregnancy on August 9, 2015, while promoting her show Kingdom at the Television Critics Association press tour. The couple was expecting a baby boy in early November.

However, Gilford and Sanchez later told People that they lost their child during a miscarriage.

In a 2016 essay for The Hollywood Reporter, the actress detailed her emotional devastation and her subsequent return to the Kingdom to play her pregnant character.

She also said, “I was consumed by the amount of pain I was experiencing. My mind somersaulted when I looked in the mirror. I’m pregnant once more. It was all a nightmare. In my nightmare, I would have to perform over and over until we ‘got it.”

Kiele Sanchez was Pregnant with her son. (Source: Twitter)

After many difficulties in giving birth to their child, the couple welcomed their daughter Zeppelin via surrogate in November 2017.

Gilford and Sanchez told People that it had been a long and painful journey for them and that Adele is the light of their lives now that she is born.

What is the meaning of Zach Gilford’s daughter’s name?

The actor revealed that their daughter’s name has nothing to do with music. Sanchez texted the baby’s name during the first ultrasound, and he liked it immediately.

The couple decided to name their child Zeppelin, whether he or she was a boy or a girl. They had been calling her name since she was six weeks old. The couple believes that names define people and that name has a personality.

Furthermore, the child’s middle name was the same as the actors’ grandmother’s. Gilford stated that he and Sanchez adore his grandmother, and she was one of the first people Sanchez met in the family.

Who Is Matt Biedel Married To? Meet His Wife and Children