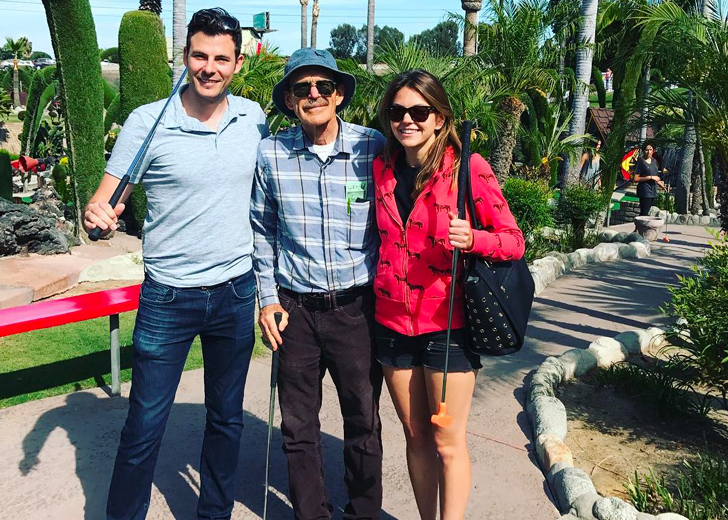 All about Aimeé Teegarden’s relationship with her partner Chris Skinner.

American actress and model, Aimeé Teegarden, has been with her partner Chris Skinner for over a decade. The couple was first seen in public together in Canada.

Even though the actress has not confirmed her marital status, she was rumored to be married to her boyfriend of ten years in a discreet wedding.

Teegraden is known for her role as Julie Taylor in the NBC drama Friday Night Lights, for which she received Young Hollywood Awards in the category TV actress of the Year in 2011.

Aimeé Teegarden and Chris Skinner have been together since 2012

Friday Night Lights actress Teegarden has been together with her partner Skinner since 2012. As per Zimboo, she was first seen with her boyfriend on March 18, 2012.

The pair were captured walking down the street with Teegraden grabbing Japadog and a bottle of wine with her boyfriend in Vancouver, Canada.

After a year of making a public appearance, in 2013, the actress posted a cute picture with Skinner on April 7 on her Instagram. She captioned the photo, “Cooking class with @britimport.”

In 2016, the duo celebrated their Valentine’s day, and Teegraden posted a picture of her with her partner and cute little dog and wished him a very Happy Valentine’s Day.

On July 23, 2019, Hannah Montana actress wished Skinner a belated Happy Birthday along with a photo and a sweet message which read, “A belated very Happy Birthday to this caballero and my ❤️.”

Teegarden last uploaded a picture of her with her lover on January 2, 2020, on her Instagram. Since then, she has not posted any pictures with him so far. However, the actress often tags him in her pictures.

Teegarden is not married yet but is in a romantic relationship with her boyfriend, Skinner. Having said that, there were rumors about her marriage to Skinner in the past.

It is alleged that the American actress got married to her long-term boyfriend Skinner, a British national, in a secret ceremony. However, she has never publicly admitted to being married.

In the past, Teegarden and Grey Damon were said to be romantically involved. But there is not much information regarding their relationship.

Although she never mentioned dating Damon on social media, she shared a lot of images that prompted the rumors.

The California native was also previously rumored to be dating her fellow co-star Zach Gilford. The two worked together on the American sports drama series called Friday Night Lights.

But the rumors were not true as the two never dated or developed a romantic relationship despite being cast members of Friday Night Lights together. Gilford got married to Kiele Sanchez after dating her for two years.

What Skills Do You Need for a Cyber Security Expert?