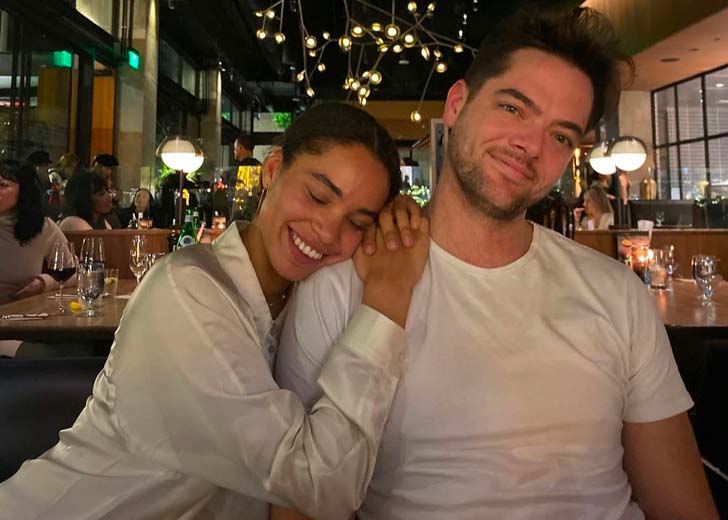 Nesta Cooper knew at 13 that she wanted to become an actress and was already saving for acting school.

Nesta Cooper is a Canadian actress and model best known for her appearances in Reality High as Dani Barnes and The Edge of Seventeen as Shannon.

Cooper also portrayed Carly Shannon in the series Travelers from 2016 to 2018. But lately, she has risen to frame for playing Haniwa in the ongoing Apple TV+ original show See, which first aired in 2019.

After the success of See, many fans are curious if the actress is married, single, or dating. Well, she is not single, for sure.

After dating for several years, the actress got engaged to her partner, Peter Van Auker. Read along to find more details about the couple and their relationship timeline.

If you had followed the actress, you would know that she keeps her personal life private and doesn’t share much information online.

However, it is known that Cooper began dating Reality High’s associate producer Peter Van Auker after the film was completed on November 21, 2016.

The duo met during the production of the 2017 adolescent comedy film Reality High.

They began dating in 2016 and moved in together as a live-in couple in 2017. They also adopted a Husky puppy and named him Juneau.

Nesta Cooper and Peter Van Auker got engaged in 2020

In 2020, the couple got engaged in a small private ceremony after Auker proposed to her. She even posted the proposal video on February 28, 2020, on her Instagram with a sweet caption:

“I am so lucky to have the most perfect person in my life. I love you so much. thank you to everyone who helped make this happen and to all who kept the secret for so long!!! I refuse to say anything else corny. I’ll save that for just you, my sweet fiancé!!!! can’t stop crying and smiling.”

Auker has kept his social media profiles private, and not much information about him is available online.

However, Cooper posts her fiance’s picture on her instagram now and then — usually on his birthdays.

Elisha Evelyn is her mother, but her father’s name is unknown. She grew up in an African-Caucasian family and was raised as a Christian throughout her youth.

“I was pretty young, like 13. I grew up on Vancouver Island in a town called Courtenay with my mom and two sisters. There was, like, one other Black family in town. My family was super close,” she shared.

“We would choreograph dances together, put on little plays for our mom, shoot music videos and pretend we were different characters from different shows. It was a very playful and creative space,” the actress continued.

“And I was so inspired by actors I loved on TV, so I just wanted to do it. Everything I did from then on was to save money to go to acting classes. I worked at our local Tim Hortons, which I really loved, and then Ardene.”