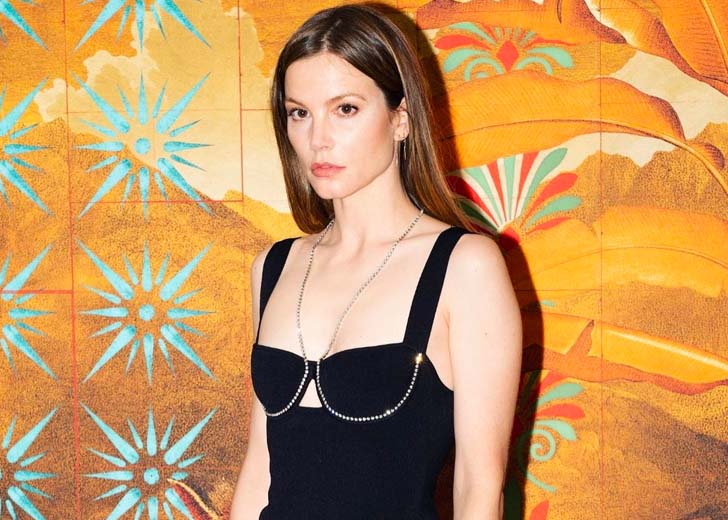 See takes place in a dystopian future when sight is no longer the norm, and the ability to see is seen as wicked and the result of witchcraft.

In the first episode, two blind children are born, and their mother, played by Hera Hilmar, and adoptive father, played by Jason Momoa, must flee with their whole tribe to escape the children from Queen Kane, played by Hoeks, and her Witchfinder General Timacti Jun.

Here’s what Hoeks has to say about her character’s voice and the fan’s reaction to the character’s sound.

Sylvia Hoeks wanted to make the character weird and awkward

Hoeks talked to iHorror about her character and how she got it. She explained that it all started with a self-taped audition when series creator Steven Knight approached Hoeks.

She became instantly connected to the character as she began diving into the parts provided to her.

“I really loved what I read of the queen and this intriguing new world,” the actress explained. “I had quite an idea already about how I wanted to pursue the role if I got it. I really wanted to make it weird and awkward and a bit crazy,” the actress shared.

That involved approaching director Francis Lawrence and explaining her desire to shave her head. Lawrence agreed, and her inner feelings and thoughts gradually began to shape Queen Kane on set.

This involved crafting an unusual and exciting tone to her speech, giving it a lilting sing-song type character that, among other things, occasionally throws the listener off-balance, unclear of her motives or intents.

“I though of Lou Reed and some of his interviews that I had watched,” Hoeks said, laughing.

“He toyed with the journalists during interviews. He was definitely under the influence of a lot of things but he does it in a way so that he sounds a bit crazy but in a way that’s very intriguing.”

“It’s almost like a cat who is playing with a mouse so I tend to take it from there. Queen Kane uses her voice to play with her mice,” she said, talking about her inspiration behind the voice.

She described it as an incredible opportunity to portray a part intended for a powerful woman who did not rely on her body or sex to maintain her kingdom.

Many fans, after watching See, found Queen Kane’s voice repulsive. One viewer posted on Reddit, “What the f with Kane’s voice?”

While others had their own theories as to why Queen Kyne had a peculiar voice. “I have a theory as to why the queen talks like that,” another fan took to Reddit to share his thoughts.

“What if it’s a royal accent. How else would you tell you were really talking to her or you heard someone with a similar voice. Given everyone’s blind I’m sure a form of trickery (and crime) was impersonation.”

“To claim you’re the most powerful person in the land would be easy and everyone would start doing it causing chaos. So the accent is one of a kind. We have The Queens English in Britain which is just a way she talks so its not that big of a leap they could have developed something similar. Either that or she’s just a weird actor.”

Posted on August 16, 2022August 16, 2022
"I think that love stories about people like this are very few and far between," says Claire.
Read More