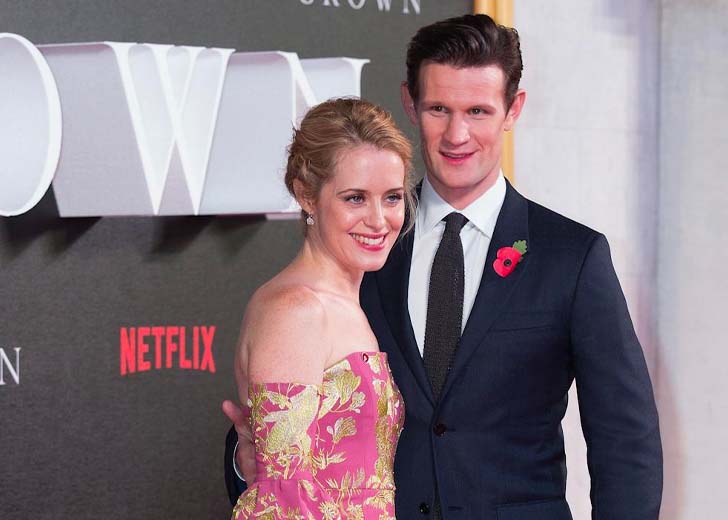 There was a rumor that Claire Foy was somehow involved in Matt Smith and Lily James relationship.

The Crown stars Claire Foy — who played Queen Elizabeth II — and Matt Smith — who played Prince Philip — in the Netflix drama were rumored to be dating following their split with respective partners.

Foy and Smith have been friends for a long time and were cast as husband and wife in the play Lungs for the second time.

Fans were captivated by their chemistry on The Crown. The two were a convincing couple as the Queen and Duke of Edinburgh, from tender glances to stony silences.

The two have appeared to be more than just friends offscreen. The duo was also photographed together while eating dinner, showing that they have a bond that extends beyond their professional work.

Furthermore, in 2017, Foy greeted him with hugs at LA airport, and they were seen drinking together in London while holding hands.

Following their dating rumors, they also split from their respective partner, leading fans to speculate that Smith and Foy’s romance was the reason.

In February 2018, Foy and her husband, Stephen Campbell, announced their separation. They said in a joint statement, “We have been apart for some time. We remain great friends, with the utmost regard for one another.”

The Sun quoted an apparent friend saying, “Many of their friends were shocked to hear this news after their seven years of dating, but they are lovely people and want to keep things civil.”

The separation was difficult for both of them and their families, but they are wonderful parents who are both intelligent and successful in their own right. They decided that their relationship was not working and that it was best to end it.

Moreover, Foy told The Crown team that she was dealing with many personal issues at the time, and she assured the public that there was nothing romantic going on between her and Smith.

Smith and his girlfriend Lily James began dating in 2014. She was reportedly seen shopping for an engagement ring with Smith’s dancer sister Laura.

They were expected to marry and start a family, but they split up. James appears to have handled the breakup poorly. According to Daily Mail, there was a rumor that Foy was somehow involved in their relationship.

After their breakup, James was seen walking the red carpet at a film awards ceremony in London, where she appeared distracted.

On the other hand, Smith was trying to handle their separation with care. The couple’s lunch at Hampstead’s Spaniards Inn pub appears to have been to discuss the aftermath of the news that the romance was over.

Later, James shared the photo on social media, referring to Rebecca and herself as “post-traumatic stress disorder buddies. The post shows that she was suffering from the breakup.

Furthermore, when Smith was asked about his relationship with James, he awkwardly said, “I really believe in journalism and journalistic inquiry, but I also believe in the privacy of one’s life and want to keep it as my own.”