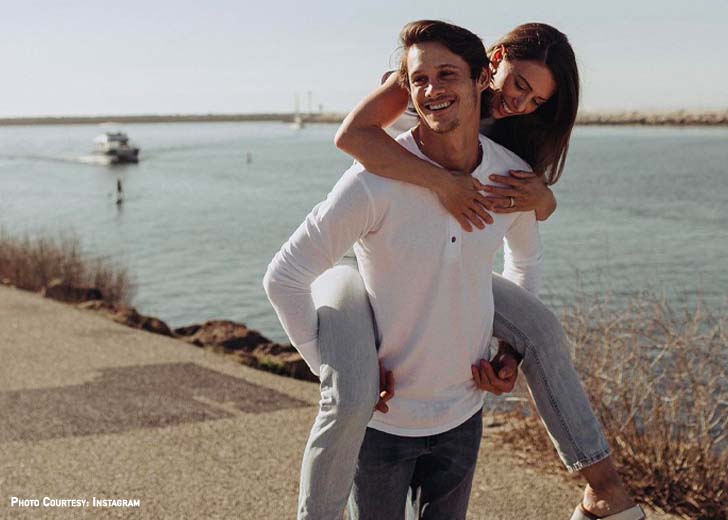 Timothy Granaderos’s girlfriend fell for the allure of fine art while visiting the timeless museums of Italy.

Timothy Granaderos is a model and actor best known for his role as Montgomery De La Cruz in the Netflix teen drama 13 Reasons Why. Aside from his professional career, he has received attention due to his relationship with Kate Dixon.

Granaderos’s gay character in 13 Reasons Why has led to speculation that he is gay on several occasions. However, the truth is quite different.

Fans of the hit television show should be aware that he is dating Katie Dixon. Though it is unknown when or where they met, the two have a long history together. According to the actor’s Instagram account, the pair’s connection dates back to 2012, indicating that they began dating around that time.

Even if they were not romantically involved at the time, the two must have been good friends and eventually developed a romantic relationship.

Despite their low-key relationship, the couple does share photos of each other on their respective Instagram accounts. Dixon posted a picture of Granaderos wishing him a happy birthday on September 10, 2021.

Along with the wish, she expressed her feelings for him, writing, “there are ten trillion galaxies in the universe. that’s ten times more stars than grains of sand on earth. and in this big universe on this small planet we found each other.”

“love you and happy birthday my beautiful beach boy,” she added.

According to Dixon’s website, Granaderos’ girlfriend is a Los Angeles-based creator whose expertise spans the entire creative process, from direction to design to photography.

Previously, she attended Michigan State University and majored in advertising and art history. Later, she enrolled at the American University of Rome to pursue a degree in international advertising. She fell for the allure of fine art and design while visiting the timeless museums of Italy and the Cannes Advertising Festival in France.

After completing her education, Dixon developed numerous distinctive visual identities for companies in the beauty, sports, spirits, apparel, and wellness industries, showcasing some of her work in Cosmopolitan, Rollingstone, and Sports Illustrated.

Likewise, she expanded her artistic versatility into photography to connect with the world. She also found a more profound balance between her technical side and intuitive nature. She has reflected her love for the ocean, movement, and sustainability through her imaginary talent.

Timothy Granaderos appeared as gay in ’13 Reasons Why’

Granaderos starred in the Netflix series 13 Reasons Why as Monty. He appeared as a recurring character in the first and second seasons and as the main character in the third and fourth seasons.

The show took an unexpected turn when it showed Monty hooking up with another guy while drunk. But his self-hatred and shame at giving in to his desires drove him to beat the guy immediately. While attempting to suppress his emotions, he eventually returned to that same guy and spent the night with him.

Likewise, Monty is portrayed in the series as an abusive man who is imprisoned as a punishment for his wrongdoing. Timothy left the series after 43 episodes in the third season.

He has been trolled in real life; some have even sent him death threats because of his roles in the series. Timothy is a wonderful person in real life, and he is not gay and has never been linked to any known gay person, either now or in the past.

Does Ryan Grantham Have A Girlfriend? His Personal Life And Mother's Killing Discussed