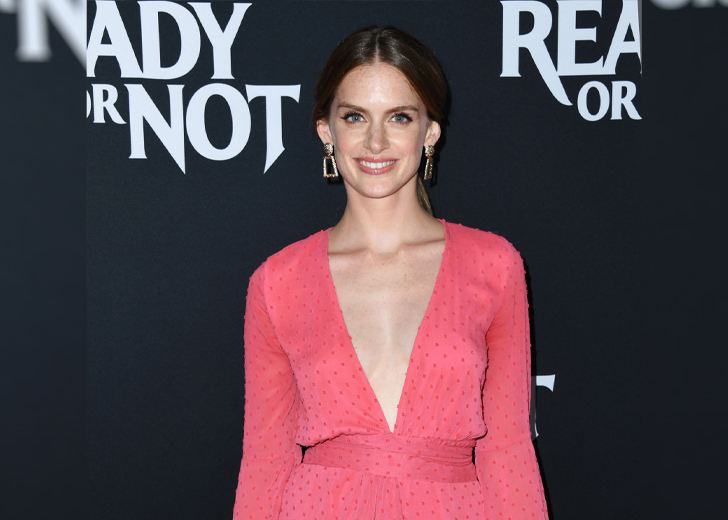 Hanneke Talbot is an aspiring Netherlands-born actress who has already earned a healthy amount of fame thanks to her performance in different movies and TV shows. She first came into the limelight when she played the role of Lieutenant Mann in 2019’s Star Trek: Discovery.

Afterward, her popularity got further boosted when she portrayed the recurring role of Maggie Parsons in Hallmark Channel’s hit spin-off television show When Hope Calls (2019). In it, she appeared alongside Morgan Kohan, Jocelyn Hudon, and others.

The Rabid star celebrates her birthday on the 23rd of January every year. Currently, it is not known what the exact age of the actress is as the year of her birth is not disclosed.

Much like her exact age, the family life details, including that of her parents, of the 5 feet 8 inches (1.73 meters) tall actress is also pretty much hidden.

To this date, Talbot has successfully managed to keep those details behind the curtains. However, upon further digging into her Instagram handle, it was found that she has a brother named Willam Talbot.

She had posted a picture of her brother on April 6, 2015, her very first post on Instagram, and captioned it with, “A rare photo of my handsome brother!” The comment section of that post also hinted that she might have a sister named Caroline.

Other than that, not much information was found on her family life. Also, she hadn’t posted many pictures alongside her parents and siblings. It seems she is very much concerned about privacy.

The British-Canadian actress is currently available on two social media platforms; Instagram and Twitter. Though she is available there, she is not very much active and only uses them occasionally.

Talbot’s inactiveness can be verified by the fact that she joined Twitter on June 2014 and has made only 152 tweets. As for Instagram, her first post was on April 6, 2015, and currently, she has a total of 210 posts there.

Perhaps, her inactiveness might be one of the reasons why she has fewer followers. On Instagram, she has 3,860 followers and on Twitter, she has 907 followers, as of this writing.

4. Is Hanneke Married to a Husband or Dating a Boyfriend?

As already mentioned above, Talbot prefers to keep the details of things of her life up to herself only. And, when the matter comes to her love life, she has been very much quiet.

There have been no reports of the actress being married and settling down with a husband. Additionally, it is also not sure that the actress has a boyfriend or not.

In her social media handles, too, she has not shared pictures with a man who might be considered as his possible partner. Her social media gallery only consists of pictures alongside her friends, colleagues, and profession.

To conclude, it is pretty much obvious that Talbot’s relationship status remains unknown. She might be possibly dating someone or might be single and enjoying her singlehood.

The Netherlands-born actress made her debut in the entertainment industry in 2014 through a short movie titled The Place We Go to Hide. In the next year too, she only played in one short movie, The Advantages of Being Colourblind.

In 2016, Talbot made her television debut by playing a small role of a nurse in the show Humans. 2017 was also another year where she had one acting gig only. But, things changed in the next year.

She started off 2018 by playing the role of Vincent’s Assistant in The Captor. Then, she appeared as Violet in the TV movie, Christmas with a Prince. At last, she played the role of Melanie Anderson in Playing Dead.

2019 became a career-changing year for her as she appeared in 9 acting projects, out of which her performances in Star Trek: Discovery, Ready or Not, and When Hope Calls gave her the most popularity.

In 2020, she made her appearances in a number of movies and TV shows, including Possessor, Slaxx, A Teacher, and Supernatural. In this year, 2021, she has appeared in Dark Web: Cicada 3301 and voiced a character in Charlotte.

Currently, she has two short movies lined up; Thoughts of Us and The Wolf. With such an amazing acting career, it must be sure that she has accumulated a healthy net worth by this time. However, the exact figures of Hanneke Talbot’s net worth is yet to be disclosed.