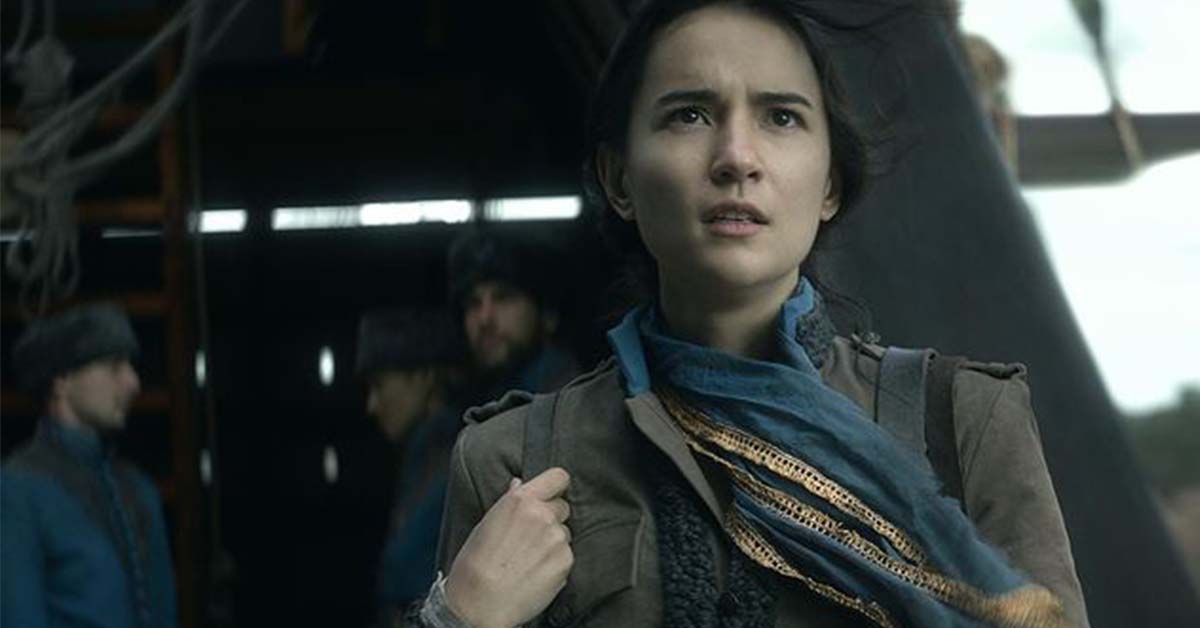 Jessica Mei Li is an up-and-rising English actress who has gained fame for her role as Alina Starkov in the much-anticipated Netflix series Shadow and Bone. The series is scheduled to release on April 23, 2021.

Besides that, the actress is also set to appear in Edgar Wright’s film Last Night in Soho, portraying the role of Lara Chung.

Her rising fame, therefore, has made many curious to learn about the life of the actress, including her age, birthday, ethnicity, education, and family details.

How Old is Jessie Mei Li?

Actress Mei Li was born on August 27, 1995, in Brighton, East Sussex, England. Going by her birth date, she is 25-year-old, as of this writing. Her birth sign is Virgo.

How Tall is Jessie Mei Li?

The talented British actress stands at the height of 5 feet 1 inch (1.54 meters), according to Gossipgist.

The Locked Up Abroad actress, Mei Li, was born to an English mother and Chinese father – thus, she belongs to mixed ethnicity.

Her parents raised her in Redhill, Surrey, along with her older brother.

For her studies, she attended Reigate College, after completing her high school education. In addition to that, she also studied languages at university but dropped out very soon.

Later, Mei Li enrolled at the National Youth Theatre in 2015 and trained part-time with Identity School of Acting from 2016 to 2017.

Despite being a public figure, actress Mei Li prefers to stay very low key on social media. She has an Instagram handle, which has a little over 52K followers, whereas she doesn’t own any Twitter or Facebook page.

Even on her Instagram, she has posted only 13 posts as of this writing – and most of them are about her upcoming series Shadow and Bone.

Most recently, on March 30, 2021, she took to Instagram to share the exclusive trailer of her show Shadow and Bone.

Has Less Than 10 Acting Credits

Mei Li is growing her career in the entertainment industry and her acting credits just show that. Since appearing in an episode ‘Together They Smoke’ of TV mini-series Shortflix in 2018, she has worked on a total of 8 acting projects so far.

Her released acting roles include – as Rose in Together, They Smoke, Claudia Casswell in All About Eve, Christina Jocko in Locked Up Abroad, and Kiera in Travelooper.

Her upcoming projects are Shadow and Bone, Last Night in Soho, and Pork Scratchings.

The actress, who belongs to mixed ethnicity in real life, is playing a character named Alina Starkov in the series Shadow and Bone who also happens to have a mixed race.

Talking with Collider magazine in March 2021, Mei Le pointed out the similarities in ethnicity between her real life and on-screen character.

She also added that her character receives various racist comments in the series just because she belonged to a mixed-race.

It was good you know there are some scenes in, you know, the first few episodes where you know you sort of see Alina having people make like racist comments to her and stuff.

But in the end, all those experiences make her strong and aspires her to achieve something big in life.

Mei Le said, “It was really interesting they’ve added that and I think it adds a lot more to sort of understand who she is as a person and why she doesn’t feel worthy. Because her journey starts off as ‘I’m no one, you know I’m just an outsider’ to suddenly being like ‘no, this is where I belong.’”