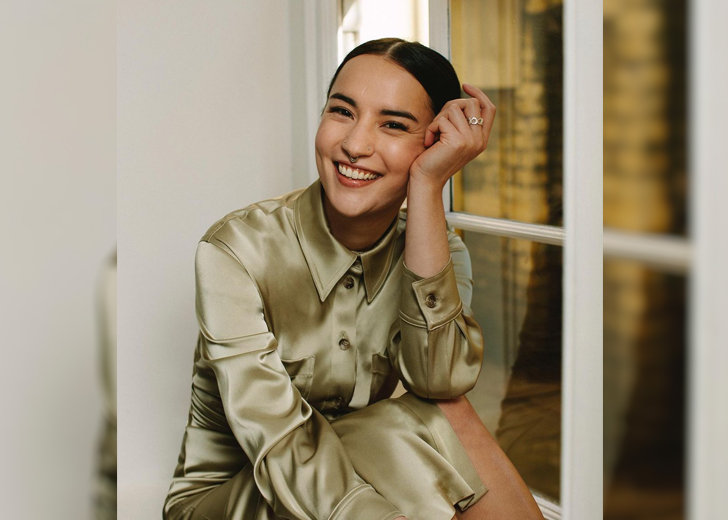 Jessica Mei Li is an up-and-rising English actress who came into the limelight following her portrayal of Alina Starkov in the hit Netflix series Shadow and Bone which aired on April 23, 2021.

Currently, she has been garnering positive attention for her performance of Lara in the soon-to-be-released movie Last Night in Soho. The British psychological horror film was released on September 4, 2021, in Venice, and will release in the United Kingdom on October 29, 2021.

Li’s rising fame has made many people curious to learn more about the actress, mainly about her love life. So, is she currently married to a husband or in love or an eligible bachelorette? Let’s find out!

Is Jessica Mei Li Married to a Husband?

The English actress tends to keep her personal life details away from the eyes of the media and public as much as possible.

As a result, not much regarding her personal life has surfaced on the internet. However, as per reports, it is fully confirmed that Li is yet to share the wedding vows and settle down with a husband.

Li Is in a Private Relationship

Although she might not be in a marital relationship, she is in fact in a romantic relationship with her partner. But, due to her secrecy, little to no details have been known about whom her partner is and what he looks like.

The first time the news of Li having a boyfriend surfaced was when the actress herself mentioned it in her Instagram post of March 15, 2021. In that post, the Brighton native talked about her diagnosis of ADHD.

“I was diagnosed with ADHD at 24, which answered many lifelong questions, and I feel like I’m finally understanding myself,” Li had written in the caption.

As she went on, she stated more on the topic via the caption and even mentioned that “Many people I know are self-diagnosed and that is completely valid.” In the fifth paragraph of the caption, she finally went on to mention having a boyfriend.

She had written, “I want to celebrate the neurodivergent people in my life. the autistic people that I love: my partner and my dad and my autistic pals.”

Some weeks later, on March 31, she shared a short clip of her hiding inside of a packaging box and it is believed that the video was captured by her secret boyfriend.

Afterward, she has not mentioned anything on her beau, either on her social media posts or in the media. It seems as if she is continuing the process of keeping her love life out of the limelight.

Furthermore, it is still unclear/unknown when Jessica Mei Li will introduce her partner to the world. Let’s just hope that day comes soon and we can learn more about their togetherness.

She Stays Low-Profile on Social Media

Currently, the 26 years old actress is only available on Instagram, where she has garnered over 657 thousand followers. Despite being a public figure and having a big fan following, Li rarely shares personal stuff there.

As of this writing, she only has 28 posts on Instagram, which is mostly related to photoshoots and her profession—sharing movie and TV shows’ clips, trailers, and behind the scene photos.

Her last post on Instagram was on August 6, 2021, when she shared some pictures from her latest photoshoot for the September 2021 issue of British Vogue Magazine.