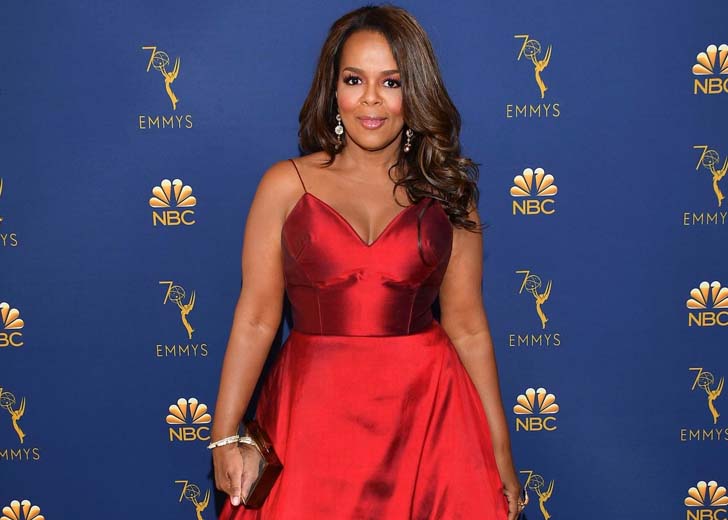 Know everything about Paula Newsome!

Paula Newsome is a talented American actress who recently appeared in the Marvel Cinematic Universe film Spider-Man: No Way Home. In it, she portrayed the role of MIT Assistant Vice-Chancellor.

In addition, she has appeared in movies and TV shows such as Conrad Bloom, The Lyon’s Den, Guess Who, Little Miss Sunshine, Reign Over Me, Women’s Murder Club, Bones, NCIS, Black or White, Chicago Med, and CSI: Vegas.

Furthermore, she played the recurring role of Detective Janice Moss in the first and second seasons of the HBO TV show Barry. The show’s third season is currently airing on HBO; however, it seems Newsome’s character isn’t a part of the show anymore.

How old is Paula Newsome?

Newsome was born and raised in the suburbs of Chicago, Illinois. Thus, she holds American nationality.

The details about the actress’ remain unknown. It’s so because she hasn’t revealed her exact date of birth to the public. Nonetheless, some reports suggest that she was born in 1971, making her 50 years of age.

Furthermore, she celebrates her birthday every year on October 6. On that day in 2019, she posted a picture on Instagram of herself with a birthday cake in front of her. Several of her friends and well-wishers had also sent birthday wishes in the post’s comment section.

Who are Paula Newsome’s parents?

It has been reported that Newsome comes from an African-American household, so she has mixed ethnicity.

Her father’s name is Max Donald Newsome, and her mother’s name is undisclosed. Besides that, there is little to no information about her parents. Her Instagram post of November 11, 2019, suggests that her father is no longer alive, and he died on July 10, 2019.

In the same post, she mentioned that her father was the reason she is who she is today and that he raised three girls — Newsome and her two sisters — through college and “raised 2 generations out of poverty.” No details about her sisters are disclosed now.

Is Paula Newsome married to a husband?

It could easily be assumed that Newsome has kept a fair share of further information about her life upto herself only. And she has done the same thing when it comes to her private life.

There have been no reports of the Reign Over Me actress dating someone or even sharing the wedding vows with a significant other. Thus, it cannot be said that she has a partner or a husband.

Nonetheless, some outlets have reported that Newsome might have a husband by considering the aforementioned birthday post on her Instagram handle. The picture she had shared was alongside a man named George Daniels.

The two were close as the photo was captured. “I am not surprised often…. well done Danny. #Family,” she captioned the picture, followed by a red heart emoji.

However, it is yet to be confirmed that the said man is either dating or married to Newsome. And until anything is officially confirmed, nothing can be said about the actress’ relationship status.

How much is Paula Newsome’s net worth?

Newsome has been a part of the entertainment industry since her acting debut in 1990. She has played several minor and major roles in multiple movies and TV shows following her debut.

As of now, she has 64 acting credits on her IMDb profile. Considering her work, it must be sure that she has accumulated decent net worth. And while that might be possible, her exact net worth is yet to be disclosed, though some suggest it might be around $2 million.

Does Paula Newsome have a disability? Funny walk explained

In 2021, Newsome portrayed the role of Maxine Roby in the TV show CSI: Vegas, in which her character had a funny leg walk. And the viewers had noticed that, leading them to wonder whether there was a problem with the actress’ leg or if she had a disability.

To answer those queries, there have been no reports of the actress having a disability or problem with her leg. Newsome is quite active on Instagram and has never addressed the issue, perhaps because there isn’t an issue.

The awkward walk might just result from some temporary bruise on her legs or some uncomfortable outfit. And that, too, hasn’t been confirmed.

For a long time, fans have been confused between Paula Newsome and Oprah Winfrey due to their uncanny resemblance.

However, the actress and talk show host only share some matching qualities and are unrelated. Another person with whom Newsome is confused is Raven Blair Davis of The Talk Show Maven.