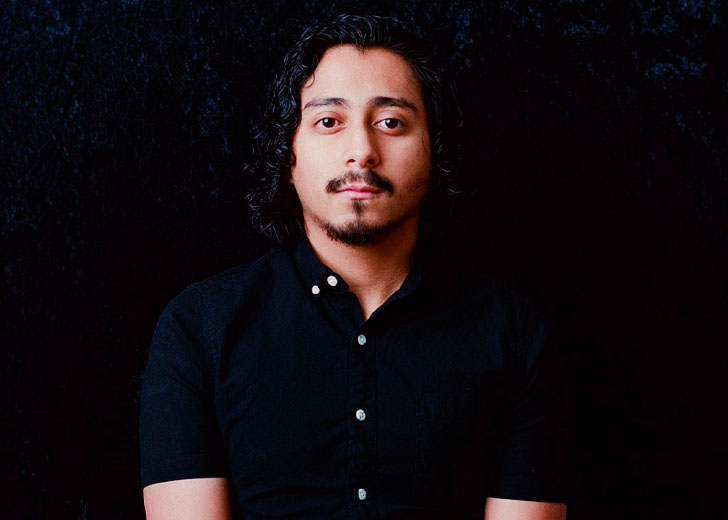 Anthony Quinonez, known by his stage name Tony Revolori, is an American-born actor of Indian decent. He received widespread fame after portraying the role of Zero in the 2014 movie titled The Grand Budapest Hotel.

For his amazing performance in the movie, he won several awards, including SEFCA Award, GAFCA Award, FFCC Award. He also got several nominations at different awards shows.

Recently, he is gaining popularity for his portrayal of Flash Thompson in the Marvel + Sony’s Spider-man movies. He has already appeared in 2017’s Spider-Man: Homecoming and its 2019 sequel, Spider-man: Far From Home.

Revolori Was into Acting from an Early Age

The California native was interested in the entertainment industry ever since he was just a toddler. As his father, Mario Quiñonez, was an actor in his early days, it influenced Tony as well as his older brother, Mario Revolori.

At the age of two, he landed a baby food commercial. Soon, the young Tony Revolori began to learn to act. His performance excelled as time passed, and he began playing in more commercials and advertisements.

In his family, Tony also has his mother, whom he wished her birthday on Instagram on December 5, 2020.

Following a lot of struggles, the 5 feet 6¼ inches tall actor finally made his debut in 2004 through a short movie titled Nebraska. Then, he took a break for almost 2 years and returned through the 2006’s TV series, The Unit.

In the next year, he played a short role in Entourage. Afterward, he played many cameo roles in numerous movies and TV shows until he received his first major role in 2014’s The Grand Budapest Hotel.

Revolori’s performance as Zero was loved by many, and it provided him with the necessary self-confidence as well as fame. His journey in the entertainment industry continued as he appeared in Umrika (2015), Dope (2015), The 5th Wave (2016), and Son of Zorn (2016).

2017 was a big year for the 25-year-old actor as he appeared in several acting gigs. Some of them were Take the 10, Table 19, Please Stand By, and Workaholics. But, his portrayal as Flash Thompson in Spider-Man: Homecoming gave him the most limelight.

In 2018, he only played small roles in a few acting projects. His notable work in 2018 was his appearance as Nat in The Long Dumb Road. Revolori started the next year by playing Samuel Diaz in The Sound of Silence.

Then, he reprised his role of Flash Thompson in Spider-Man: Far from Home and appeared in some short videos. Most recently, he has played in some well-appraised acting gigs such as Royalties (2020), Servant (2019-21), and The French Dispatch (2021).

Soon, he will appear as Eric in the short movie titled The Drive. He will also be reprising the same role as Flash Thompson in the third installment of the Spider-man movie, Spider-man: No Way Home, releasing on December 17, 2021.

In that movie, he will star alongside Tom Holland, Zendaya, Jacob Batalon, Alfred Molina, and other talented actors. At last, Revolori has yet another upcoming acting gig titled Exchanged. It is currently in pre-production.

Revolori has had a very flourishing career in the entertainment industry. He has been involved with some hit-acting projects, which have paid him well. Additionally, his involvement in Marvel + Sony’s Spider-man movies has provided him with some healthy pay-cheques.

Taking all of that into consideration, he must have accumulated a good net worth too. Well, Celebrity Net Worth reports that Tony Revolori has a net worth of $1 million.

Sneak Peek into His Dating Life

The American actor of Guatemalan descent has kept his personal life details up to himself only. He has always kept a low profile when it comes to his love life.

If we take a look at his social media handles, it can be seen that he has only shared pictures from his time with friends, families, and profession. None of those images possibly hint that he might be dating someone.

The actor’s single relationship status was seen on his tweet of August 2, 2016, when he posted a funny gif of a man laughing as well as crying, with a caption that said, “When you hear it’s #NationalGirlfriendDay.”

Although it seems quite clear that Revolori might be single and doesn’t have a girlfriend, his low-key dating life has made people wonder if he is gay. However, nothing can be said on that matter without any official confirmation.

Though the actor might not be gay in real life, it is rumored that his Spider-man character, Flash Thompson, will be revealed as gay in the upcoming Spider-man: No Way Home. The Global Coverage reported the news in 2020 that Marvel and Sony will possibly introduce Flash as gay.

Nonetheless, the news is yet to be confirmed by the official sources of Marvel as well as Sony. It can only be verified by seeing the movie when it releases on December 17, 2021.