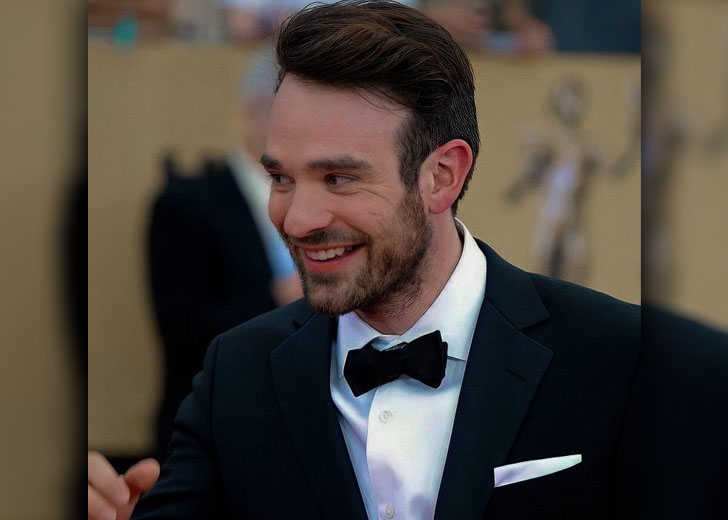 Charlie Cox and his wife have been reportedly dating since mid-2015.

Charlie Cox has been garnering fans from all around the world through his acting performances. He is best known for his portrayal of Matt Murdock, aka Daredevil, in the Marvel TV show, Daredevil.

Fans were quite worried after the superhero show was canceled. But, thankfully, after years of wait, the crime-fighting lawyer made his return in one of the biggest grossing movies of 2021, Spider-Man: No Way Home.

Cox’s professional life is full of success, with him appearing in several hit movies and TV shows. And the same could be said about his personal life. Cox has been in a marital relationship for a long time. Besides, he even shares two adorable children with his wife.

Who is Charlie Cox married to?

Cox has been married to his lovely wife named Samantha Thomas. As per reports, they walked down the aisle in September 2018.

Although they got into a marital relationship in late 2018, they were together for a longer time. Cox and Thomas have been reported to be dating since mid-2015. However, the exact timeframe of their relationship’s initiation remains unknown.

It’s because both Cox and Thomas are quite private when it comes to their personal life. They rarely share details about their romantic life in public. Besides, both of them seem to be not available on any social media platforms.

As years passed, the couple continued to be together while maintaining privacy. Nonetheless, it was known that they were still together as from the photographs taken by the paparazzi.

Before their marriage, the then-dating couple even worked together at Marvel Studios – Cox was playing the role of Daredevil in Marvel shows, whereas Thomas worked for Marvel Television and served as the Vice President of Original Programming.

In September 2018, it was reported that they got married. But, the details were not provided to others. As of now, they are still together and reside happily with their two children in Connecticut.

The first time Cox and Thomas became parents was in 2016. As per People, Cox announced that his wife [then-girlfriend] was pregnant in September 2016 during Fan Expo Canada in Toronto.

Charlie Cox and his wife, Samantha Thomas, at an event (Photo: Getty Images)

While talking to Panel moderator Joe Quesada, Cox said, “My girlfriend [was] pretty amused when I said I was going to Toronto a couple weeks beforehand, by the way. And I went, ‘So, keep your legs closed.”

The actor continued telling Quesada, “I kind of feel like I’m putting you on the spot here, but one of the things [my girlfriend] said to me before I left was, ‘If you see Joe, you have to convince him to do a Baby Daredevil drawing for us.'”

Before announcing his girlfriend turned wife’s pregnancy, Cox had been very private about his personal life. Besides, no one knew he became a father until his The Defenders co-star Mike Colter spilled the beans during a Marvel Facebook Livestream in October 2016.

Charlie Cox during a Broadway Photo Shoot at the Bernard B. Jacobs Theatre (Photo: Walter McBride)

In that Livestream, Colter congratulated the “proud new dad.” Cox nodded and agreed to his co-star’s statement as he said, “I haven’t finished [watching] your show [Luke Cage] yet, but you know I have a reason [his newborn].”

It’s reported that his firstborn is a daughter – name undisclosed. Although the news was out, Cox remained silent on his baby girl.

Around four years later, in February 2020, the married couple welcomed their second child. In a virtual conversation with Comic Book’s Adam Barnhardt, Cox revealed – probably for the first time – that he and his wife welcomed a second baby.

In the conversation, Barnhardt had asked the actor if he is keeping himself busy during these times [the pandemic]? In reply, Cox revealed that he has become a father for the second time in his life and has been keeping busy.

He said, “I am. I have a newborn. Um, so, my wife gave birth right when all of this started, about a month ago.”

“So, in a strange way, it’s actually quiet a nice time to be isolating because you know we are all together as a family and these early few weeks to the… requires a lot of attention anyway. But yes we are busy,” he further added.

Afterward, Cox talks about several things, including how he and his friends haven’t completed the Game of Thrones – they’ve just finished watching season two.

Currently, Cox and his wife had chosen to apply the same privacy option when they welcomed their first child. Nonetheless, it’s widely reported that his second child is a son.