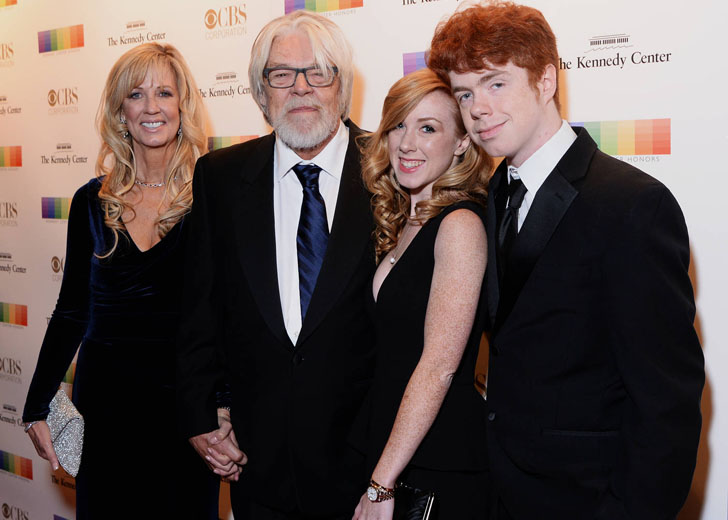 “I had kids at age 47, and very late in life. Then I had the kids and [thought], you know, it might be a good time to slow down and watch them grow up,” the musician said.

The American singer-songwriter and his wife have been together ever since they walked down the aisle on July 10, 1993, at The Village Club, in Bloomfield Hills. Following their marriage, they began residing in Orchard Lake Village, Michigan.

Over the years, Seger and Dorricott have maintained quite a wonderful and strong bond. The singer has even dedicated some of his songs to his life partner. In a conversation with CBS This Morning in 2014, he mentioned that his album Ride Out was a love letter to his wife.

From his marriage with Dorricott, Seger is a father to two children: a son named Christopher Cole Seger and a daughter named Samantha Char Seger. Together, the family of four reside happily.

Who is Bob Seger’s wife?

As per reports, Seger’s present wife, Dorricott, is an American lawyer.

Besides that one piece of information, no other details are known about her. This is because Seger and Dorricott prefer privacy over their lives. Besides, Dorricott has always remained away from her spouse’s limelight.

Thus, the details about her age, birthplace, parents, family, and many more things remain disclosed. And as those information hasn’t been revealed for years, it may remain a secret till the end.

Before Seger and his wife welcomed two adorable kids in their family, the musician was very busy with his music career, releasing several hit songs and albums and going on nationwide tours.

Bob Seger and Juanita Dorricott at an event (Photo: Facebook)

But when the 76-year-old (now) musician welcomed kids at the age of 47, he decided it was best to take a break to see his children grow in front of his eyes and don’t miss a moment of their childhood.

He started his break around 1996 as he moved back to his hometown of Detroit for good with his wife and kids. That break lasted for 11 years later, as he returned in 2007. Upon his return, he was interviewed by Sunday Morning correspondent Russ Mitchell.

Recalling about the things he did during his break, he said, “Most of the time, I’m here in Michigan and I’m taking out the garbage every Monday. I get up and move a couple of cans out to the edge of the road like everybody else.”

After that, Seger talked about his break to raise his kids and said, “I had kids at age 47, and very late in life, and I’d been doing it for 30 straight years, writing songs, making a record and touring and starting the process right over.”

“Then I had the kids and [thought], you know, it might be a good time to slow down and watch them grow up — you’re never gonna get another chance to see it,” he further added.

Seger also mentioned that he wrote his new album Face The Promise – released upon returning from his break – while keeping a “very special audience in mind.”

“A lot of it is me, maybe in a subterranean manner, offering advice to my kids. When you have kids, you start thinking about their future and you forget about yours. So I feel I’ve gotta take a stand on certain things.”

“I wanna tell them how I feel about things — this may be my last chance to do it. You know, I’m 61 years old, so I want to go on record with them a little bit,” he concluded.

At the end of the interview, Seger stated that his kids enjoy his career as they can see their father as a rock star. He further said that his son and daughter are his biggest supporters.

He said, “They want to see me on stage, so they’re just getting it, you know, what I do. ‘Awesome, Dad.’ That’s what my son says.”

Fast forward to now, Seger’s son, Christopher Cole Seger, is an actor, writer, and director. He has acted in two short movies — Strawman and Extrinsic Truth — and one movie — Affliction. Similarly, he has three and two credits as a writer and director, respectively.

Currently, there is little to no information available on Seger’s daughter.

Before Seger’s long-lasting marriage with his present wife, he was married twice and was in one long-term relationship.

He was first married to Renee Andrietti. They shared the wedding vows in 1968; however, that marriage lasted for “one day short of a year.” Speaking of that failed marriage, Seger has referred to it “as a foolish, impulsive marriage.”

Four years later, in 1972, he began dating Jan Dinsdale. While they were together, Seger wrote many songs based on his dating life experience. Sadly, their togetherness didn’t last forever as they broke up after 11 years in 1983.

His biographical notes mention his split with Dinsdale. He said, “The breakup sent me off into unknown territory. I was always used to having someone there, was really used to Jan. I didn’t have that anchor anymore….”

Later, Seger walked down the aisle with actress Annette Sinclair in 1987. But, like last time, this relationship also didn’t work as they divorced just one year later.

The musician eventually found his right partner in his present wife, Juanita Dorricott. Everything became right afterward as he and his wife stayed together through their highs and lows.

In an interview with Gary Graff for the Detroit Free Press in October 1994, Seger was asked about work and family life. In reply, he mentioned that following the death of his mother, he “really started to think, ‘Who am I doing it for now? Both my parents are gone; is it just for me?'”

But then his wife came along, and soon he welcomed his son, and “it was like ‘OK, this is another new change, and I don’t want to blow it. So I got serious about that.'”