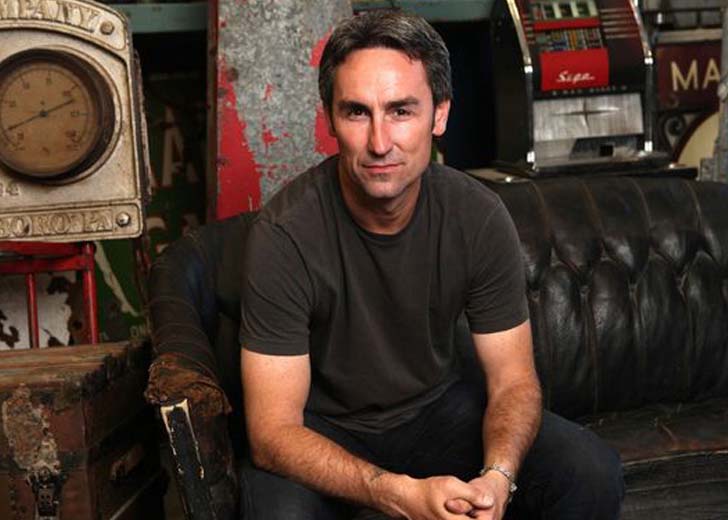 Mike Wolfe is a reality television star best known for creating and co-hosting the reality TV show American Pickers, a show centered around pickers who go from town to town looking for antiques and collectibles.

The 57-year-old host is also an ambassador of the Operation Smile project and runs an antique and apparel company Antique Archaeology.

Wolfe’s marriage came to an end when his longtime partner and wife Jodi Faeth filed for divorce on their home turf of Williamson County, Tennessee, in November after nearly 10 years of marriage.

Faeth, who cited irreconcilable differences as the reason for the split, stated a separation date in June of 2020.

Wolfe and Faeth had been together as a couple since the early 1990s. They were in a relationship for 18 years before they tied the knot in September 2012 in Franklin, Tennessee.

Before getting married, the same year, on January 30, the ex-couple had also welcomed their first child together: a daughter named Charlie Faeth Wolfe.

After the divorce, their 9-year-old daughter is supposed to live with her mother, Faeth.

In addition, Wolfe was also one of the people who stood by his ex-wife while she battled cancer in 2013. She was diagnosed with stage 2 Non-Hodgkin’s Lymphoma.

Rumored of Dating a New Girlfriend

The reality television star reportedly is dating Leticia Cline, who is also a reality TV star known for her appearance in Beauty and the Geek.

Moreover, his new alleged girlfriend Cline, the University Of Kentucky alum, started her career as a teen model and has also worked as an accountant.

In addition to Beauty and the Geek, she has appeared as a sideline reporter for TNA Wrestling and on The Howard Stern Show.

Wolfe has been linked with her ever since he separated from his ex-wife. But details about how and when they met is still unclear.

But they were spotted hanging out together back in April 2018, which suggests that they have known each other for a long time now. Cline had posted their time together on Instagram.

The two have recently been going out for American Pickers shoots together, including one in San Francisco last month and another this month. According to TMZ, their relationship is “pretty serious.”

However, the couple is yet to confirm the claims themselves.

Wolfe Earned Huge Net Worth from His Career

Wolfe, who has been appearing on television since 2007, has delivered multiple hit shows. Fans love watching him and his picking skills.

Over the years, he has also published two books highlighting picking skills: Kid Pickers: How To Turn Jack Into Treasure and Art Of The Pick.

In 2012, he even brought a 5,100 square feet dream house which is spread over 32-acres-of-woodland. The house’s entrance gate is an 18th-century gate, and the inside of the house includes his collection of over 40 motorcycles and a built-in telephone booth.

He has a net worth of $7 million with all his works and investments, according to Celebrity Net Worth.

'The Jump' Host Rachel Nichols Salary and Net Worth: Inside Her Career

Is 'Loki' Star Jonathan Majors Married to a Wife? Facts about His Height, Daughter, and Career