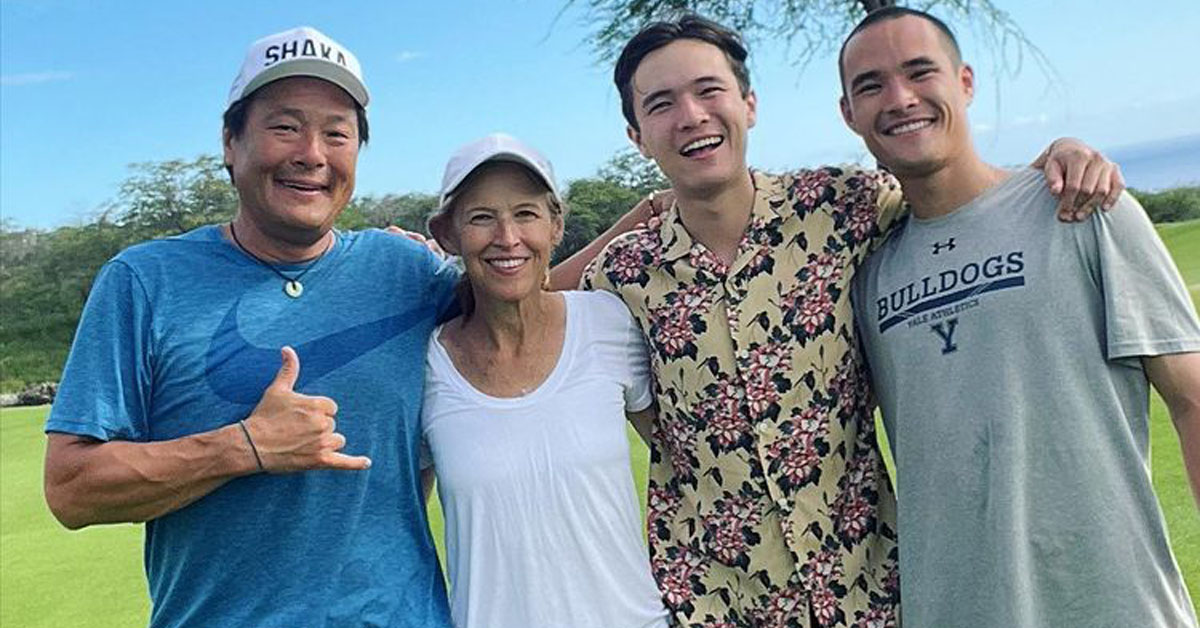 Several death rumors of Ming Tsai’s wife, Polly Tsai, have been circulating around the internet lately.

It turns out all of the speculations are false as Polly was seen fit and healthy in her famed chef husband’s recent Instagram picture.

On May 9, 2021, the Asian-American chef took to Instagram to wish his wife on the special occasion of International Mother’s Day. Ming posted a picture accompanied by his lovely wife and two sons.

“To the best Mom on Mother’s Day! She keeps all 3 boys in line and taught my sons how to be kind….. #bekind #attitude,” the 57-year-old chef wrote in the caption.

Moments after the picture was shared, fans of the chef and his family took to the comment section to send their good wishes.

One fan wrote, “Such a lovely family. Wishing you all the best.”

“Happy Mother’s Day to your beautiful wife and Mom,” another added.

Before that post, the Newport Beach, California native’s last post related to his wife dates back to February 14, 2021, when he wished her on Valentine’s Day.

His Wife’s Cancer and Death Rumors

The gossips of Ming’s wife’s death originated when it was found out that she was battling Stage 4 lung cancer. But the news had come out a long time ago.

Yes! That’s correct. The chef’s wife was diagnosed with cancer back in October 2017. Her battle with cancer was first known when she had a seizure and did a series of tests and scans at the Newton-Wellesley Hospital.

After knowing that, immediate measures were followed as guided by doctors. Oral therapy was administered immediately alongside other procedures that included palliative chemotherapy.

As time passed, the treatment process started to give good results as she overcame cancer. In no matter of time, Polly’s health returned to normal.

Following such a tragic incident that struck his home, Ming realized that his family isn’t the only one that suffers from the same type of disease and how the treatment process is very expensive. So, he reached out to Family Reach and began to provide financial aid to under-served families affected by cancer.

For his generous help, which he is still doing, he received the 2018 Impact Award in an event organized by the American Cancer Society in California.

In recent times, he has also raised awareness about lung cancer and urges the Asian-American community to be proactive.

Ming is a popular chef who has earned fame for his culinary mix of Eastern and Western flavors. In addition to that, he is also known for hosting the cooking show Simply Ming, authoring cookbooks, and owning chains of restaurants.

Is 'Loki' Star Jonathan Majors Married to a Wife? Facts about His Height, Daughter, and Career